by Scott D. Williams 2 years ago in disorder
Report Story

Do you associate letters and numbers with colors? 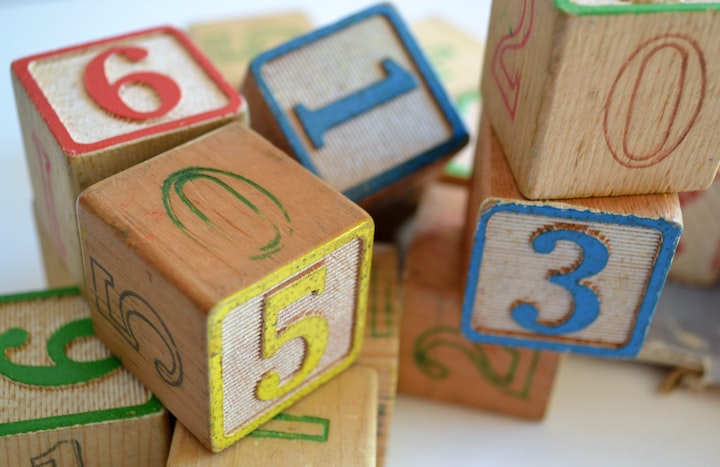 For as long as I can remember, I’ve always automatically seen specific colors as numbers. For instance, the number one is black. Always. Three is red, four is olive green, and so on (see above). The number 842 looks like purple, olive green, pale yellow. If I stare at a painting it’s an exercise in paint-by-numbers, but mixed colors don’t have the same effect. Maroon, for instance, means nothing but maroon.

While considered uncommon – probably less than five percent of people have it – it can take different forms. There are people like the musician Billy Joel who “hear” colors, for example. Others may experience a sensation when they see someone else touching something. Some even feel like numbers or letters have distinctive personality traits (I get that too. The number four feels positively threatening to me. More on that later).

Don’t worry, it isn’t contagious and it doesn’t hurt. You won’t find it in the American Psychiatric Association’s Diagnostic and Statistical Manual of Mental Disorders. It’s actually quite harmless, unless you suffer from sensory overload. I suppose it’s just another way of experiencing the world.

I thought this was normal, as if everyone experienced their environment the same way I do. I was surprised when I explained this phenomenon to some friends and they looked at me as if I’d lost my mind.

They couldn’t fathom why I would have such a visceral reaction to mere digits, even though they all had their favorite “lucky” numbers. My lucky numbers are one and three, which match my favorite colors, black and red.

To take it further, I associate some letters in the same way, but not all. I see the letter M as a sort of aquamarine blue, the same shade as the number six. And D is that same olive green (which I find repulsive) as four. The letters L or Z mean nothing unusual to me, but R is a deep red and B is a light blue. A is just like the number two, a pale yellow. By the way, the number zero to me looks white – the absence of color. Seems logical to me.

Oddly, certain numbers-colors can also have an emotional effect on me. The olive green and, to a lesser extent, purple, I find literally distasteful and in fact, unlucky. I habitually avoid them as much as I do pimento olives and grape juice, and I avoid those foods and numbers like the plague. For example, when I adjust the volume on my television or audio system, I never let a four or eight be the last number. The number 44 is anathema to me, while I consider 13 the luckiest of numbers. It has everything to do with the color I imagine when I see them. Four and eight are threats, so they must be bad luck. Weird, huh?

Do you have synesthesia? You’re in good company. Marilyn Monroe allegedly had it, as well as Nicola Tesla, Vincent Van Gogh and other artist types. Separately, some autistics have the condition too, which more often than not seems to be a natural phenomenon that people have at an early age. So never fear! Synesthesia is NOT normally a disability or something to be ashamed of. Think of it as a special power and rejoice fellow synesthetes!

There are plenty of articles that discuss synesthesia if you wish to learn more about it. I consulted betterhelp.com for facts, but there are others you can check out too.

More stories from Scott D. Williams and writers in Psyche and other communities.