by Lumos Leviosa 5 months ago in selfcare

How awesome would it have been if you were there for your younger self? 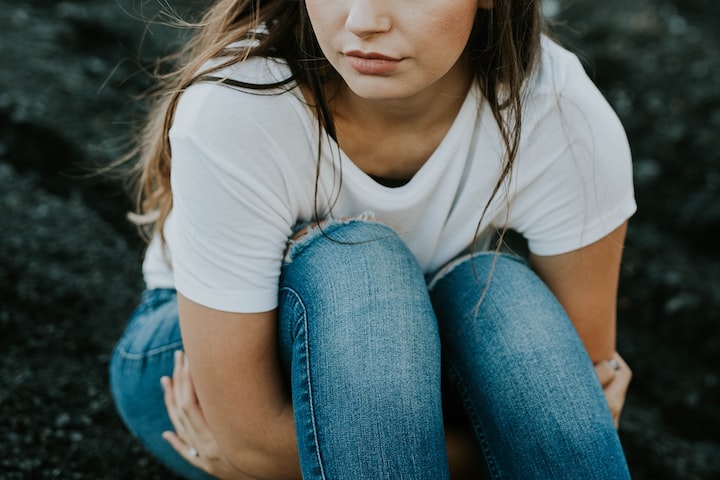 Chances are that if you are a breathing human being, and are currently reading this article you might have had at least a few regrets in your life. It could have been about that one relationship you should’ve held on to or that one career decision you shouldn’t have taken.

Anyways regardless of your age, the present situation in life, or your levels of contentment, it is almost impossible not to have had that gnawing voice lingering at the back of your head at some point in your life, telling you that things may have turned out to be completely different only you had done things a certain way.

“Regrets are idle; yet history is one long regret. Everything might have turned out so differently.” — Charles Dudley Warner

But alas, we cannot change what has been done, and the only appropriate action is to learn from our choices and to ensure that we never repeat the same mistakes again. It is rightly said that the same mistake made twice is not a mistake but a choice by itself.

In this story, I will talk about a few things that I wish I could've told my younger self so that I could have handled my OCD better.

I still remember my very first encounter with OCD. It greeted me with such a vivacious intensity that simply thinking of that day today is enough to get me all panicky. When the first thought struck me, I was completely taken aback. I did not know that my mind could think this way. I never knew that it was possible for a person to feel such intense bouts of guilt all at once. It was like my mind had been hijacked by some invisible force so strong that only one puff was enough for it to tear down my walls. I was bombarded by innumerable obsessions, fears, and accusations. It was only when I had uncloaked the monster that I had realized, it was me who was tormenting myself — I was my own monster.

I was held at gunpoint and a hooded dementor stood before me, cloaked completely in black. For a moment, I felt as if I was Harry Potter trying to fend away the dementors for the first time without knowing how to dispel them away.

If only I had known how to use ‘Expecto Patronum’ then so that I could just fend those sickly creatures away. Fortunately, I did find my Professor Lupin soon enough who taught me how to fight these dementors (and also gave me his iconic chocolate bar).

Over the past few years, I’ve learned a lot about myself, particularly about my OCD and how it manages to morph itself into scarier versions as I begin to get rid of my old obsessions. I just wish I could hold her hands, kneel before the younger version of myself, clasp my palms in hers and assure her that what she is currently so worked up about is not worth the effort. I want to tell her that she is capable, enough to handle this and that she will face many amazing times over the next few years. Sometimes even now, I just wish if my future self would pay me an unexpected visit and tell me the same things.

So here is a list of things that I wish I could tell my younger self:

Don't wait for OCD to go to live

My OCD basically likes to make me feel like the bad guy every now and then. It’s like my brain is a courtroom where my trial is being conducted. I am at trial in front of the entire nation and people keep flinging allegations towards me. I am the victim, the guilty, and the jury too. It’s like I have all the power yet I am utterly powerless to save myself from me. I cannot stress this point further but I would literally do anything to prevent my younger self to think less of herself.

Throughout my school years, I would have an obsession with doing its work at the back of my head while I put on a smiling face and play along with my friends. I can say that I did not let OCD spoil my social or educational life to a great extent. I did make an effort to hide this monster from my friends and relatives. I managed to keep a merry countenance throughout. I do know that most people aren’t able to do this and I am very fortunate to have such a magical switch that I could turn on and off. But the problem with this switch is that it only worked when it wanted to, not when I wanted it to work. Had I had such a switch that could be turned on and off at my will I wouldn’t be writing this article right now.

But alas, apart from the magical switch and regardless of how hard I tried to put forth a sunny version of myself, I always had this opinion that after OCD my life would be so much better than it is now. But what I didn’t realize is that I could go on living the life I wanted hand-in-hand with OCD. It could just be a mute spectator of the performance of my life. It’s just that I always thought that recovery means that the monster just goes away, little did I know that the monster never goes but just that you get used to its presence and you are not taken aback by its intrusive intensity anymore.

I have had some of the best moments in my life whilst having OCD. I managed to get a well-paid job, which I will join as soon as my engineering degree is done. I’ve also had some of the most unforgettable late-night chats with my friends and I spent quite a good amount of time with my family.

So the bottom line is “Just don’t wait to live”.

I wish I had been more approachable. I do have a few close people whom I could call my closest buddies but I still feel that I could’ve made an effort to go out there and talk someone up. Now, whenever I’m down, I just talk to my friends, and trust me — everything just seems better. When I was young, I wasn’t much of a person who craved heart-to-heart conversations with my best pals but now I cherish those chats.

Don't think less of yourself

You are valued, and this disorder does not have any say in your life. OCD is not a part of you, rather it exists without you. Do not get all worked up trying to ruminate about these intrusive thoughts. They are basically white noises in your head that need to be discarded. You are important and much more than your OCD.

I do have a few more points in mind, but that’ll do for another time.

Receive stories by Lumos Leviosa in your feed
Lumos Leviosa
Read next: Covert Narcissism and the Adders of Cornwall