A Coloring Book Saved My Life.

by Alexandra Corlett 2 months ago in disorder

How Giving in to My Right Brain Brought Me to My Best Life, ADHD and All 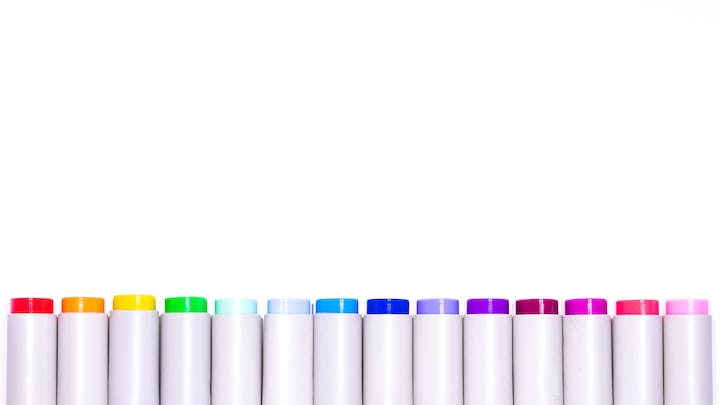 In 2016, somebody gave me a coloring book for Christmas. It was an “adult coloring book,” per the centrally-placed text on its front cover; and allegedly, its purpose was to inspire the colorer. Well, I was an inspiration-seeking adult in 2016, so I gave it a good, cursory glance. To my relative unsurprise, I was not overcome with a sense of enlightenment. In fact, I felt nothing—not even an urge to fill in its blank pages with color. So, I chucked it, along with equally undesirable Christmas gifts, into a flat-rate box bound for oblivion.

Turns out, oblivion doesn’t accept people’s junk. But Goodwill does, so, after driving back to my university—three states away from where my family does Christmas—that was Stop #1. Except, when I stood over the donation bins and dumped all the other unwanted Christmas presents with ease, the damned coloring book got stuck in the box. I shook it, but it wouldn’t budge, so I reached in and yanked it out, only to find that I couldn’t let go of it. I tried to drop it into the bin, but my fingers held it in a vice. Something told me I needed to hold onto it: it was going to be useful someday.

In the Fall of 2017—my third semester of engineering school—I began to experience debilitating episodes in which I fixated on the prospect of suicide. I didn’t actually want to kill myself; it was much more complicated than that. The best way I can describe it is to compare it to a virus. The virus slipped in at some point—probably in 2017—without my noticing and lay dormant, until my immune system was lagging. Then it struck, manifesting in me like a demon. It dug its talons into my consciousness and ripped my thoughts to pieces. It snatched me away from reality and chained me to the bottom of my own soul while it wreaked havoc on my life. I could only sit there, thrashing and screeching, while the virus stood next to my self-destruct button, grinning abhorrently and playfully jabbing a finger at it.

Enter inspirational adult coloring book. One day, I came home from school and felt that familiar, dizzying surge of adrenaline that always precluded one of these torture sessions, and in a panic, I frantically scanned my apartment for something to stop my mind from going into overdrive. It only took me a second to spot the coloring book, peeking out from the depths of an open filing cabinet drawer. Without a second thought, I seized it and stumbled to a seat at my desk. I opened the book somewhere between the middle and the end, grabbed a marker, and began to color.

For a little while, the demon in my brain was still. All that existed in the world was the tip of my marker and its path between the lines on the page, and the subsequent evolution of a scene from a depthless array of black and white. I think I stunned the virus—it wasn’t prepared for such a drastic change in my thought patterns. But, to stun does not typically mean to exterminate; inevitably, the virus came back around, tried to take me down again, but I’d already prepared for its revival. The second I felt it clawing its way to the surface, I put on a podcast.

Alas—just as taking Advil for a sinus infection temporarily alleviates the pain, coloring and listening to podcasts successfully held back my self-sabotage, but only until I was back to the daily grind of engineering school. You can’t cure an infection with a Band-aid, and after extensive help from doctors, friends, and family, I finally found out that what I was battling was not, in fact, a virus.

Early in the summer of 2018, I was diagnosed with ADHD. The doctor responsible for this diagnosis explained my coloring behavior as a means of combatting the wilds of my mind. Because the ADHD struggle is rooted in a lack of control over oneself, many people with ADHD seek out activities that tend to overpower their mental chaos, activities in which control is a significant factor—coloring, for instance.

This diagnosis prompted an immediate reassessment of my lifestyle. I began to think that perhaps engineering—i.e. working in an office doing life-dependent calculations while competing for worth in order to climb the corporate ladder—wasn’t actually my cup of tea. I started exploring activities that allowed me to exercise the same strict control that I employed while coloring. Naturally, things like embroidery, painting, writing, and DIY home projects became important parts of my daily routine. During the 2020 pandemic, I found myself cooped up without a job, and these activities suddenly comprised my entire daily routine. It was then, wrapped in embroidery thread and churning out autobiographical blog posts sprinkled with my own illustrations, that I realized I’d found my calling. I gave up on engineering school and switched to writing, illustrating, occasional embroidery, and making jewelry. I’ve done a full 180, from left-brained to right-brained—engineer to creator—and I wouldn’t trade this new life for the world.

In other words, coloring was probably the best means of self-medication I could’ve turned to. It scares me to think of what might’ve happened if I’d managed to toss that coloring book. Would I have survived to become the creator I am today? I suppose I’ll never know.

So, whether you’re struggling with the weight of mental illness or just the toils of being alive, don’t give up just yet—give your right brain a chance. Let it splash a little color on your life. You never know—it just might save your life, too.