A choice or a disease?

by Chelsea Marie Riehl 2 years ago in addiction
Report Story 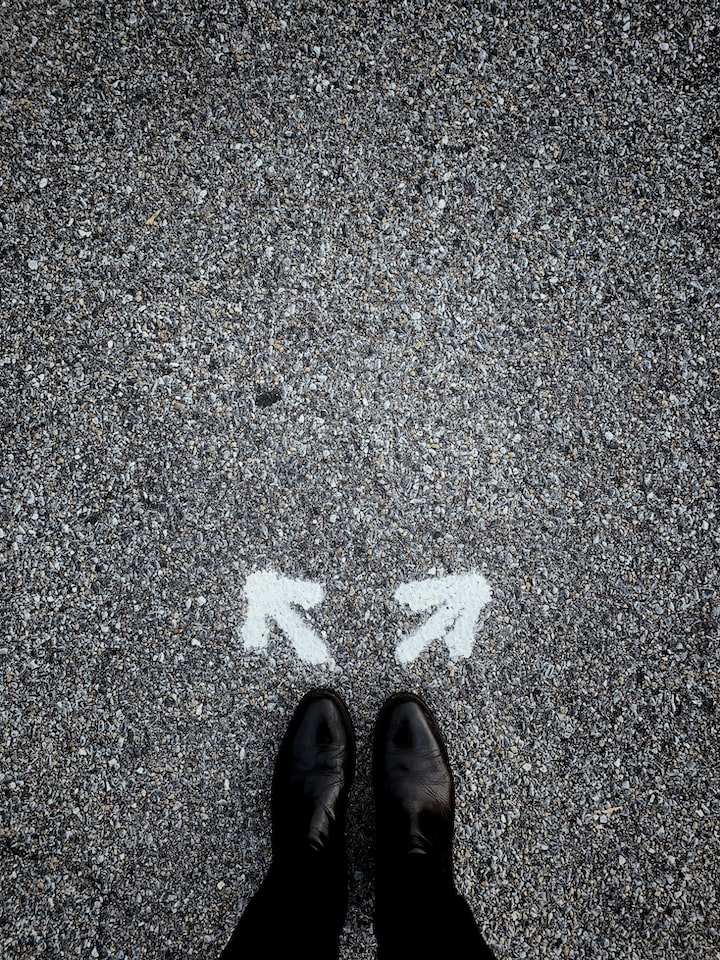 My mother was only 17 when she had me, still a kid herself really. I am the oldest of 4 and as I grew, I watched my mother turn from my protector, my best friend, to someone I no longer recognized and despised.

My childhood was in no way the best. I have some good memories, but with so many in my family that suffer from different mental health issues, it was rough. I don't remember much before I was 3 years old. That's around the same time my stepdad came into the picture. Soon after, my first brother was born and everything was changed. My mother had her own rough childhood and in my opinion, was never ready to be a mother. My stepfather only made things worse, treating me horribly. My opinion, it was due to the fact I was not his biological child. As I grew older and more siblings came along, I felt the abuse become worse. It wasn't always just me but the majority of the time, I was the one getting screamed at, hit, kicked, etc. My mother though, either never saw it or never believed me.

However, he would also physically and verbally abuse her. He was a horrible drunk. There were many times I thought she was going to end up dead at his hand and then me next. My mother though, she learned how to deal with this in such a awful way. During the day, while he was at work, my mother would take care of what needed to be done. Once my stepdad came home however, she would hide in their bedroom and drink. Leaving me to deal with the monster of a man. At just 9 years old, I started to help raise my younger siblings. Both parents constantly drinking, partying and fighting. It was up to me to let my two younger brothers and sister know that they were still cared for.

My mother tried as best as she could in the beginning, yet every time her and my stepdad would split and then get back together, the more I saw breakdown inside her. The alcohol, the abuse and the depression slowly killing her. Eventually though, they split for good and I had the highest of hopes that everything would get better. From the age of 6-10 I always had a nightmare consisting of my 'real' mother being tied up and trapped in the basement that I was so terrified of. The impostor being the one I dealt with daily. Realizing they were in fact the same person in reality was devastating.

Without my stepdad living with us, everything began to fall apart. My mother began to drink even more, eventually mixing in pills and other drugs with her daily activities. Being a teenager at this point, my own issues began to sprout and take hold of me. Causing me to attempt suicide a few times. In and out of psych wards and hospitals, my mother wasted away to nearly nothing. My grandmother coming to stay with us in order to help though it didn't. She was a drinker too. Do you see the pattern?

I tried so hard to save my mother from herself, and I learned the hard way that you can not help someone who doesn't want to be helped. So instead, I eventually joined her. My three younger siblings went to live with their father and it was just me and my mother. Though I wasn't home much considering she didn't care what I did or where I went. When I was home, we were either best friends or the absolute worst enemies.

As time went, I always heard the two sides of the argument. Being an addict is a disease or it's ultimately a choice. I believed both sides at different times. However, after my mother lost everything and still went back to the alcohol and drugs and eventually died of an overdose;I began to believe they are true, together.

My mother started out with the choice of drinking to ease her nerves or numb her pain. Her mental health contributing to the addiction part. Reasoning with herself that she 'needed' it. There are many times she chose to spend money on alcohol rather than heating oil for the house. Winters sucked immensely. Having no hot water wasn't exactly fun either. As a stupid teenager, I once took advantage of my mothers issues. Being able to do whatever I wanted without any real consequence. Looking back, I really should've asked for more help.

I eventually got sick and tired of everything and began to dump her bottles down the drain. Which she never exactly appreciated. I was then the enemy and no longer her friend. Getting into physical altercations, screaming matches and having the police called. I was blessed enough to have a neighbor that would try and help.

There were many nights I stayed up questioning everything. Why couldn't my mother be normal? Why did she rely so heavily on things that were slowly killing her? How many more times would I have to call 911 and ride to the hospital with her? Would I wake up one day to her just being gone or would I be the one who found her unresponsive on the couch she slept on every night? God, I was terrified but I was also so very angry.

My teenage mind blamed her for everything. She CHOSE this life, why do I have to suffer for it? Why can't she just stop? More and more questions were asked until I fell into the same pit. I always told people I would never drink or do drugs but I did. Partially blaming my mother for the not so great example she had set, I also chose to walk that road. The feeling of being numb or feeling no pain. Having fun with my so called friends. I could see why my mother did what she did. Until of course I got clean, I grew up and I had my own kids.

For me, addiction is both a choice and a disease. It starts out with choosing to 'have fun' or 'numb ourselves'. If only for a moment. However, that choice soon becomes the opposite. You no longer have a real choice. You become so dependent on what makes you 'feel better' that it's impossible to choose NOT to. The disease part takes hold, takes you hostage and you no longer have the choice to say yes or no. It says yes for you. It makes you desperate, makes you beg, brings you down to the lowest point you can be. At which point you're either begging god to help you or for it all to end.

For my mother, it ended with an overdose of cocaine and fentanyl. I had been expecting that call for longer than anyone ever should, yet the moment it came, I still wasn't fully prepared. I was 26 but my heart broke and I felt as if I was 5 again. I had to be the one to tell my siblings, the youngest of us[my sister] was still in high school. She was 17. Our mother would never get to see her graduate. You better believe I was there though. Crying proud tears as she's the only one of us who had made it so far.

Since then, I've gone through so many emotions and thoughts. Wondering many what ifs and hurting from many regrets. Should I have tried harder? What if I had done this or that? Why couldn't I just try harder?

The hardest question for me is, what would things be like had she chose not to fall into that pit? Would she be here now, enjoying the time she could've had with her kids and grand kids or would she have found something else to destroy herself with? The terms on which things ended between me and my mother are, unfair to say the least. I was distancing myself from her, for the sake of my children. Yet I wish I could go back and at least have one last conversation with her. Tell her that despite everything, I love her no matter what. That no matter the choices she made, I forgive her and I understand.

Addiction is both a choice and a sickness. A choice that turns into dependence. A choice that some can undo yet others fall deeper and deeper until it buries them.

28, mother of two, my mind races and lots of things don't make sense.

More stories from Chelsea Marie Riehl and writers in Psyche and other communities.