A Chill in the House

by Andrew Walters 9 months ago in family 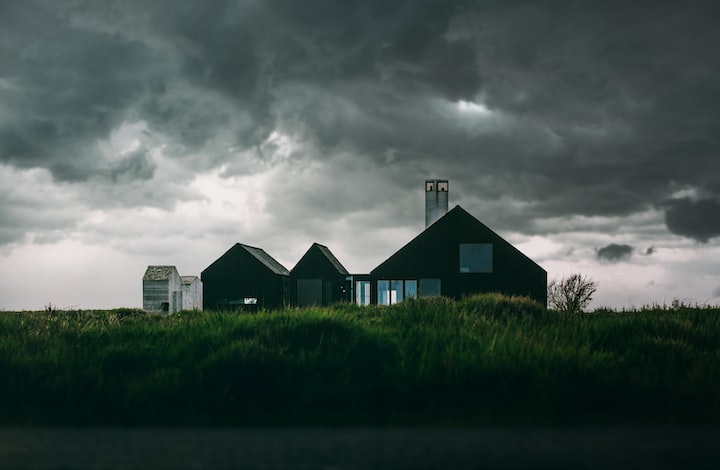 I have never fully known why it is that he does it. How he is able to be so two-faced. Nobody else would believe me. I don't know why but I wasn't able to do anything about it. The things he would do while nobody else was home. Occasionally, I imagine what it would have been like if he hadn't been in the picture. What if I had just been without a father? I didn’t tell my mother because I didn’t want her to have to make such a difficult decision. Whether she should leave him. Now, I realize that it was something I shouldn't have been thinking about. I agree with that, I really do, but every time it’s on my mind I wonder. I do it all the time really. It’s something that can drive someone insane.

When I would go to bed at night, I slept facing away from the wall. I always wondered if something would happen in the night. This feeling would torment me all day. Luckily, nothing ever transpired, but I never could help but think that it might. Then, I would have nightmares about what did happen. It drove me mad at times. What made the problem worse was the fact that I was my brothers’ security.

He would make me feel like I was nothing. He made me feel trapped. I felt like there was nothing else that I could do. I honestly feel like that was his intention. He wanted to feel superior, so pick on someone like me. That’s totally not going to ruin someone’s self-esteem. I couldn’t believe someone could tolerate those kinds of thoughts. I guess I didn’t really know the world. How could I? There was no way to involve myself in it.

I used to always want to ask him what caused his thought process. At least with me, if not for everyone else. I didn’t want to bring it up with him because I was worried that he would take it the wrong way. I already knew what it was like to get on his bad side. Getting on his bad side wasn't a big deal. It was getting off of the bad side that I had to worry about. That was the big deal of the day, every day. It was the most stressful part about my life at the time. It's like I would start the day on his bad side. Throughout the day, I would have to get on his good side. By the end of the day, it was never clear what would happen.

He was like a ticking time bomb. There was no kill switch, he would make sure of that. When he exploded, I knew that I had to brace myself. It would never work, he would be expecting it. That was the most frustrating part, I couldn't do anything about it. Sometimes, I would practice self-defense. It was stuff I was making up, so it wasn't too beneficial. It was something tho, and I had to try to wing it by using it all. The flaw in it, was the fact that when he would enter the room, I would freeze. That's how the “trapped” feeling comes in. I would have to make sure that nothing happened to my brothers. That was the main goal. “To get to them, they had to go through me” kind of idea.

I felt like I had abandoned them when I went into foster care. It was a relief to know that it wasn’t my responsibility anymore though. Even if I was told they weren’t my responsibility in the first place. When I went into foster care, it felt like 10 tons had been lifted from me. I didn’t have to hide any feelings. I could be open about them. I wasn’t very open at first, but after a while, I was able to open up about everything. I was so thankful for that. I didn’t need to worry about getting hurt for expressing myself either. I felt like I could build my life in peace. So, that’s what I did.