by Indie Warren 3 months ago in Relationships
Report Story

I have a confession that I know I'll never make. 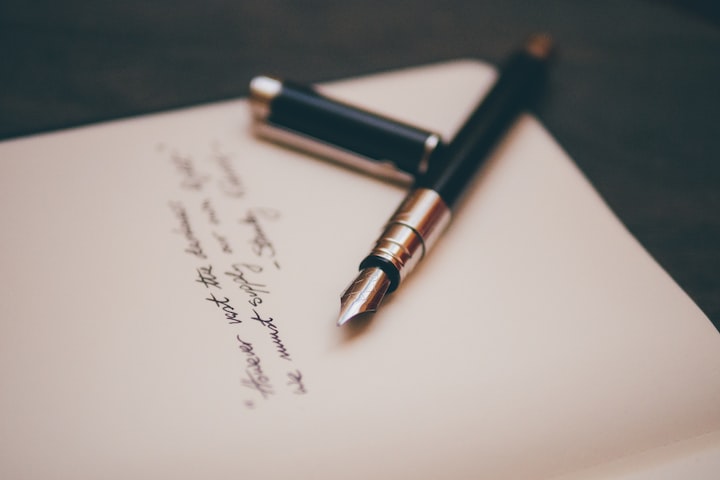 Photo by Álvaro Serrano on Unsplash

I’ve never told you this.

I know that I won’t, even if it continues to simmer in the back of my mind until it boils over and inevitably comes out in a rush, spitting and bubbling like the butter melting for brownies.

I’ve never been good at keeping secrets. I talk too much without the aid of a filter for that. I’ll just keep on rambling until at some point I’ve said what I didn’t mean to say.

So maybe I will tell you.

Sometimes I almost do.

You smile with your eyes, eye-shadow dusting the lids, and I think about telling you that I’m not so sure I like makeup.

You’ll mutter that it’s ‘your time of the month’, and I think about telling you just how much I hate mine.

You mention it’s almost pride month, because we know that we're both about as straight as the lines on wrapping paper I’ve tried to cut up, and I think about telling you that there’s more than one reason for me to go.

(You make a joke; ‘Maybe you’ll find someone else who thinks they’re aromantic and you both'll fall in love!’ and my teeth snap together with a little click.)

(You tell me you’re glad I’ve always been so comfortable in my body, oblivious to the nights spent in tears, to the years spent wondering why other girls actually like having their chests like… that, to my uncomfortable face when we went bra shopping, and the words die in my throat.)

(You call my cousin by the wrong name again, even though you’ve known he was a man even longer than I have and it's been years, and I let myself forget the halfhearted dream of finally saying something.)

Instead, I tell you other things.

Clues to unlocking a deeper part of me.

(A small part of me finds my lack of discretion amusing. The rest of me finds it a little sad, like a child hinting at a Christmas pony they know they’ll never get.)

I mention how much I love my name, the name you choose, because it could just as easily be for any gender. I don’t tell you just how much I revel in this fact, something warm in my chest when I realise I can hide behind the visage of being ambiguously nothing when making an account on social media.

I remark that I like wearing skirts and dresses; I like the way I can spin and I love the uncommon thrill of finding pockets, but I stress that I think everyone should be allowed to wear skirts, no matter what their gender is, because they’re really missing out if they don’t.

I’ve called myself a sibling or child when referring to myself in third person, because the words sister and daughter go bad on my tongue, dried hard and sticking like old paint to your carpet.

I know that you’d still love me. I’m lucky in that respect. So lucky that I sometimes wonder why I even let it hurt in the first place. Couldn't I just tell you, and let it all go away?

I know you’d have questions, questions that I don’t have answers to because it doesn’t always make sense to me either.

There is too much riding on this.

So I’ll be your little girl for now.

A small human being who loves cats and enjoys writing fiction for other humans.

More stories from Indie Warren and writers in Pride and other communities.