Living Without Love - Being Aroace

by Indie Warren about a year ago in Relationships
Report Story

A guide to several different asexual identities, what it is like for me and how you might be able to tell if you fit into that category. 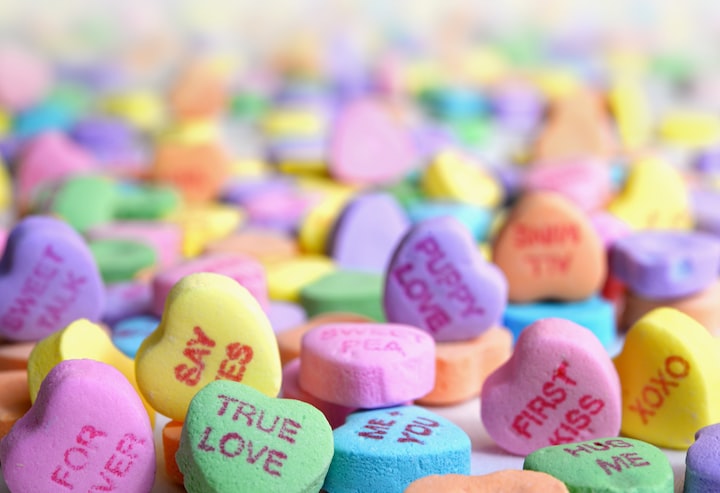 Photo by Laura Ockel on Unsplash

Whether we realise it or not, the world we live in pushes romance on us at every opportunity. Fairy tales are often centred around someone finding their 'one true love', partners are often referred to as someone's 'better' half or parts, apparently around 60% of songs are love songs (though different sources suggested different amounts) and anyone without a partner (especially if they are older) is usually depicted as sad and lonely or wishing that they did have one.

This isn't always necessarily a bad thing of course; for many people romantic love is a huge part of their lives and they wouldn't be as happy without a partner of some kind. In addition, more modern shows and stories are being introduced with more diverse love stories, with people able to find partners of the same gender as them and even express their sexuality openly, which is amazing and something I am so glad to see an increase of.

But this mindset of 'romantic love is the most important connection you can have' can also be damaging. For one, it can teach many people not that partners can add joy to your life, but that they are necessary to be happy. This may lead to some people pushing themselves into relationships they are not ready for or happy in. Additionally, it can have negative results for people who don't experience love in the same way as we are usually presented with.

I am, of course, one of the latter people. I have never found anyone romantically or sexually attractive, but for the longest time thought either that attraction was made-up for TV shows or that there was something wrong with me because I wasn't developing crushes like my friends. There were several occasions when I was younger where it became apparent that someone at school liked me, and I internally freaked out because I couldn't comprehend the idea that there were people looking at each other that way and had no idea what to say to them. You can only imagine how much sex-education at school disgusted me.

It wasn't until I was in my mid teens that I realised why I felt so different than those around me. I had a close friend who came out as trans, and because I wanted to support and understand him and my other friends in the LGBTQIA+ community I did some research into it. Initially the definition for asexual - having little to no sexual attraction - shook me to my core, because that implied that other people did experience sexual attraction. I had always had trouble believing it in television shows when people expressed that they wanted that, thinking it was made up. Well apparently that is not how most people feel. I felt bad for people having to live with the knowledge that some people wanted to have sex with them, before realising that most people weren't repulsed by the idea.

So, tip number one. If you thought sexual attraction wasn't a real thing that can be an indicator you might be asexual or (to use the slang term) ace. It may not be like that for everyone of course, but for me and several ace friends of mine this was a big sign.

It's important to keep in mind that while some people are sex repulsed like me, there are some aces who don't mind participating in relationships with sex. It doesn't mean they aren't ace, just that they are what is called sex positive (someone who still enjoys it but doesn't feel the attraction) or sex neutral (they are happy with or without).

It was a little while before I heard of the term aromantic (AKA aro). This is a term used for people who experience little to no romantic attraction.

Often, it isn't understood that romantic and sexual attraction are not always the same thing. This means that some people can be asexual but still feel romantic attraction, or the other way around. This means that people can be panromantic, homoromantic, heteroromantic and so on, and this just means the same as pansexual etc but without feeling the sexual attraction. Similarly, a person could be aromantic but still be bisexual and so on.

It is good to keep in mind that some people may just say they are ace when they are aromantic too, because they fall under the same umbrella. I often do this if I don't have much time to talk to someone as it can take a long time to explain what being aroace means.

Asexual is often used as an 'umbrella term' and it's a spectrum, so it also includes identities like being demisexual or demiromantic. This is when someone feels sexual or romantic attraction respectively, but only after a strong personal or emotional bond had formed. This doesn't mean that the demi person is a 'prude' or something, it simply means that they don't feel that attraction until a certain connection has been made. I've had several demisexual friends, including one of my parents who wasn't even aware of this before I came out to her and explained the ace spectrum.

Another identity under this umbrella is called being greyasexual. A person who is grayace may experience sexual attraction, but only occasionally and possibly in varying intensities. The same is true with being greyromantic. This is a sexuality I am not as familiar with, so if you are interested in learning more I might suggest looking further into it (though this is true with anything I mention, of course, as I know far from everything and would hate for anyone be misinformed!)

There are plenty of lesser known identities within the ace umbrella, including things like being an oriented aroace. This is when a person feels enough aesthetic, platonic, queer-platonic or other forms of non-romantic or sexual attraction to feel that they identify with another label. For example, I identify as aroace, but I feel enough queerplatonic and aesthetic attraction towards girls that I am questioning whether I might be a Lesbian oriented aroace.

There are other identities and microlabels such as cupiosexual (asexual people who still desire a sexual relationship), lithsexuality (a person who feels sexual attraction so long as it is not reciprocated), fraysexual (which is often described as being the 'opposite' of demisexual - that a person's feelings of sexual attraction may fade overtime) and more that I am not as knowledgeable on, and if you feel you could be asexual or fall under the umbrella (or if you are just interested) then you might benefit from looking more deeply into them.

Remember you don't have to label yourself if you don't want to either; it's entirely up to you!

A good website to have a look into is AVEN, which stands for Asexual Visibility and Education network, it has much more information than I could ever share here as well as forums where you can talk to other ace people! Below is a link for anyone who needs or wants it:

Some other terms that might be good to understand is being allosexual or alloromantic, often shortened to allo, and this just means a person who does experience romantic or sexual attraction of any other orientation.

It can be hard for people, both those who fall under the ace umbrella and those who do not, to remember that all relationships do not have to be romantic in the way we have so often been taught. I often struggle with internalised aphobia, hating myself for not liking people like I feel like I'm supposed to. Some days I tell myself that I'm just making it all up, or that maybe the platonic feelings that I have for my friends are romantic and I'm being stupid, but knowing that I'm not alone in this and understanding a lot more about who I am makes me feel amazing! As I'm an aspiring author I also plan to write more characters on the ace spectrum so that in the future it might be a better known orientation one day!

I'm super proud to be ace and aro, and wouldn't have it any other way!

A small human being who loves cats and enjoys writing fiction for other humans.

More stories from Indie Warren and writers in Pride and other communities.