No puff, no peace!

by Stefanie August 11 days ago in humanity

How the system continues to marginalize our medication! 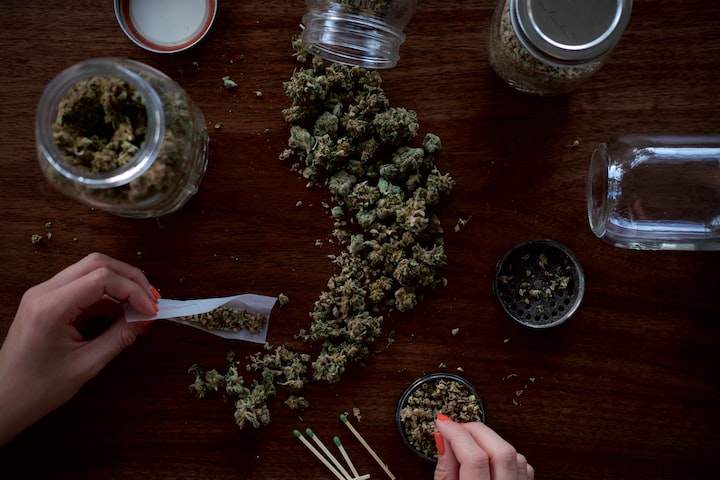 Photo by Wesley Gibbs on Unsplash

In 2012, I moved to Oregon, which is a "right to smoke legally" state, after being denied my disability benefits. I had yet to be diagnosed for an illness that made my muscles ache and burn and I was becoming exceedingly crippled in my right leg. This unfortunate twist of fate started in California in 2008, where the good green was not yet fully legal, however, one could obtain it with a letter to the state that one purchased from a pot doc for around $99 if one fell into certain criteria.

As I moved through the legal dreck and drama of obtaining my SSDI, I enjoyed with great satisfaction, copious amounts of fresh buddery within the legal limits of the law and then some. Yet my joy was to be short-lived. Having gone through the system with my terrific disability attorney, to have my benefits denied and after an SSDI judge in Cali called me an addict, she told me I would need to stop smoking pot in order to obtain my benefits. Not one to distance myself from people who have my best interests at heart, I took a break from my smoking pot along with my penitent for good wines behind me for 6 years. Needless to say, I set my mind too doing this like a first-time boxer in the ring, fighting for his right to party. Finally going before a disability judge yet again in Oregon, as I become more crippled by the day, this tactic netted me my benefits and much-needed medication. A KO to be celebrated and so to dispensary I dispensed!

Finally making it to a place where I could be licensed to smoke without hassle had me giddy as the first flush of a good high. Yet, those friends around me who did not smoke offered offensive commentary about the "dangers' of toking as if I were a neophyte blowing my first bone! I wondered when I would be recognized as someone who used the stuff for health reasons!

The fight for our right to use an alternative medication still prevails in many places in this country. Yet we have been growing it here for centuries. Those Native Americans to whom I share a partial bloodline with, grew and used it well in advance of those uptight moralists from Britain ever landed on this side of the Gitchy Goomey. In the 70’s, some members of my extended family even ran it in bulk from one side of country to the other, well before it was legal, stating their right to serve anyone who needed the stuff as an act of charity, even though that “charity” came at a premium.

Still, we marijuana users are yet to be considered anything more than lazy lay-about anti-establishment punk pot-heads.

My inhaling Maryjane has NEVER made me lazy, unless I eat it, which I do not really enjoy. It has improved my memory and ability to recall a multitude of interesting facts about various things that I had stored in my cerebral library like some history professor gone trippy. It also makes me a more spiritual and compassionate person, allows me to walk somewhat better, and most importantly, to live without copious pain.

Leaving Oregon in 2016, after breaking up with a boyfriend who was in that league of critical naysayers (even though it was he that brought me a phattie in Cali after receiving my first SSDI denial letter), I now reside in Florida where I can obtain oils, concentrates, and bud with a very expensive license that must be reviewed and renewed every 90 days. The cost of my personal choice to put what I want to in my body as medication prevails and so the struggle continues.

I also assist other authors in producing their best work.

See all posts by Stefanie August →