My weird day at the dentist 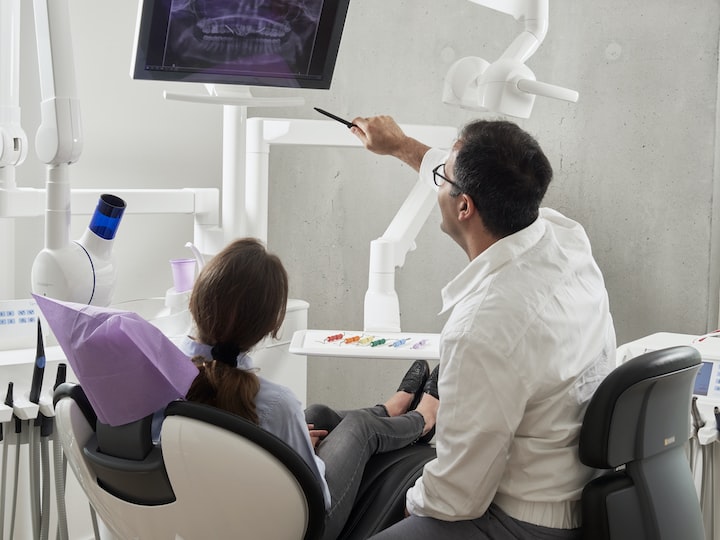 Photo by Caroline LM on Unsplash

Hello just wanted to share my weird story that happened a few months ago. I was due to go to the dentist for a deep clean, and because i'm very frightened of the dentist i requested to be put under a light anesthetic. you arn't completly knocked out but are not supposed to remember anything that happens while you are under. My mother had to drive me because iwas being put under. So on the way we started dicussing my mothers sister who had past away a few years prior.

I honestly don't even remember why the subject came up. mum was telling me that my auntys husband was telling her it was hard being married to my aunty sometimes because she was a very attractive lady and had to put up with her recieving alot of male attention which sometimes really bothered him. He said that he could relate to the song "if you wanna be happy for the rest of your life never make a pretty woman your wife".

Anyway i arrived at the dentist and mum waited while i headed in for my clean. They got me ready and put some thin paper covering over my eyes and headphones on in case i came out of the anesthetic early. The ear phones wen't on and i could hear the song say a little prayer for you by Diana King next thing i know i was out.

Then all of a sudden i could hear music playing i remember thinking where am i what's going on. then it came to me your at the dentist having a clean, but what i couldn't believe was the song playing in the headphones, it was if you wanna be happy for the rest of your life never make a pretty woman your wife. i remember thinking oh my god i can't believe i'm hearing this then thinking to myself do not forget to tell mum this happened.

Then i passed out again. After the procedure i eventually came to and went out to my mum who was waiting. We had to wait a while for me to feel ok to walk to the car. About halfway home it came back to me and i told my mum what had happened with the song. She said oh you probably just dreamed you heard it, but i was positive it had happened.

I had to return to the dentist a few days later, just to check everythin was healing ok because it was such an intense clean. So i went in with the dentist and his dental nurse. I told them how i thought i had woken during the procedure and that i heard the song playing. The dentist laughed and said that during the clean at one point i sat up boltright and scared the hell out of the nurse assisting him and she had jumped back into the corner being so startled by my jumping up in the chair.

Then apparently i just layed back down and was out cold again. I asked if it was the radio or a cd i was listening to. They said it was a cd . I asked if i could have a look at the cover and they said they didn't have it but it was my best friends wedding soundtrack that was in the player.

Anyway i finished my appointment and went home. soon as i did i googled my best friends wedding soundtrack and looked at the tracklist on the back and sure enough there it was never make a pretty woman your wife by Jimmy Soul.

I was amazed firstly because the odds of hearing that song ,that same day just after talking about it with my mum were pretty slim because it is not a song you hear everyday by any means. And secondly i should not have even remembered hearing it at all because of how this anesthetic works.

I couln't wait to call my mum and tell her. She thought it was pretty amazing but obviously just a coincidence. Deep in my heart i know it was to, but it will probably always be the strangest weirdest thing that has ever happened to me.

More stories from Sid Mark and writers in Potent and other communities.