by Alfiya Laxmidhar 8 months ago in surreal poetry
Report Story 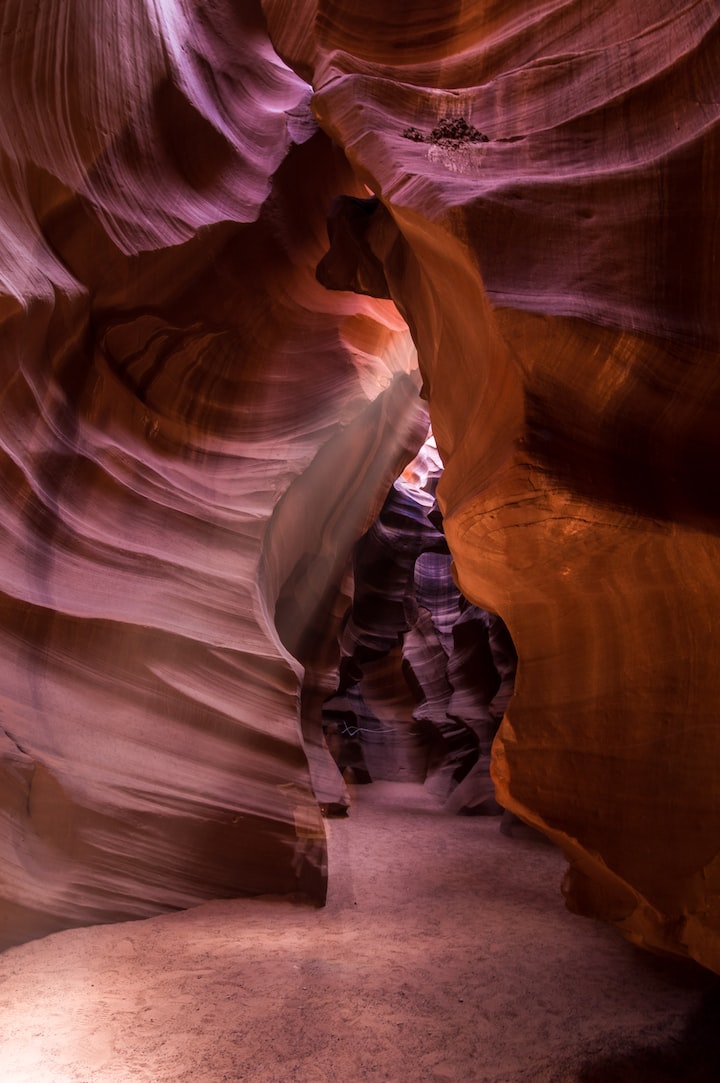 Photo by Nika Rudd on Unsplash

Deep as the Earth's crust.

Deep as the deepest valley.

Into an abyss where mysteries are traveled and stars are seeds. Where angels are fragments of light -

A heavenly chandelier displayed in a niche in the cave of obscurity.

Welcome! I welcome those that adhere to their ancient roots and live as if the earth beneath them sings upon their soles.

As if the leaves in the trees speak with the wind and together they agree that the tambourine is an ode to their speech.

Layer upon layer, I am sewn together with a thread that begins in my right hand, between my index and thumb. It travels along my radius to the point where three points meet, forming three angles-

Each one for the part in which I play.

I play in love. A gift I received when my parents connected and an egg was hatched out of my father's vital force. My mother gifted me her egg that beheld life's secrets and she gave me her cells which I will hold onto forever until I die and my flesh becomes one with Earth again. Where I will become a seed again.

I play in will. A gift I received from the Divine Mother. She gifted me this when my flesh was ripening and my blood was flowing like a raging river. My life was decided and my will took hold of the reins and allowed my flesh to enter into Earth to be known and seen.

I play in wisdom. A gift I received from the ancient gods. The men who once walked this Earth and knew what it was like to be human. They encountered many struggles and discovered their depth when the earth flooded, shook and grumbled, while the sought survival. Their wisdom births in the knowledge that they were always going to be and stay alive, as long as they implanted their roots deep. Deep within the Earth's surface, to trail downward into the Earth's crust where it found the abyss.

Layer upon layer, the Earth orbits as I walk along the lines of life.

Here in my palm, a life line portrays a deep crease.

As I walk the Earth, the muddy terrain reveals the secrets of color.

Here on my hand, my skin holds all the secrets of what I know. My brown pigment reveals I am every color and my blend comes from all and my flesh and Earth is the same.

More stories from Alfiya Laxmidhar and writers in Poets and other communities.