by Kai Rebel 7 months ago in surreal poetry
Report Story 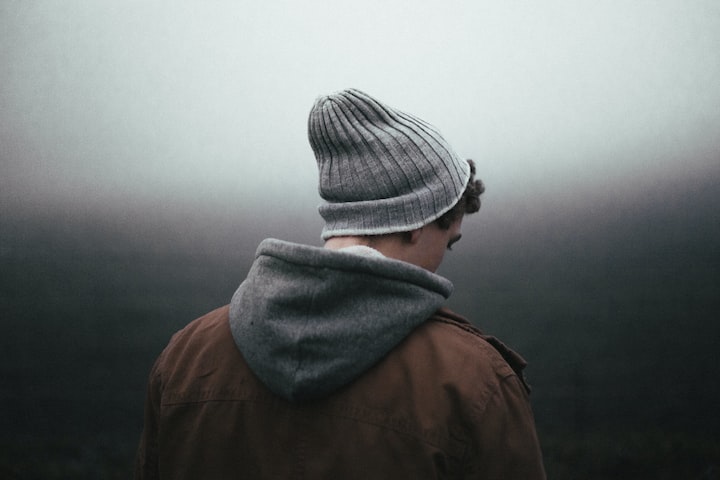 His eyes, the palest of blues. Nearly white.

They would light up whenever he’s happy, nearly glowing like twin stars beneath his brows. He’s happy.

The lights in the room are dim compared to the lights reflecting from his eyes, that’s how I know.

His mouth curls up at the edges, tugged upwards ever so slightly in a graceful pull. He has the quickest of smiles, with a hint of teeth.

God! I love every one of his smiles, with that beautiful mouth of his.

He moves about the room with surety, mingling and laughing.

Every time he settles, someone calls his name and he takes flight again.

His body moving as if he’s dancing. He’s sliding past other bodies, dipping and swaying around them fluidly, sensuously. It’s called walking! He’s only walking and I’m riveted by every step he takes, every move he makes, just like the song.

I guzzle my drink, choking on it, someone pats my backs and asks if I’m okay. I laugh.

My eyes already finding him again in the crowd.

He’s standing by the stairs, one broad shoulder propped against the banister to hold him up, even as he leans sideways perfectly balanced.

In seconds he’s surrounded by doves, cooing at him, fluttering here and there, while noisily flapping their wings to gain his attention.

That beautiful mouth of his smirks this time, bordering on a sneer.

He’s annoyed as the corners of his mouth turn down slightly. His eyes have gone flat and almost cold.

He’s not angry, just annoyed as he dips his head and murmurs something, then extricates himself from the sea. Slow strides take him away from them…and me.

I watch the play of muscles under his shirt as he walks away and find my own feet, moving of their own volition, bewildered, I stop in the middle of the floor.

My heart, beats a scared jack rabbit paced tempo that reverberates up into my throat until I can’t breathe. Inexplicably, I feel like crying.

A tingling ache settles into my palms, and pushing outward is a massive! Ache, right in the center of my chest that... I can’t give a name to.

I drop my unfinished drink and surge forward into the sea of bodies, pushing through into the next room. I have none of his grace when walking and end up careening into others in a frantic uncoordinated effort to get through until…

As if drawn by invisible threads of steel, my Body sends me crashing into Him.

More stories from Kai Rebel and writers in Poets and other communities.