by Sophy Geno 4 months ago in nature poetry

Seashells are a great summer memory, yet they are practically bones. Beautiful bones. 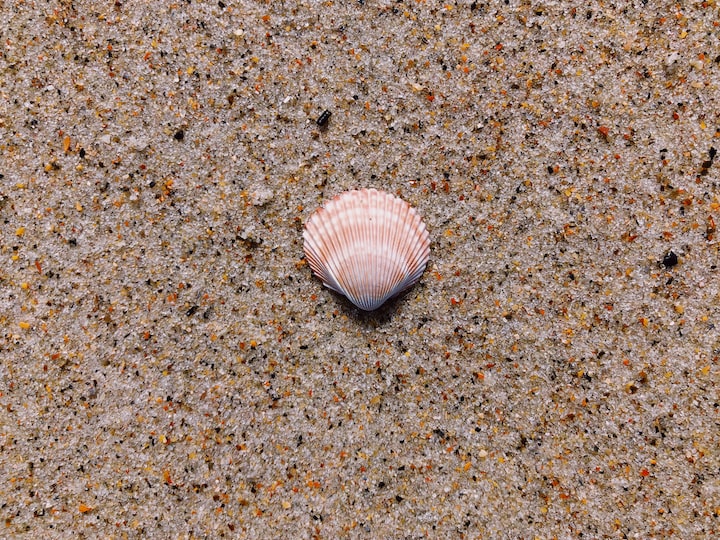 Up until now, I always saw seashells as nothing more than a never-changing aspect of the seaside

If the beach were, in fact, a lady, the sand would be her skin, and the seashells would be her freckles, while waves might be her hair that swishes and sways

How lovely are those memories of searching for the prettiest shells every year, "but be careful!" you would say, as sometimes living things are inside

During the warmest months, seashells are surely to be less in numbers because people like me crave them so much as to search for them every day

Then after many summers, I began to wonder, what is the beauty of seashells, why do they wash up from the water in countless numbers

I began to discover the seashells mystery; some spiraled with a structure which is only found within the sea, living magic which called me into the water farther and farther

Underwater was a whole new world full of life swaying in the waves; the secret of seashells is they too were alive, and some shimmer as much as twenty thousand mirrors

The life of those shelled creatures must be beautiful; even long after their life has ended, they grace the shoreline for all to adore

To be admired in life and death is something the many-faced shells could teach us, for what we love the most is their beach of bones

Some shine brightly outside yet were devoid of that on the inside; others seem dull to the blind eye but hold great beauty within their core

perhaps if a young person asks what seashells are for, you could say the deep sea-dwelling sirens use them to make their royal thrones

After that, I realized the seashells that freckled the beach's skin could be known by another name

Even if it was indeed a beach of bones, speckled with what sea creatures left behind, it would be enchanting all the same