An episode in the life of a hero. 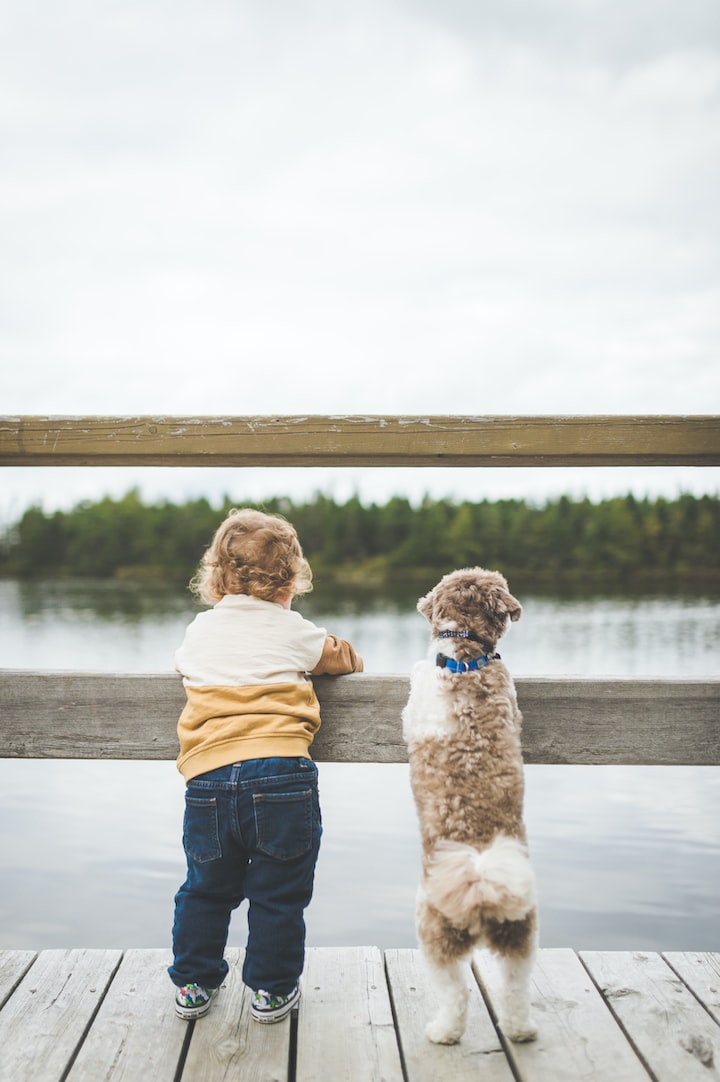 Photo by Stephen Andrews on Unsplash

“Your lick on my cheek, solace for my heart.”

I walked out curiously looking for the cute bark and there was he; scuffling through a piece of cloth under the drying wire. I went closer and took away the cloth.

That’s what I called him since then. Puppy barked at me to intimidate but all I felt was love. His whimpering when I picked him up melted my heart.

I brought him to Mother Maria but she insisted on not bringing in a stray puppy. He was an orphan just like me and that’s what I told Mother Maria too. After Puppy assisted me in throwing a tantrum, although all he did was whimper, Mother Maria was convinced.

He then crafted my childhood into a beautiful cover flow of memories. He never touched his food without me. We played together and watch our favourite superhero movies.

Just like how an asteroid annihilated the dinosaurs, an asteroid was heading towards us. They even had a name for that, School. That’s the only place I couldn’t bring Puppy along.

What was more exciting than Space Week? Space Quiz! I was the first to register and I couldn’t wait to answer the questions. On the day of the quiz, I was sprinting through the paper but I saw four boys copying each other. That defeats the whole purpose and that’s wrong, right?

So I informed one of the teachers and they were immediately disqualified. I didn’t win the grand prize but Sarah did. She’s so much smarter than me and I’ve always wanted to learn more from her.

I congratulated her on the win. She got a Jupiter plush toy and told me she was gonna give it to her pet. Of course, I told her about Puppy!

“I would love to meet Puppy someday, Steve!”

I was counting for that day since then. Missed the bus because of the quiz but it was worth it. I walked back home happily and stumbled across a bunch of shoes, with legs in them. I looked up and it was the four boys who cheated on the quiz. They didn’t look this big earlier, I swear.

“Oh, Stevie” said one of the mammoth boys with a wicked grin.

It was like a match made in heaven. Two of them got my limbs and another two got my legs. I was screaming my lungs out hoping someone would come to help. I thought they were going to twist me into a Torsades pastry.

All of a sudden, I could hear Puppy on the other side of the wall. Needless to say, he recognised my scream. Just then I realised, I was right beside my home. I was genuinely hoping he would alert Mother Maria because apparently one of the four boys is smart and he shut my mouth.

Suddenly, a wooden plank fell over the wall. Five of us froze. The gallop was building up and Puppy came right up the plank and landed in front of us. He landed like a superhero like in those movies. I’m not even exaggerating it was all in slow motion.

He barked furiously and I never saw him that fierce before. The four boys ran away like Usain Bolt! I immediately embraced Puppy. I didn’t know what they had planned for me but what could you expect from cheaters? I have no idea what would’ve happened if Puppy didn't show up.

By the way, he was no longer “Puppy” though.

At the moment, I knew exactly what I was going to call him hereafter…

Writing my way through this intriguing, bewildering, capricious yet inevitable thing called life.

More stories from Aswin Alex and writers in Petlife and other communities.