by Doors to Life 6 months ago in dog 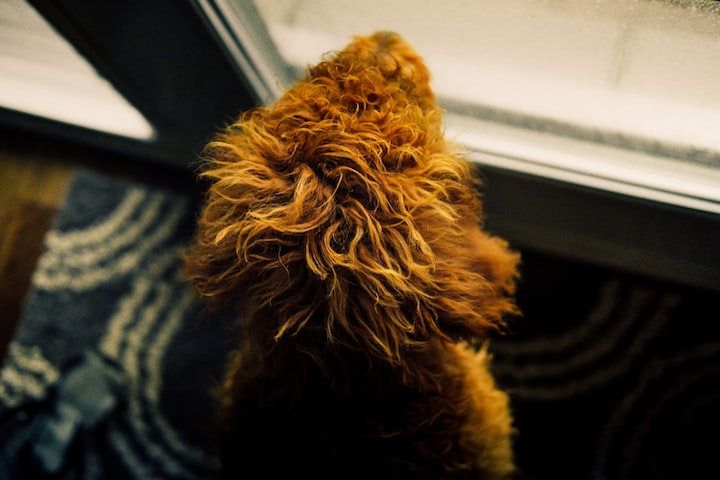 I have a female Goldendoodle, and her name is Latte. It’s incredible the connection you can make with a pet, especially a dog from my experience. I am currently a nursing student and will be graduating soon. My brother who is one year younger than me is in an architecture program. Before me and my brother were able to go to college, it was adopting a Goldendoodle puppy who has severe anxiety, had GI problems, and went to get surgery a year after her adoption that made us get through our challenges. I always wanted a dog when I was a little girl, but my parents would never agree to the idea of having one. Me and my brother were both in high school when I decided to adopt our dog. I felt like I had to so she can save us.

My brother has a condition called Scoliosis and he has gone through so many doctor appointments, emergency room visits, physical therapy, and chiropractor appointments. It wasn’t until his condition worsened that he had to get surgery for his back. It was difficult to even find surgeons that could perform a difficult surgery for his condition. We finally found a surgeon who accepted to do the surgery and was out of state, far from home. My mother and grandmother went to support him on a long airplane trip for weeks in the hospital. It was a love/hate feeling when it came to receiving phone calls from my mom. I missed them, but I was terrified deep down to hear any bad news. Overall, the surgery was a success, but the weeks my brother had to stay in the hospital after the surgery were painful moments. I would get phone calls from my mom describing the amount of pain my brother was going through with her tearful voice. It wasn’t until my mom called one day telling us that my brother finally smiled for the first time in a long time. I asked what happened and she told me that a service dog came in the hospital that day. That’s when an idea popped into my head.

I started looking for adopting a dog that was still affordable. I looked at the one breeder and when I went to visit the dogs, one of the puppies was sitting in the corner. I asked the breeder about her and she told me that the puppy wasn’t feeling good lately and is very shy but has received all her vaccines. I picked her up and decided that I would adopt her. I took her to the vet, and she received a special diet and the vet helped her with my dog’s surgery since she had a bump in her stomach. My brother was incredibly happy to come home with a new family member. We named her Latte because of her fur color and she slowly is starting to adapt to the environment and is very protective of her family. Latte became our pet therapy. Because latte had to have surgery on her stomach, it was recommended by the vet that she had to take it easy and rest. This allowed my brother and Latte to connect with each other going through similar experiences of surgery. Now reflecting on the current status, both my brother and my Goldendoodle are healthy and happy again. Latte has brought us so many happiness and joy with each of my family members and friends. She’s gentle, playful, hypoallergenic, and loves human connection. Latte was the one that saved us more than we saved her. We are so thankful to have our Goldendoodle in our life, she is currently our emotional support dog and will be taking training classes this summer!

Receive stories by Doors to Life in your feed
Doors to Life
Read next: The Lion's Shadow is a Lamb