by Helen Stuart 2 years ago in humanity
Report Story 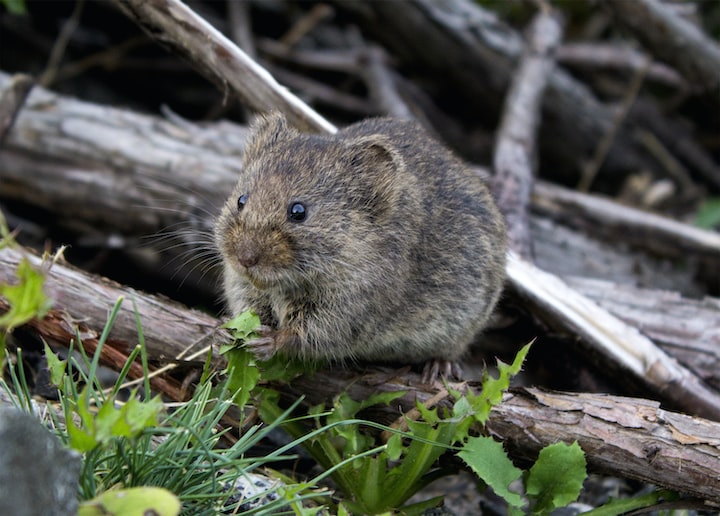 Photo by Ryan Stone on Unsplash

When I was just twenty, and I’d been married less than a year, my husband and I, and my sister and brother-in-law, with whom we split the rent, came into town from our country mobile home to go to the liquor store. They could spend a good deal of time debating the best way to spend their limited funds on alcohol, but I found it boring, so I went in to the pet shop next door. In those days, it was the eighties, they still sold puppies and kittens in pet shops, so I had plenty of time to poke my fingers into all the cages and ooh and ahh to myself about the adorableness, and then I took the obligatory spin towards the rodents and then the scaled creatures.

It was then that I spotted it, a little mouse in the corner of a snake’s cage, waiting to be it’s dinner. I knew the reality of feeding snakes. But on this particular afternoon I wasn’t having it. I went up to the petshop guy, who was my age or maybe a little older, and said, I would like to buy a mouse. He came from around the corner with one of those little cardboard boxes for tiny animals, and stood over the vivarium full of mice and said, “which one do you want?”

“This one,” I replied defiantly, “the one in here. This snake’s dinner.”

“Oh I see,” he said. “You know if you buy that mouse, I’ll only replace it with another. The snakes have to eat too.”

I did some quick calculations. The price of a mouse was fifty four cents. I only had a dollar. I would have liked to say “Well then sir, I shall purchase that mouse too, and any mouse you place into the tank after that.” But I couldn’t. I could only afford one mouse.

“It’s the principal of the thing,” I said.

As we drove home I asked my housemates endless questions, did they think the mouse would get used to living in the wild? That’s what I planned on, a free release into the wild. “It’s a mouse,” they replied, “It will do what mice do.” It certainly had a better chance living in the wild than it did in the tank with the snake, I thought.

We finally got back home to our trailer, our little paradise on earth, and I decided to act quickly. I carried the little cardboard box out the middle of the field and found a place where the grass was tramped low. I opened the box and waited for the mouse to leap out, it didn’t leap, so I tumped it out into freedom. It just sat there, stunned. “You’ll get used to it,” I told him, hoping it was true. I tried to put it out of my mind. I had played God for a moment, now I just had to go back to normal.

About an hour later, I saw the neighbors driving through the field, they drove right where I had released the little mouse, there wheels were what must have made the tamped down grass. Suddenly I had a terrible feeling.

I ran out to where I had let the little mouse go. I somehow ran to the exact spot. I knew it was the exact spot because I found him there, smushed into the earth quite neatly, with his little paws almost raised above his head in surrender. What had I done? Why had I played God? I started yelling for my husband like a maniac. He came running.

“Look” I said, “I killed him, I thought I was saving him but I killed him.”

More stories from Helen Stuart and writers in Petlife and other communities.