by Emily 4 days ago in wild animals

There are so many things we could learn from the nature around us, let me explain. :) 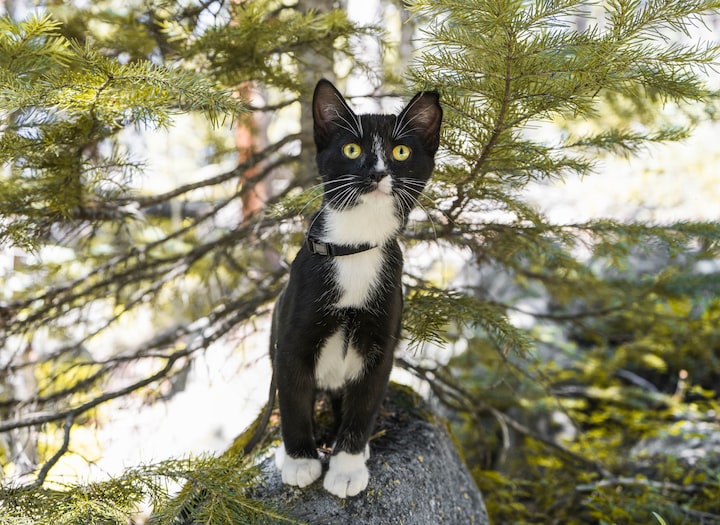 Photo by Chewy on Unsplash

I know this is a pretty weird title for a short article, but hear me out. My neighbour has a rusty orange cat, she is an angle most of the time, but in the other hand she is a crazy one. I mean, I`m not exactly sure if she knows that she is a house cat and not a wild tiger or lion. I don`t think she got the memo. Do you know why am I saying this?!

Well... she is not the only animal in our backyard, we have foxes passing through occasionally and we got squirrels playing and jumping on our trees. About a week ago that sweet house cat attacked a fox... I`m not sure if I was more confused about it or that poor fox. That fox literally just looked at her and wondered about, what just happened?! It froze like the Windows...

Then yesterday, I heard a weird noise and saw sweet angle cat running behind a fluff ball, which made that noise. Fluff ball ran up the tree, keep on making that noise. It was a small, pretty young squirrel terrified of the cat. Not surprised, she was chasing poor thing through the garden, up the tree. So that`s fair.

But what if this cat has it all?! I mean, I said that I think she didn`t get the memo and that`s why she thinks that she is a bigger and much more dangerous animal than she actually is. But what if she does know how small she is, she just doesn`t care?!

We care a lot about what people think about us and we plan our whole life around those opinions. I mean, if we hear from our boss all the time how bad we are doing, we believe that we are going to be bad at everything we will ever try. If someone tells us that we don`t look good in an outfit, we believe that we are ugly in general. But if we hear our mistakes and how can we get better, we have the mentality of we make mistakes but we will be able to improve and get better at it. We even believe that we can do anything. Am I wrong?!

So, what if this cat thought the same way. He decided that he will attack a fox, didn`t succeed much but he was happy about it. He didn`t want to eat the squirrel, he is a really well kept, well fed cat, believe me. She doesn`t have to hunt for food, she has plenty. She did it anyways.

I totally believe that we could learn from nature more than we do. There is a story that an eagle egg was hatched with chickens, it grew up with them and it died believing that it was a chicken. Don`t we do the same occasionally?! We have potential to do many things, we dreamed about it, had hopes for it, but we don`t do it because of the voices around us. We don`t do it, because we are afraid of, what if we won`t be good at it at first. Well, let me break a wall. YOU WILL NOT BE GOOD AT IT FOR THE FIRST TIME! Sorry, that was a little to straight forward, but it was true. Do you think this cat gained all that courage out of the blue?! Nah... I think she thought about that couple of times, tried it then and after that, just did it for fun. :)

We should gain some of that mentality ourselves. It`s totally natural to be afraid of things and caring about what people think, but we need to do some of those things anyways. Everything starts with that one first step. :)

Something Complicated
12 days ago