Why You Should Write on Wattpad

by Ilana Quinn 7 days ago in advice 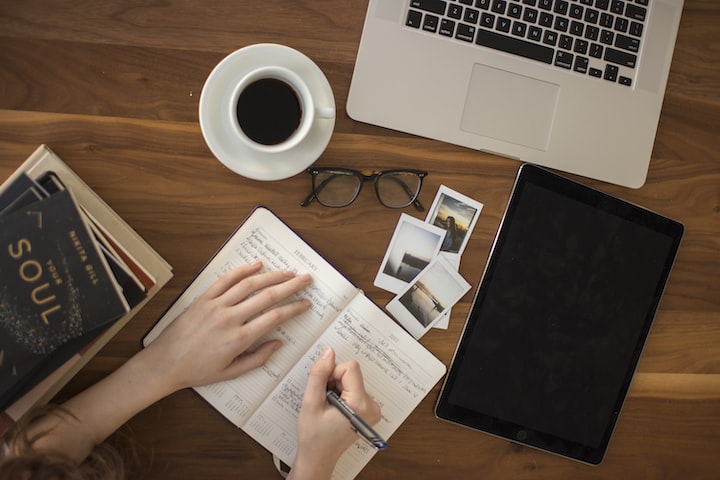 In 2006, University of Toronto graduates Allen Lau and Ivan Yuen founded what would become the world’s largest online storytelling platform. After founding several other companies, including Tira Wireless, Lau wanted to engineer an app he could use himself. As an avid reader, the concept of Wattpad seemed to be the perfect choice, connecting readers and writers across a single platform hosting as many genres and sub-genres as you can think of.

In 2018, I became one of those writers. I was still in high school, and had always dreamed of becoming a novelist. As a child, I wrote multiple short stories and exchanged them with my friends, including — you guessed it, One Direction fan fiction. However, I swiftly outgrew this rather embarrassing phase in my literary life and became utterly invested in historical fiction. I had used Wattpad once or twice years prior to 2018, but only for reading my elementary school friend’s fan fiction. Since I had one story already written, I decided to post it to Wattpad.

The results were astounding. Within a few mere weeks, I had garnered hundreds of readers on my regency romance novella, The House Guest. While I look back and cringe at how unedited this first experimental work was, I do not regret it, since this story was a fundamental part of my growth as a writer.

After The House Guest, I won a Watty Award in 2020 for my Canadian history novel called Daughters of the King as well as consideration for traditional publishing. It has been absolutely wonderful to connect with readers across the globe who are impacted by my work, as well as writers who provide encouragement and peer support.

However, Wattpad has something of a reputation for being full of unedited fan fiction and stories from younger writers. For this reason, it has acquired a stigma amongst the literary community. Whenever I mention that I post my stories to Wattpad, I feel somewhat self-conscious because of this. While it is certainly true that many stories on the platform are unedited, there are many seamless and professionally written stories as well.

For new authors — both young and old — Wattpad provides an audience of millions of avid readers and fellow writers who provide feedback and encouragement throughout the writing process. You can find readers from every genre imaginable, meaning whichever niche your work belongs to, you won’t have a hard time finding an audience. In a world where it can be incredibly difficult to become recognized as an author, it also provides a space for networking and promotion. As the site expands, many traditional publishing houses have turned to Wattpad for new voices. If your dream is having your book adapted for film or television, Wattpad Studios partners with multiple media corporations to bring stories to the silver screen.

Before joining Wattpad, be aware that it takes work and time to get recognized. Some of the best stories I’ve read on Wattpad start out with very few reads and slowly grow overtime. Even if you’re already a published author, chances are it will take some time for your engagement to increase. The best way for you to become recognized is through connecting with other readers, ie. reading and interacting with their stories, applying to be featured, and updating regularly. While this takes work, it is definitely worth it if your main goal is garnering a unique audience who interacts with your stories.

In short, Wattpad provides a platform for authors to promote their work and connect with an audience of readers. If you are interested in reaching the next generation with your work, consider posting one of your stories to Wattpad and see what happens.

Receive stories by Ilana Quinn in your feed
Ilana Quinn
Read next: The Deception of Instagram