My first day at college. 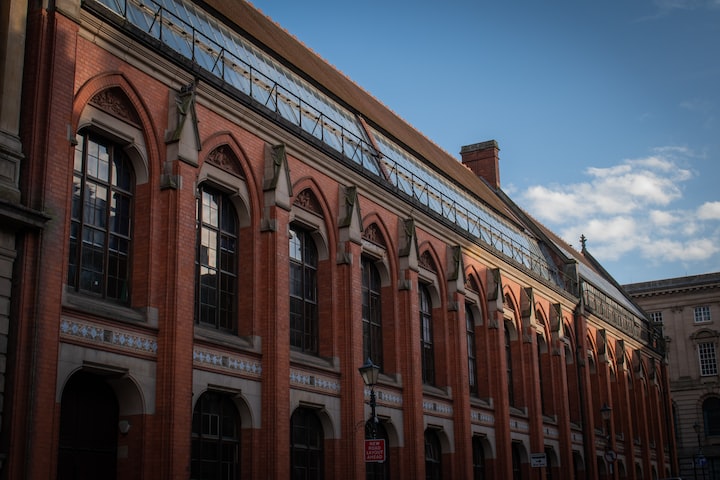 Photo by Adam Young on Unsplash

I left Kansas City, Missouri early one morning in August of 1973 headed to the University of Arkansas at Pine Bluff with the promise of a scholarship if I passed an audition, a promise of a $500 book scholarship from a contest that I was in and placed in the top five contestants and maybe $100 that I had earned from working at a construction company as a secretary during the summer. My mom encouraged me to get on the bus and do not fear. My dad proud of me however somewhat hesitant about me leaving home wished me well. He told me you know you can call us at any time. As I turned to say good-bye, I asked, “what happens if I do not make the audition?” Both of my parents said in unison “you will!” It was a 13 hour ride to Pine Bluff on the express bus. It was a warm day and the bus was a bit stuffy. Since it was not crowded I had two seats to myself most of the way. As I stared out the window the landscape slowly changed from the hustle of the city to the tranquil peace of the country side. Many green pastures some with cows and horses and others with a goat or two grazing on the luscious green grass. This was truly an exciting time for me. On my own off to college.

Earlier that summer I met the drum major of the marching band Author Davis aka Bubble Eyes in Kansas City. Mr. Dortch my high school band director was an alumnus of UAPB he had arranged for me to have an impromptu audition with him. I chose the most complicated routine I knew to use as my audition. When I finished Bubble Eyes asked me if I had been to the state summer twirling camp. I told him no. Um—your routine looks like what they teach at those camps kind of stiff. You are going to need to loosen that up some. Just keep practicing and remember to throw some soul in there. I knew exactly what he was talking about my routine looked like what the white girls did on TV very technical and stiff. I was on my way to an all-black college and the crowd is going to want to see some hip shaking and daring stunts.

The bus was nearing the city of Pine Bluff I was so nervous that I did not notice I had been on the bus for 13 whole hours! The driver announced— “Pine Bluff! Everyone getting off here your luggage will be on the side of the bus.” I had one huge bag and a couple of smaller ones to claim. My carry on was a large handmade bag they call them Hobo bags now. One of my girlfriends who could sew cut up a pair of my very worn jeans, put some patches on the butt and fashioned the handle from some of the scraps that were left. It was really meant to be an overnight bag however I carried it over my shoulder like a purse.

It has been so long 47 years to be exact. Some of the details of that day are now a bit fuzzy. At 66 years old I get brain fog at times and have to really think hard to recall details from my distant past. I am taking supplements that are supposed to help clear haziness from the brain. Someone did pick me up at the bus station. I think it was Mrs. Amber the assistant football couches wife. This would make sense she and her husband were from Kansas City and my band director Mr. Dortch asked them to chaperon me my freshman year. As I stepped off the bus the air had a very peculiar smell. My nose was twisted so hard that a stranger told me the school was close to the paper mill. Every so often the wind would blow in the direction of the school and the smell an awful stifling odor would be in the air for days at a time. The first whiff was enough to make you gag however after a while you adjusted. It was just funky, a combination of a locker room filled with sweaty dirty socks and dog crap. A very bothersome and persistent odor it just hung in the air and would not go away.

Recently when traveling to Memphis from Atlanta with my husband that odor was in the air as though it is welcoming me back to the state. I recall many of us from campus going to party in Memphis on weekends. Now getting back to my first day at college. The previous semester I had taken 15 hours of classes at Penn Valley Community College this made me a second semester freshman. I was assigned to the dorm where sophomores lived building C. It was much newer than the freshman dorm. Building C along with A and B were built in the early 60s so as far as buildings go they were not really old. However, they did need some repairs. You could see where the water did not drain well from the structure causing green streaks on the concrete and muddy puddles when it rained. Oh did it rain a lot in Pine Bluff during the summer! Making the climate extremely humid and sticky.

My dorm room was a double and since I was there early I did not have a roommate yet. I got settled in and reported to the band room to meet Mr. Strong the band director. He was a very fair skinned man stood about 5’5 maybe 5’6, and stout. He had a severe hearing problem you had to speak loudly for him to understand you. Now, I found this strange that someone could lead a marching band with such a profound loss of hearing. However, he managed it. He greeted me with a smile and asked me about my band experience. My high school band had majorettes not just a dance team. Our routines were more twirling than dancing. When we marched in front of the band we twirled like the majorettes did at the University of Missouri or the University of Kansas. My friend Carla was the captain of our squad and was very advanced in twirling a baton. As a group we choreographed the few dance steps we did. She had gone to the state twirling camp for two years in a row. She drilled us hard like they drilled her. For me it literally paid off in spades. I had taken some baton classes along with dance classes over the years. All the other stunts I did I copied from the half-time shows on TV. I use to love those shows watching the big bands perform. This is going to be great if I make the audition.

I thought I was auditioning to be on the majorette squad and would be given a time to come back and audition. Well, come to find out the scholarship was for the position of Feature Twirler. Um this shocked me due to this meant I would be out front with the drum major and would have to perform a solo routine at half time. The drum major Author Davis (nicked name Bubble Eyes) talked with me some and told me to do my best. No scheduled time to audition just cold turkey in front of the band director him and three or four other band members I think the rhythm section I had to audition. Inhaling deeply, I just went for it and gave it my all! It took all of two minutes before I was asked to stop. Oh my God, I knew I had blown it! One of the drummers commented, “have you been to state?” My reply was no. Another asked, “do you dance?” I said yes! Bubble Eyes chimed in and said you need to work more on loosening up and I will help you. Mr. Strong emphatically injected, “no afros allowed!” My hair was in an afro one I really worked on daily to get it to look just right.

This surprised and troubled me due to I was at an all-black college and this was the early 70s. Wow! I can’t wear an afro I thought to myself! What the hell? Mr. Strong instructed me to go to the athletic dorm and see the football couch to get on the list to receive my books and then go to the accounting office to sign the list for my dorm to be paid for by the Music Department. No formal letter not even a welcome from him. Bubble Eyes turned and said, “band practice will begin at 10 am every morning until school starts.” My head was spinning so much I had to wait a moment before I could walk. After I got signed in for my books and dorm payment I ran to building C (my dorm) to call my parents. “I got it!” I squealed repeating to them, “band practice starts tomorrow morning! My room, board and books are all paid for mom!” My mom called my father to the phone by now she is squealing, “she got it!” They exhaled so loudly I could hear it over the phone. We celebrated for a moment and they both reminded me that with the Lord all is possible. The call ended with both of them saying, “see you at Thanksgiving baby.”

Hadayai Majeed writes short, intriguing stories in many genres. The Joy of Islam series and Pieces of Me with Company are collections of her diverse works and those of others. Each book is unique always leaving the reader wanting for more.

More stories from Hadayai Majeed aka Dora Spencer and writers in Motivation and other communities.