There is a way to make your brain think that the work you're doing is quick and easy even while completing difficult goals or complex tasks. 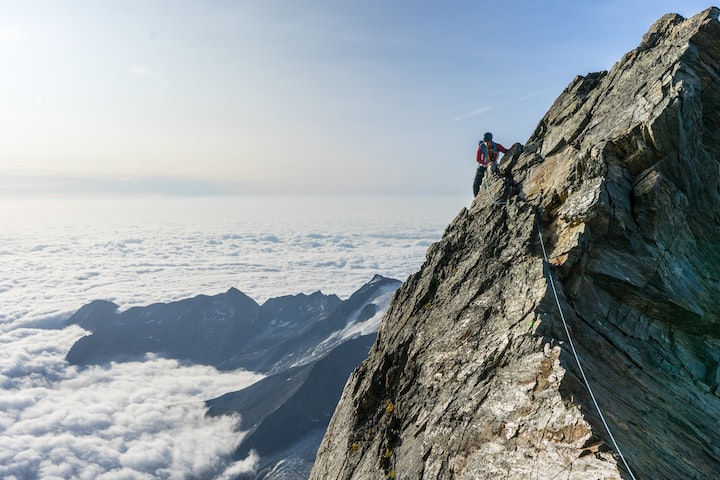 Photo by Jef Willemyns on Unsplash

A few years ago I got into a conversation with a neighbor of mine about how he started biking to work every single day. It took him 45 minutes or so and he even did it even in freezing cold weather and bad wind. I asked him how he could even get out of bed knowing that he was about to go through such a difficult time every single morning. He told me he had to lie to himself.

At first, I was confused, it didn't make any sense to me how a person could lie to their brain to do something challenging. As he explained further I began to understand. He told me that before he went to bed he would check his bike to make sure it was ready to go for the next day. As he did this he would think "I'm just checking my bike to make sure it's in good shape, in case I want to take it out anytime soon"

I was amazed, he would blind himself to any thinking that had to do with planning his bike ride. He focused on one step at a time and while he was doing that step he made sure that he wasn't thinking about what the step was leading him to. He did this every day. Think of the possibilities, what else could we apply this to?

By blinding ourselves to the giant amount of work that we have in the future, we are hyper-focusing on the steps that lead up to success. Large tasks can seem much more doable when we split them into more reasonable chunks. Using this form of self-reasoning is a good way to convince ourselves that what we are doing is something small, even though it's a step on the staircase to something much bigger.

To put this in another context, imagine having to read a 1000-page book. By reading the first page we can reason that another paragraph won't take long. The book is already open, we already started. Then why not one more paragraph? Then we might as well finish the page, then another page, and then half of the first chapter. Maybe the entire 1000-page book won't be finished in one day but our progress. But our progress is multiplied which means more reading per sitting and fewer sittings per book.

It's easy to become discouraged or over-stressed when starting new jobs, trying new things, or taking on more responsibility. Sometimes, the best thing that we can do is actually blind ourselves to the complicated process we are about to throw ourselves into and hyper-focus on what is convenient and at hand. Pushing to the side what we don't need to do yet and planning for our next steps by getting everything ready for them.

There are plenty of methods like this, it's about trying them out and seeing if they work for you. As someone who has struggled with motivation and finishing large tasks in the past, it works great for me. Sometimes it's better for us to not see the amount of work we will be doing until we're looking at it in the rearview mirror.

More stories from Conner Skaggs and writers in Motivation and other communities.