The shape of a healing journey.

by Eva Šmite 4 months ago in advice

The tale of spiral and tortoise. 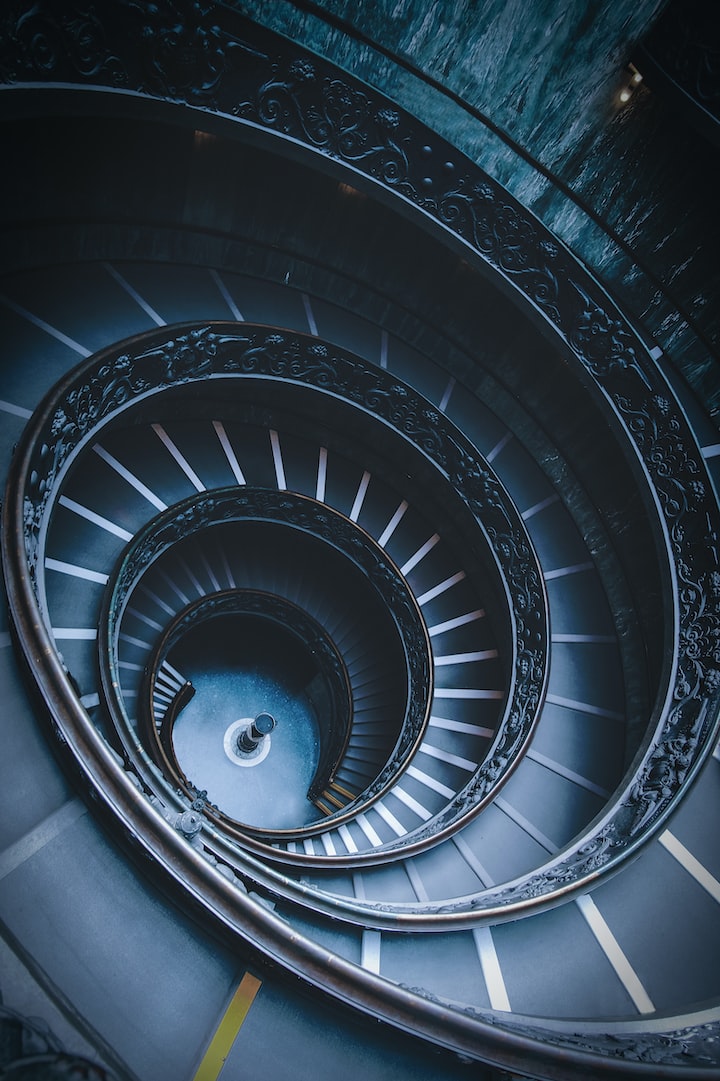 Photo by Cristina Gottardi on Unsplash

“The path isn't a straight line; it's a spiral. You continually come back to things you thought you understood and see deeper truths.” Barry H Gillespie

I felt for a long time that this journey we call life, this process of learning and growing - some call it the evolution of consciousness, does not have a linear trajectory but is more like a spiral. It is essentially progressing by going deeper, yet does so in a circular fashion. Which is why at times it feels like we are going in circles, seemingly repeating the same mistakes over and over again, which can make us feel stuck, doubting whether we made any progress at all. We live in an instant culture after all and can get a lot done in a matter of a few clicks, so why aren’t our psyches as flexible?

This is especially obvious when it comes to healing work. Just when you think you have dealt with a particular issue, it comes back and hits you in the face. Unless one knows that the process is done in layers, and is not linear, it will occasionally feel like being back at square one, facing the same old stories and feelings associated with them . This can feel very frustrating and discouraging at times. It helps to remember that certain conditioning patterns run very deep , and psyche is only able to let go and integrate a certain amount at any given time. It is also crucial to have self-compassion and patience, as well as to trust the process.

Especially for childhood trauma survivors, the patterns we are dealing with are very deeply ingrained in our brains and bodies, because they were learned during our formative years, years when the brain was developing and so was highly receptive, with neuroplasticity (brains ability to change) at its highest. And then those “recordings“ played in our heads for many years on repeat. On a physical/neurological level it is expressed by certain neural pathways being activated on a regular basis, certain neurons connecting with each other over and over again, forming networks , making those connections more established over a period of time. You probably heard the line “neurons that fire together, wire together.”

Focused healing and self-development work creates new neural pathways, thus forming new, healthier beliefs and attitudes , but it takes time before they will gain as much strength and air time as the old ones, let alone replace them completely. It also takes discipline and repetition, qualities that ironically do not come naturally to some trauma survivors, especially if the nervous system response that kept them safe was freeze, as opposed to fight or flight, which is often the case, as a small child is unlikely to run away or fight an adult. I believe that even procrastination is oftentimes a learned behaviour, and has more to do with safety, than laziness. Chances are, at some point freezing and doing nothing, served some of us well, while being assertive was met with disapproval, hostility and punishment. What started as a self -preservation became a self -sabotage, but nervous system does not know that and still tries to keep us safe. Everyone heard the term “comfort zone”, but not everyone is aware that for some it has to do with survival response due to perceived danger, as opposed to just keeping one comfortable.

However, these “detours” are not a waste of time, they might be very needed experiences of integration that have to occur if we are to make a meaningful progress. They connect us to our humanness, they make us more humble and compassionate towards ourselves and others. If we could shoot for the stars immediately, without much effort on our part, how much patience and understanding of the complexity of being human would we really gain as a result?

There is an author who made me see this more clearly by bringing to my awareness that, which I long suspected to be the case but couldn’t quite put my finger on. Jeff Brown has the ability to intuitively tap into the workings of the human psyche and mirror it back to us in a very reassuring and compassionate way. He has a good balance of both - intellect and the heart, allowing his writing to be not only informative but also transformative:

The mark of a great writer is the uncanny ability to articulate , to put in words what many of us feel on a regular basis yet are unable to express. This ability to lay it out on paper, black letters dancing on the white surface then becomes a gift to others, not only in a sense of information but in a sense of confirmation that what we are experiencing - is indeed valid. And emotional validation is a powerful thing in the world that constantly invalidates our feelings one way or another. To be able to recognise yourself in someone else’s words, to be able to reassure yourself that this indeed is the experience many share , is in itself healing. And instead of beating ourselves up , since inner critic is a strong aspect in childhood trauma survivors, to have some self -compassion and to say to yourself - “this is where I am at on my healing journey and thats ok.”

See all posts by Eva Šmite →