by Kate McDevitt 2 months ago in goals 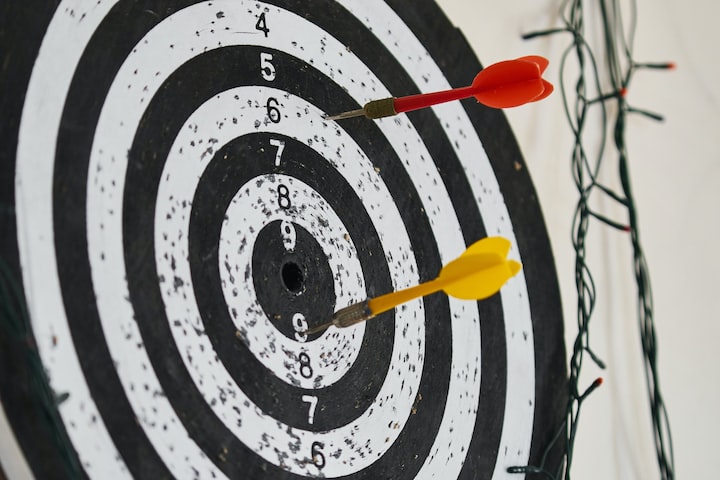 I’m just 1 person who knows how to set the right goals. It’s taken me a lot of failing to figure out how to write a goal that will set me up for success and not frustration down the road. Here, I’ll go through the SMART method of creating goals and show examples of why each of the elements is important when setting personal goals, not just professional ones. The SMART method first appeared in an article by George T. Doran in the November 1981 issue of Management Review. The acronym has changed over the years in different hands and as it has been applied to different situations, fields, and projects. But, at its core, it is a framework that can help prevent you from creating the wrong goals.

S is for Specific and Strategic: Making your goal specific means addressing the most important part of a goal. You’re using your goal to zero in on a single area for improvement.

Good example: Save enough money to purchase a car.

Both examples above show that a person wants to save money, but the good example shows to what that money will be allocated. Its specificity is both useful in distinguishing it from other savings accounts as well as motivational because you are reminded of the reason you are going to work hard to achieve the goal.

M is for Measurable: Making your goal measurable means setting up a way to know when your goal has been achieved. You should think about indicators of progress and of success in order to quantify what you want to achieve.

Good example: Floss once a day, every day for a month.

This is an example straight from one of my failed goals. Both are worthy goals, but in the first example, I had no way to know if I had achieved the goal. I was flossing rarely, so is flossing more than once a week a success? What if I go all year without flossing and then floss three times a day every day for a week? I will certainly have “flossed more” in that one week, but it isn’t indicative of the healthy pattern I had hoped to achieve by setting the goal originally. The second example, however, allows me to count and track my flossing. I will be able to tell clearly if I have failed or succeeded.

A is for Achievable or Attainable: Originally, the letter A also stood for assignable. But as we’re dealing with personal goals, it is implied that this goal you create for yourself will be assigned to you. A has also been used to represent the term action-oriented. It is important to create goals toward which there are actions to take to complete those goals. But I personally like achievable or attainable best for personal goal-setting. Making your goal achievable is so incredibly important. It’s great to dream big dreams, but goals and dreams are two separate things. Goals need to be something you can actually achieve with the resources, time, and skills you have at your disposal.

Bad example: Watch all of Doctor Who.

Good example: Watch all of the 4th doctor’s episodes of Doctor Who.

This is another example from one of my 101 Things in 1001 Days lists. I really wanted to watch all of the episodes of doctor who, which comes out to more than 800 episodes. That would mean that I would almost have to watch an episode a day. That’s technically possible but not very probable given all my other commitments and interests. In addition, there were many episodes lost to time, because some of the old episodes were taped over older episodes. Some episodes exist only in audio format, so I could listen to them but not be able to watch them. When I broke down the goal into smaller, attainable pieces and reworded some of those pieces to address missing episodes, I was able to get through all of the classic Doctor Who episodes and specials, and I had a great time doing it.

R is for Relevant: It can also stand for realistic (which is covered by attainable above already), reasonable, and results-based. For personal goals, I like using the word relevant. Your goals should align with your values, desires, and long-term objectives. In the business world, it’s easier to see if a goal is relevant to a particular project or not. But life is broader and open-ended. Making a goal relevant means that it is something you care about and that achieving it will add to your life in some positive way.

Good example: Buy a better telescope and chart the stars.

Okay, this is a terrible example for all the actual budding astronomers out there, but I think you understand where I’m going with this. No matter how passionate I am about the night sky, if astronomy is not my career path, becoming an expert in the field is an unlikely and unreasonable goal for my life. If I set a goal like this for myself, it would eat up a lot of my time and effort and perhaps still not be achievable. If what I want is to increase my understanding of astronomy as a hobby, I probably shouldn’t set a goal to become an expert.

T is for Time-bound: Making a goal time-based or time-sensitive means having a goal with a set deadline. It is a goal that could reasonably be achieved within the time you set. it also gives you a focus and keeps you from straying from your objective if you’re a procrastinator like me. If a goal could take you a month to complete, making it a new year’s resolution and giving yourself a whole year to complete it might sound like you’re setting yourself up for success, but it also might mean you forget about it or leave it to the last minute to work on.

Bad example: Edit the draft of my novel.

Good example: Complete one round of edits for my novel every week for the next two months.

I might find that my novel requires a little more or a little less editing, but I have established a timeline within my goal to keep me on track while trying to accomplish it. If I go a week without completing a round of edits, I know that the following week will be more difficult for me in that I will have to complete two rounds. So I have an incentive to stay on top of my goal as well as a way to adjust my workload without adjusting the goal itself.

Not every goal can address all five of these elements, but a good goal-setter should take all five into consideration when creating a goal. Some people argue that SMART goals are no good for long-term goals, and I understand that it is tough to make large goals specific or time-bound. But that doesn’t mean thinking about a long-term goal using this method is a waste of time. Maybe it will help you break down the goal into smaller, attainable pieces. Maybe it will help you figure out the best timeframe. Or maybe it will help you realize that your goal was the wrong goal all along and that you should focus your attention somewhere else.

There are plenty of ways you can use the SMART method to create enjoyable goals, promote creativity, and fill your days with focused accomplishment. Whether you want to make it through your Netflix watch list or find a job with a leadership role, I wish you luck.

Just like the creations I build out of LEGO bricks or the stories I create on the page, I am constantly working on building a life and figuring out how to adult. I'm Just 1 Person Blog: http://imjust1person.com

See all posts by Kate McDevitt →