How the Grinch Stole Thanksgiving

by Eileen Davis 3 days ago in advice

Through my experiences, I share thoughts on the importance of Thanksgiving 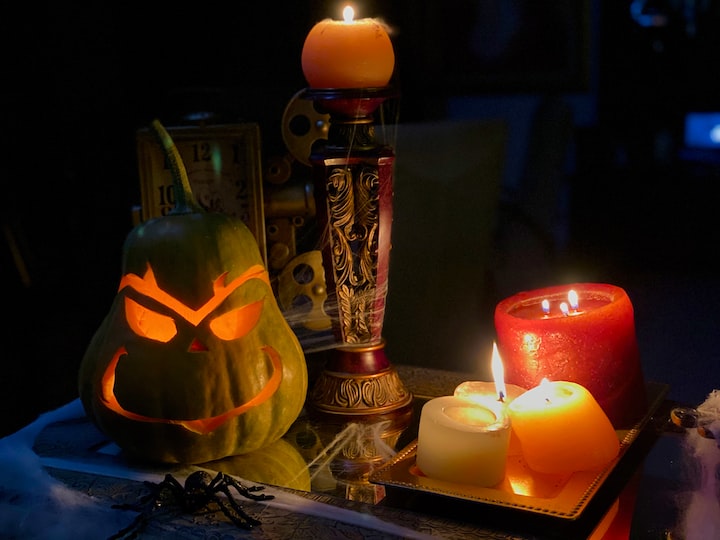 Photo by Andreas Avgousti on Unsplash

I really think the Grinch stole Thanksgiving and replaced it with Halloween hoopla and early Christmas decorating. Of course, I may be a grinch because I am annoyed with the blaring Christmas music on the radio. It starts November 1 and goes until New Year's. I can't find pop, soft rock, or rock-n-roll on any station. Only the rowdy "Rudolph the Rednosed Reindeer" and "Here Comes Santa Claus". Probably the music, in general, turns me off, which is why I prefer only five weeks. We miss out on grateful songs like "For the Beauty of the Earth" or "Thankful" by Kelly Clarkson. Then maybe we can move into the more mellow spirituals, like Amy Grant's 1992 Christmas album, mixed with the rowdy songs after Black Friday.

I remember Thanksgivings of visiting with aunts, uncles, and cousins. One cousin and I played board games for hours. Of course, her brother and my brother hogged the Nintendo 64, so we could never play on that. Thanksgiving seemed magical too when I only had to peel a few potatoes and set the table. As an adult and mother, Thanksgiving has less "magical" appeal but is still a grateful time to gather with family. (By the way, THANK YOU to my parents and extended family who hosted Thanksgiving dinner for many years.)

When we rush into Christmas planning shopping, I believe we neglect the calm moments with family and friends.

As a teenager, I overlooked the importance of family to participate in high school plays. In my Freshman year, the school play called for a set of triplets. The student director cast my two redheaded, freckled, scrawny classmates and me as the triplets, but the schedule ran through Thanksgiving week. After I announced I had the part, my mom was not happy. As the high school assistant librarian, my mom knew how stubborn the drama teacher could be. She never budged on the three performances Thanksgiving week, particularly Wednesday night before Thanksgiving, despite students and parents asking her to. After all, Wednesday night constituted the largest audience since many extended families returned to rural Blanding. However, my older siblings and extended family lived in Northern Utah, Idaho, and Arizona--all 5-10 hours away.

In the end, my parents accommodated their plans for me and we left Thursday morning. But my immediate family and I missed extra time with my older siblings and extended family. I hope I thanked my parents. Now I wonder if it was fair my drama teacher demanded those around her accommodate their plans to hers, or that I insisted on being in the play.

The Benefits of Gratitude

But there is no medication or operation that can fix the many spiritual woes and maladies that we face.

There is, however, a remedy — one that may seem surprising — because it flies in the face of our natural intuitions. Nevertheless, its effects have been validated by scientists as well as men and women of faith.

I am referring to the healing power of gratitude.

Personally, I found healing power myself in expressing gratitude. Several years ago, I wrote "three good things" in my journal almost nightly after I learned of it in a women's support group. This act of expressing gratitude helped me overcome some depression and love my family more.

After Russell M. Nelson's broadcast on November 20, 2020, many friends and family took his challenge to express gratitude on social media. Many of us felt a sense of unity when we couldn't physically gather. Some close high school friends and I chatted over Zoom, which buoyed our spirits. It also healed a lot of bitter feelings for me after the contentious 2020 election.

So I repeat, we need Thanksgiving this week and beyond.

Don't let the grinch steal your Thanksgiving this year.

This ginger grinch grins when you express your thanks through subscribing or tipping.

Receive stories by Eileen Davis in your feed
Eileen Davis
Read next: Best Motivational Speakers in the World