From a match seller to $65 billion

by Samara Ben 7 months ago in celebrities
Report Story

Creating a better everyday life for the many people 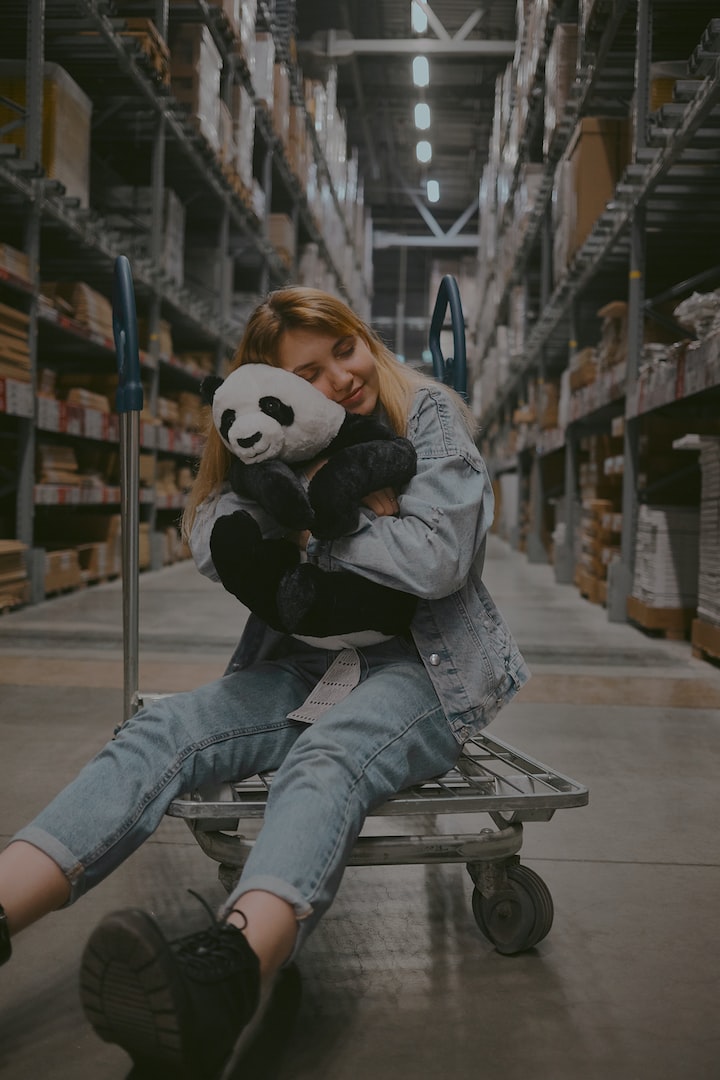 Photo by Max Titov on Unsplash

I did not get excited about writing about anything as much as I felt today when I was writing about one of the most important companies in the furniture industry in the world, if not the most important one; IKEA was founded by a Swedish man named Ingvar Kamprad, who is considered the fourth richest man in the world and the richest man in Europe today, with a fortune of more than 65 billion dollars.

So how did the story begin? How did a young man start selling matches to this success, which astonished me personally?

From a German family living on a farm in Lungby, Sweden, Kamprad was born. His grandfather died due to his inability to pay the debt of his farm. The Swedish environment at this particular time was harsh to the extreme. The country was agricultural and suffered from poverty and austerity, but the amount of equality in work and cooperation between them was the remaining hope for them in Build their family over time.

Kamprad was distinguished by an intelligent personality when he learned the value of saving from the age of five, and although he grew up in a family that had many bad moments, he had dyslexia, a learning disorder that manifests mainly as difficulty in reading.

He was known for his obsession with the economy and his intense love of earning. When he reached the age of ten, he used to ride his bike every day and go to Stockholm and buy matches at very low prices. Then he takes it back to the farm and sells it to his neighbors at low prices and gets a good profit. He started expanding gradually until he started his activity in selling fish, ornamental plants, seeds, grains and pencils; At the age of 17, his father gave him a cash prize for his academic excellence.

The name "IKEA", an acronym for "INGVAR Kamprad from Elmtaryd, Agunnaryd", was inspired by his initials "Ingvar_Kampard", the name of his parents' farm "Elmtaryd" and the name of the town in which he lived "Agunnaryd", as an expression of his strong attachment to the place where he lived. He lived in his youth.

He established his company on his home kitchen table in 1943, and his business became mainly related to correspondence, and he expanded his activity in the fifties by manufacturing light household appliances such as desks, tables, chairs, picture frames and others at very low prices, and he started using trucks to transport his goods and decided to specialize in furniture.

He started bringing home-made furniture, produced by local craftsmen from the wood of the forests near his home.

Many young people helped him in spreading his brand and launched a catalog of his products, and northern Europe and Sweden celebrated many showrooms offering his products at great prices! .

At a time when competition with other companies increased, Camperd thought of having his own headquarters so that customers could see his products directly before the purchase process, because in the past he relied on orders assigned to him, but furniture dealers had another opinion.

They fought Ikea, because it was close to the poor, and they allied themselves against it and insisted that they cut off all means, including the threat to suppliers who give Ikea raw materials for the manufacturing process.

Kamprad resorted to strange and strange tricks in obtaining raw materials; Including concealment at a time when the land was stripped of roads and in the cover of darkness, as the company was growing and it needed a lot of raw materials.

At that time, he traveled to Poland and opened new markets in the United States and Europe. The nature of the markets differed in them from Sweden, and he began to work in the first restaurant for his chain, and the idea of ​​canned food raised his astonishment, so he had an idea, which is to prepare furniture in cans at cheap prices, just like food.

Every new day in the life of IKEA represented a new line in its success story. Rather, every year that passed was a new birth for one of its branches around the world; It began to expand outside Sweden in Denmark and Norway until it covered all the countries of Scandinavia, then in Switzerland in 1973 AD, and Germany in 1974 AD, until it invaded North America and opened its first branch in Canada in 1976 AD, and in Australia in 1977 AD, until it reached the ends of the East and West, In a furniture-making empire so sprawling that when Ikea opened in Shanghai, 80,000 people visited the store.

Ikea is now the largest and most important furniture company in the world. It is located in more than 40 countries and has more than 300 branches. What is remarkable is that he never borrowed money throughout his career and never thought about offering shares for his company, the company was able to conquer Japan and China and the most powerful castles of industry in the world In Britain, Italy and Turkey, the company expanded in the children's market and established a specially designed company that gained wide fame.

In 2013, Ingvar Kamprad resigned from the IKEA board and his youngest son, Matthias Kamprad was installed as president after his decision to step down. "I see this is the right time for me to leave the IKEA Group board. Years ago, we empowered new generations.

"Matthias and his two older brothers, who also have leadership roles at IKEA, work with the organization's overarching vision to achieve the long-term strategy.

Despite Camperd's huge wealth, he was a first-class economist. He was never known for any extravagance. He owns a Volvo 240 model 1993 AD, and asks his employees to write on paper from both sides to save. He currently lives in the Swiss city of Epalinges next to his money since the seventies, He was known for his obsession with everything that was economic. He used to eat cheap meals in restaurants, and when he traveled, he took an economy class plane.

What is inspiring for me in this story is the extreme from the agricultural society to the industrial society was closely related to this village, and the reliance of Campard and his competitors on rationalization of costs was the first factor in the success of his company over time and he was able to know where to eat the shoulder, and if our brother Considering Sweden's neutral role in World War II was one of the factors in Sweden's strength, as far as I know that Sweden has not fought in 150 years, the multiplicity of resources for this country and the good planning of the company, all these are important factors that helped Camperd in his leadership.

Thank you for reading my story

Cooking, Beauty, hair and culture writer. One of Most Influential People in the Multicultural Market.

I am a Creative Writing major I was focused on writing fiction. I have a great passion for writing.

More stories from Samara Ben and writers in Motivation and other communities.