by Judith Isidore about a month ago in advice
Report Story

Did Agatha Christie and Bill Gates deceive us? 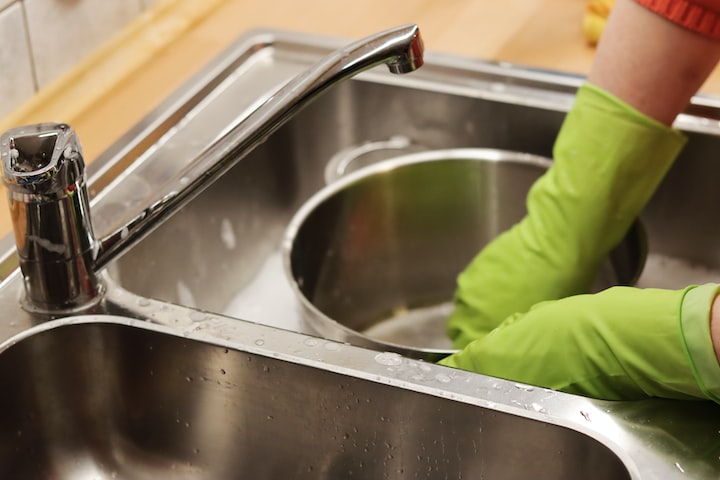 Photo by Marek Studzinski on Unsplash

A quote from the lady of the detective novel, Agatha Christie, is circulating on the Internet. This quote is: “I am guided by the plots of my detective novels as I wash the dishes, because this stupid act involuntarily makes you think of murder.” Christie was known for her great skill in plotting novels with the utmost creativity and accuracy, which made her on the throne of crime novels in her time, and she became a role model for those who came after her. She is truly an amazing writer.

To return to our topic, as for the quotation circulating on Agatha, there are some doubts about its authenticity or its attribution, despite that, it carries a great deal of truth, and here I do not mean that she said this quote, but the issue of creativity and the generation of creative ideas during work such as washing dishes, It has scientific evidence, and this is the focus of our topic now.

Well, now it's our turn to figure out how an activity like washing dishes (or other activities) generates creative ideas, but before that, let's know the answer to the following question:

What is creativity and how does it work?

In a previous report, I talked about creativity and how it is generated, but let's quickly summarise the topic. Do you want to know what does the word creativity mean? Quite simply, if you put a number of people in one room, give them some things and ask them to guess the different uses of those things, most of them will find limited ideas, while very few - perhaps one or two out of 10 - of them will produce the most creative and amazing ideas. These are the creative few. Creativity is looking at things from a different and new angle, and this is what distinguishes geniuses like Einstein, Stephen Hawking and others who left a clear imprint in the history of science.

As for how creativity works, many scholars have agreed that it works by collecting and mixing ideas and coming up with an original idea. To simplify it a little with an example, and let the banana milkshake, whether you agree with me or disagree on its taste, it is a creative idea, instead of eating bananas and milk separately, why not have them together in one drink? I wanted to get more creative one time and used watermelon with milk, and it tasted great (nobody else had it, but it's okay, it tastes). Regardless, in such a case, am I creative? To some extent, but the most creative was the one who mixed bananas with milk from the beginning and inspired me to this idea. Who is that great owner or the owner of the idea of ​​milk with bananas? I don't know, but it's great anyway.

On the other hand, there is a common belief that creativity is concentrated in the right side of the brain, but it is a myth. There are many studies that have been conducted to monitor brain activity while participants are engaged in creative tasks, or in cases of patients who have had a problem in the brain, which in turn affected on creativity. It turns out that there is a region in the brain called the frontal cortex that is associated with creative processes, and this explanation seemed logical to scientists, as this region processes cognitive processes such as memory, planning, and others.

But hey, let's go back to the example of milk with watermelon, I mean banana milk, we agreed that the first idea, used the data and ideas around it and came up with a creative idea (yes, milk with bananas), scientists found that the hippocampus or the hippocampus, can collect facts and experiences, for example , an experience you went through 10 years ago or a party you attended 3 years ago and so on, that is, it collects ideas and reminds you of them, so that you realise your feelings at the time, whether they were joy, sadness, anger, satisfaction and others.

However, the matter does not stop at the frontal cortex and the hippocampus, but rather there is the so-called “basal ganglia”, a region of the brain within the white matter (we will get to know it now), these ganglia help in processing the memory of skills, for example, when practicing the sport of riding The bikes, you will fall from the first time, and with practice, you will notice a noticeable development. Exactly this is the memory skill that processes what your body is learning. Developing a skill like this is categorised as a creative task.

As for the white matter, it helps connect brain structures, and when different brain regions are strongly connected, the ability to process information and data increases better, which enhances the creative processes in the brain.

On the other hand, a study published in 2018 showed that creativity requires the interaction of 3 different networks of the brain: the default network, the executive control network, and the salient network. A person’s creativity can be predicted by measuring the strength of the connection of these three networks. But hey, that's not all! Creativity is not only in the brain, how is that? Before answering, let's touch on an important study.

In 2014, a study was published in the journal Mindfulness by a number of researchers at the University of Florida led by Dr. Adam Hanley. The study involved 51 students, some of whom were asked to wash the dishes, focusing on breathing, touch, smell and feeling. While others were asked not to care what they were doing.

The researchers observed an increase in the positive effect, i.e., inspiration and the generation of creative ideas by 25%, and a decrease in stress level by 27% for students who focused during washing, as focusing on the feel of warm water and the smell of soap helped them activate their brains. As for those students who did not concentrate, they benefited nothing from the task. The results led to the role of some useful life activities in enhancing mental alertness. “Performing intentional activity appears to enhance alertness and cognition,” the study authors said.

Scientific studies have recently revealed that to generate creativity requires the union of the parts of the whole body. Yes, that's true, which explains the positive effect of dish-washing on students and their brainstorming. Dr. Adam Hanley, the study's first author, commented in a statement, "I was interested in how to use normal daily activities to enhance a state of mind."

Not only washing dishes.. a healthy mind resides in a healthy body

Have you ever noticed that when you think about a problem and fall asleep, you wake up in the morning with effective solutions? Well, it happens a lot, and there is a scientific explanation. Brain activity during a period of sleep, the stage of REM sleep in which we dream, helps enhance memory and learning, increasing the chance of generating creative ideas to solve any problem and process ideas. So, if something gets in your way, go to sleep.

In 1889, German philosopher Friedrich Nietzsche wrote: “All great ideas are born while walking.”

According to a 2014 study by Stanford University scientists published in the Journal of Experimental Psychology, walking helps generate thoughts by 60% compared to sitting.

176 students participated in the study, and several experiments were conducted under different conditions, including:

In all of these cases, they had to think about the uses of a particular object or object. It turned out that walking outdoors was 60% more effective at generating creative ideas.

Apple founder Steve Jobs was walking meetings, and Mark Zuckerberg, Facebook founder, was also seen holding meetings while walking. And Jeff Weiner, CEO of LinkedIn, recommends walking 30 minutes a few times a day. Why do we go away? You yourself would probably find walking back and forth while studying better, wouldn't you?

One of the most famous laws of physics in the world, its story dates back to pre-Christian times, when the king of Syracuse doubted the goldsmith who made the crown for him, and thought that it was not made of pure gold. So our venerable scholar called Archimedes, and asked him whether the crown was made of pure gold or not.

Archimedes thought of a solution, but it seemed to be a problem for him, and while he was in the bathtub, he noticed the displacement of the water when he sat in it, and the idea came to him that the volume equals the volume of the displaced water.

It is said that he came out screaming naked, saying:

which is the same word that we sometimes say when solving a dilemma. This is its origin. From this we notice that even Archimedes was able to come up with a creative idea during a life activity that we all practice.

Just as with Newton, who was sitting under a tree, an apple fell from the top. Several questions came to his mind, which resulted in the theory of gravitational attraction. The idea of ​​one of the four world-famous forces originated under a tree.

Finally, a large number of scientists agreed that creativity is born from the practice of life activities, perhaps while washing dishes or concentrating for a while while taking a shower that causes you to invent a new principle in physics, and you run out and say: I found it... I found it. Or you drop a fruit while you are sitting in a barren desert with no grass or water, and you think of a new law for this illogical state. As for the story of Agatha Christie's saying, the creativity that is engendered in her during these situations is often real (creativity is not the saying).

More stories from Judith Isidore and writers in Motivation and other communities.