by J. R. Lowe about a year ago in ceremony and reception
Report Story

After spending 3 years working at an events venue, I have an abundance of disastrous stories to tell of chaotic weddings... 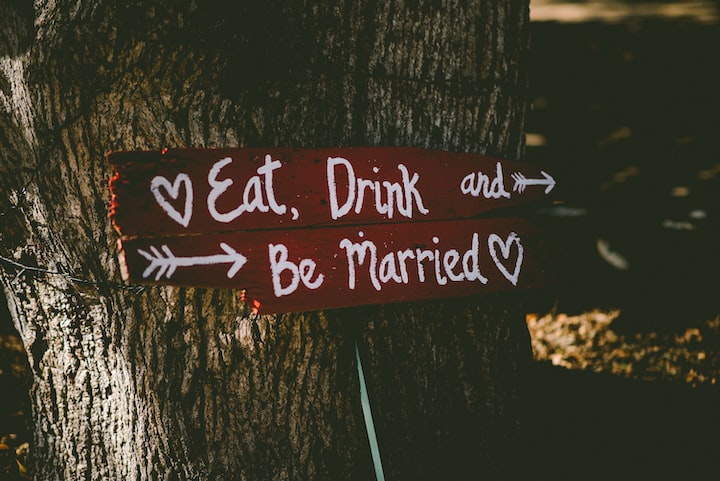 Photo by Ben Rosett on Unsplash

After spending three years working at an events venue, I feel as though I've seen just about all there is when it comes to things going wrong at weddings.

Weddings always seem to facilitate stressful environments. Clumping everyone you and your partner hold dear together (and of course, some extras that you just 'had to' invite), and trying to follow a tight schedule while wearing some glamorous, although not particularly comfortable, outfits is bound to create a rather tense atmosphere.

There's always so much pressure for everything to be perfect and to plan on your wedding day. You only get one after all! Well, assuming it goes well that is.

I could tell hundreds of stories which detail the catastrophic events that occurred during my time working at this venue, but these stories take the cake (yes that was a pun, thank you). I hope at least they give you some joy. I, on the other hand, have been traumatised for life.

I think, of all things that could go wrong, this is potentially one of the worst. It's also a rather short story because (spoiler alert) the wedding had to be cancelled.

It was a rather warm summer afternoon. The ceremony was about to begin, and guests were bustling around trying to find a seat in the outdoor set up. The bride and groom had both arrived and, as with any wedding, the photographers were on a photographic rampage.

I'm not sure at exactly what point the photographer turned to the bride, but I suppose they hadn't fully considered the fact that she suffered from photosensitive epilepsy. Perhaps it was because she hadn't had a seizure for several months prior, and was also medicated so they assumed everything would be fine? But unfortunately for her, it was not fine.

One click of the flash on the camera, the bride hit the ground, and that was it. She had to be rushed off to the hospital in an ambulance. The poor couple never got to have their special day.

I'm not sure what happened to them after that, and whether or not they went through with another ceremony or just tied the knot casually is a mystery to me. I truly hope everything worked out for them in the end though because they were a lovely couple.

The cake is perhaps one of the most precious items at any wedding. As the staff member who was usually in charge of carrying cakes out to the table for display, I can quite confidently say that it was the most stressful part of any event.

Everyone looks at you as if you're holding a bomb or something. I suppose I may as well have been carrying a bomb, because there were plenty of Bridezillas who booked with the venue who would have, quite literally, torn me to pieces should I have dropped their precious cake. Anyway, fortunately this incident didn't actually involve me so I was safe from dismemberment.

When the cake-maker came to drop off the cake, she was already in a state of panic. She was carrying a white cake box and speaking in condensed sentences.

"I'm not sure if there's anything you guys can do. I know the wedding starts soon. This is just a disaster. I dropped the cake!"

She had to run off to deliver another cake to a separate venue, but she showed us the damage before she left and it wasn't pretty. It was a two tier cake and about a quarter of the bottom tier had been chipped off, exposing the chocolate sponge cake which lay below the butter cream icing.

The wedding ceremony had already begun and the managers had to literally scrap icing from the other side of the tier to try and patch up the huge gaping hole. For the damage that was done, and the limited time they had, they actually did a half decent job.

Luck was on their side though because the bride was relatively understanding when they inevitably had to break the news to her. I suppose in a way they, things kind of worked out well. The bride got a huge discount, the cake was semi-presentable, and no one got yelled at. If you ask me, that's one hell of a happy ending.

I've heard more wedding speeches than I can count, but this one was certainly one to remember. The best man was a bit of a joker, but was also clearly rather insensitive at times. There had only been one or two speeches before his, but as soon as he strutted up to the microphone for his turn, I could tell it was going to be a disaster.

The bride was already in a sour mood because of some earlier complications with the table decorations, but this speech was the last straw. The opening sentence of the speech was all it took.

There was a very quiet nervous chuckle amongst the crowd as the best man smirked. He continued to lay on a few more rather unsubtle insults until the bride suddenly stood up and walked abruptly away from the crowd.

The bridesmaids followed her and the best man's speech came to a sudden end. I'm not sure what happened after that but eventually the bride returned to her seat and the rest of the speeches continued.

Ironically enough though, the best man's speech was about how sensitive and moody she was so I guess it kind of proved his point. Still, not a good look for a wedding speech.

Excuse me sir, this is not your bedroom

This one isn't necessarily a 'wedding disaster story', because it occurred after the wedding had finished, but it was still a rather eventful experience to say the least.

The wedding reception had finished at 11pm and we (the staff) had spent two hours cleaning up and resetting the venue. The last thing on the list before locking the place up was cleaning the bathrooms.

Unfortunately, when we went to open one of the toilet doors, it was locked. After prying it open with some tools, there was an unexpected surprise inside.

There, sitting on the toilet asleep with his pants still down, was one of the wedding guests. He was extremely drunk, but after a while he came around and managed to walk out of the venue.

Still, this was after we'd had to call an ambulance to check he was actually still alive. So our shift didn't finish until about 2:30am. Everyone likes to have a few drinks at a wedding, but please, for your sake, and the sake of the staff, don't get pants-down-sleeping-in-a-public-bathroom-drunk.

This one actually has a relatively happy ending so I figured it was a nice way to end this series of micro stories. Although I have to admit, this one isn't technically a wedding disaster per-se, but if you've ever worked in hospitality, it's a nightmare come true.

It was around 8pm, dinner had long since been served and we were about halfway through the reception. The lights had been dimmed and the MC of the wedding had returned to the podium to begin the next round of speeches.

Staff generally use this time as an opportunity to top up guests' drinks in case there is a surprise toast in the works for whoever decides to speak next. So that's what I was doing - taking trays of champagne to each table while the MC stole the crowds attention.

I had dropped off all of the drinks and had one left sitting on my tray. I'm not sure exactly what happened, but as I leant back after placing the second last champagne glass in front of a guest, I felt the last glass begin to wobble on my tray. I knew it was gong to happen, but there was nothing I could do. It was too late.

The glass toppled over on my tray and was poured all over the lap of one of the guests.

The entire table let out a small gasp (as you do when someone spills something on the table, you know what I mean - that little "Oh!" people let out as they frantically try to grab things to mop up the spillage).

I panicked. Thoughts raced through my mind. It honestly felt like something from a nightmare.

Anyway, the commotion caught the attention of, well, literally everyone else. The MC's speech came to a grinding halt. Suddenly, all 100 guests were no longer looking at him - they were looking at me - the waiter who just poured champagne all over this nice woman's dress.

It was dead silent for what felt like a solid couple of minutes, although it couldn't have been more than a few seconds. I started frantically apologising to the woman to fill the silence and escorted her away from the table so I could provide her with some wipes to clean off the champagne.

The speeches continued in the background while I walked with the champagne-wearing woman away from the crowd. I was honestly expecting some passive-aggressive comments or a bit of a scalding, but I guess luck was on my side because she was the kindest person I have ever met. All of my apologies were met with a calm and polite comments.

"No honestly do not worry about it, it's no problem! I used to work in hospitality too, I know how stressful it is. Are you ok?"

I honestly couldn't believe it. Did she just ask if I was ok?

"At least you didn't spill it on the bide." she continued, "Out of everyone here, I'm glad you spilled it on me."

Then, to top things off, she gave me a $50 tip because she felt so bad for me and how stressed I was. I honestly could not believe how kind and understanding this woman was. If you're reading this, Esme, just know that I think about your kindness almost everyday. Thank you!

I just wish there were more people like her in the world. In a world full of Karen's, be an Esme.

But don’t let these stories put you off

Rather, use them to find comfort knowing that, even if things don’t go perfectly, they could certainly be worse. Don’t forget to appreciate what you have, and focus on the things that went right for you. Nothing is ever perfect, and it’s up to the way you look at things that really makes the difference!

More stories from J. R. Lowe and writers in Marriage and other communities.