Yoga and your mental health

CD
by Charli Dursteler 2 days ago in yoga

The positive effects yoga can have on your mental health 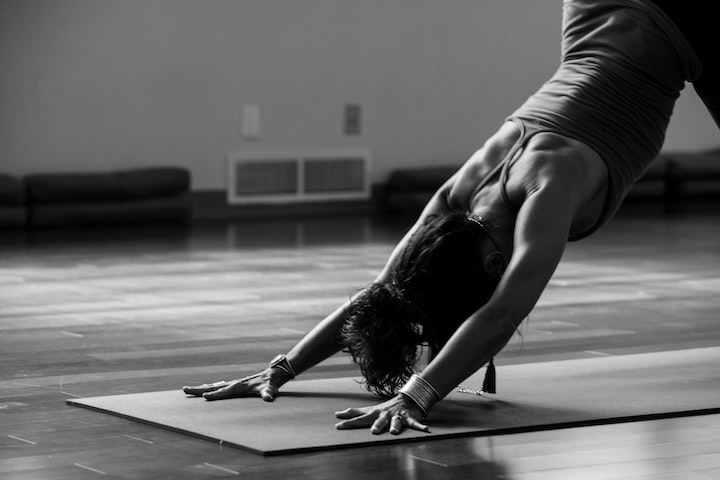 If you are anything like me, you've suffered at the hands of depression or anxiety or both for quite some time. There are times it can feel like a steel trap inside your own mind and all you want is a single moment of peace.

Well, have you tried yoga?

I know, I know; It seems a little intimidating at first, bending your body into all these new shapes and building muscles you didn't even know you had. The truth is, the more you practice yoga the more it becomes impossible to deny the benefits.

So, what are the benefits?

1. Natural anxiety relief: A study conducted by Harvard Medical School found that yoga affects the body much like any other "self-soothing" activity and causes a natural reduction in anxiety and depression. There is also evidence to support that regular yoga practice increases the body's ability to respond to stress appropriately.

2. Stress relief: We all have this hormone inside of us called cortisol. Cortisol is considered the "stress" hormone. This hormone is responsible for your mood, motivation, and fear. Cortisol is also the hormone responsible for regulating your "fight or flight" response. A study conducted on 24 women participating in a 3-month yoga program found that all 24 of them had significantly reduced levels of cortisol and also reported fewer feelings of stress, anxiety, fatigue, and depression.

3. Increased quality of life: In a study conducted 135 seniors were assigned physical activities in three groups: walking, yoga, and a control group for a duration of six months. In those six months, the seniors who practiced yoga reported a significantly improved quality of life, improved mood, and decreased fatigue in comparison to the walking and control groups which reported little change.

4. Improved sleep: Unfortunately for a lot of us, insomnia is a pretty common side effect of most mental health issues. GAD, ADD/ADHD, MDD, PTSD; insomnia is associated with almost all of them (and more). Studies have shown that consistent yoga practice leads to improved sleep quality, increased sleep duration, and less difficulty returning to sleep if awakened.

5. Chronic pain: This doesn't apply to everyone, but chronic pain can very often be the cause of mental stress and can even lead to other mental health issues. There have been many studies conducted that indicate yoga may be a very useful tool in reducing chronic pain. A study conducted by Integrative Cancer Therapies took 88 stage two and three breast cancer patients and assigned half of them yoga and half of them brief supportive therapy sessions prior to their radiotherapy treatments. Their study revealed that the patients who received yoga prior to their treatment had decreased depression, anxiety, cortisol and some reported that their chronic pain was more manageable or relieved.

Another study conducted took 42 patients with carpal tunnel syndrome: half of them received a splint and the other half were assigned yoga exercises for 8 weeks. At the conclusion of the study, yoga was found to be more helpful in pain reduction and improved movement than a wrist splint.

If you are someone who has been considering yoga for a long time but just isn't sure where to start, I'd highly encourage you to jump in. Yoga has been a fantastic friend in my mental health journey and my favorite practices come from an app called Down Dog. They have practical, goal-oriented yoga routines for any skill level and you can start with as little as 3 minutes if you need.

The benefits of yoga are truly indisputable and I recommend the consistent practice to anyone that struggles with their mental health from my own personal experience. After nearly a decade of struggling with anxiety and depression, a combination of the appropriate medication and yoga has helped me reclaim my sanity and I hope it can do the same for you!