Why I'm Not Convinced the Oculus is Great for Exercise

by Michael Brockbank 7 months ago in fitness
Report Story 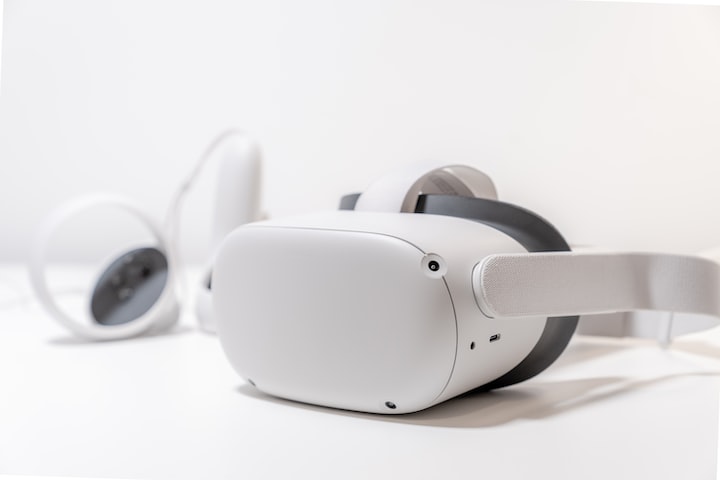 One of the things I'm excited to try this year is seeing just how much of a workout I can get using the Oculus Quest 2. And although I haven't bought a game that really works up a sweat yet, I'm a bit on the fence on whether I should. This is coming from what I've done using the device thus far.

Don't get me wrong, I think the Oculus Quest 2 is fun, and I really like the Premiere Bowling game I bought recently. I just don't think it's a viable option for intense exercise when I have something like the Xbox Kinect still.

First of all, I'm only able to play with the Oculus for about 20 minutes before my glasses fog up to the point of not being able to see. And yes, I've tried a number of tricks and tips to reduce the issue. So far, the only thing that has worked has been letting soapy water somewhat dry on the glasses.

I'll be doing a list of things to try on ColoradoPlays.com in the near future.

My point is that it's inconvenient to have to treat my glasses before strapping on the headset. At least with the cheap, smartphone VR headset I tested out a couple of years ago, I can adjust the focus of the unit so I didn't have to wear my glasses at all. The Oculus Quest 2 has no such feature.

Since I like things to be quick and easy first thing in the morning, this is a big red flag for me. I'm incredibly busy, and I shouldn't have to take time out of my day to try a new trick to stop the glasses from fogging up.

Though, I need to mention there are some lenses you can buy to attach to the Oculus that are based on your prescription. I'm debating on buying a set, but the ones I saw were around $120. Currently, I just don't have the cash.

I attached the silicone cover to protect the unit as I plan on sweating it up quite a bit. Unfortunately, I've also noticed how it causes me to break out everywhere the silicone rests. This only happens on days when I try to work myself up into a sweat, though. Just playing a few frames of bowling doesn't really affect me as much.

I found that washing my face with hot, and then rinsing with cold, water helps reduce the onset of blackheads, luckily. Of course, it's always a good idea to wash your face regularly throughout the day anyway.

Nevertheless, I'm sure this would happen whether the cover was made of silicone or not. Just be aware you might have to wash yourself down after using the unit.

Some Movements Cause Sensors to Lose Controllers

When I play games in either VR or augmented reality, I really get into them. Meaning that I am hyperactive while moving around. Especially when playing the Xbox Kinect. According to data, I'll burn more calories in a 30-minute period playing the Xbox than most people will when going to the gym on average.

That's how physically active I am.

When playing this way with the Oculus Quest 2, sometimes the controllers are no longer "sensed" by the device. So, my hands disappear for a brief moment.

It's not too bad of an issue, as the Quest does a pretty good job of reconnecting in short order. I'm just worried that if I really dive into something like tennis, it's going to cause issues. But I won't know for sure until I find a game comparable to what I have on the Xbox.

I know, it's weird to think about the VR decreasing my mobility when it's supposed to do the opposite. Remember, I'm coming at the Oculus Quest 2 as a replacement for the Xbox Kinect.

Because I am highly active in front of the Xbox, and I don't have anything strapped to my head. I have a full range of motion when playing. When I strap on the Oculus and try similar movements, it shifts around and nearly falls off.

Now, I can tighten the straps to the point where I can feel my heart rate in my temples, but that's not an ideal situation.

The bottom line is that I have to be more aware of how much I thrash around when playing compared to what I do while using the Xbox Kinect.

Still Able to Use the Weights, Though

On the upside, I am still able to strap on the hand and wrist weights while using the Oculus Quest 2. The gloves feel a bit awkward after strapping them on and using the controllers. But the wrist weights fit almost perfectly.

This means I can still get resistance in when doing anything in Virtual Reality. This includes simpler games such as the bowling one I mentioned earlier.

To be honest, I really can't wait to put the Oculus through an intense workout routine and truly compare my calorie burn against the Xbox Kinect. But what I've experienced so far, I'm not convinced it'll have the same effect.

I've always been hopeful about using VR for health and fitness. And there are a lot of games out there you can buy for the Oculus. However, I'm also realistic and already have a sturdy platform that helps me get the heart rate beyond 180 on a regular basis.

I guess we'll have to see just how far I can push the Oculus Quest 2 in terms of exercise. Because right now, the Kinect can easily turn me into jelly on the living room floor.

More stories from Michael Brockbank and writers in Longevity and other communities.