why i chose witchcraft

by Jackson Hostler about a year ago in spirituality
Report Story

a story of complex trauma and finding responsibility 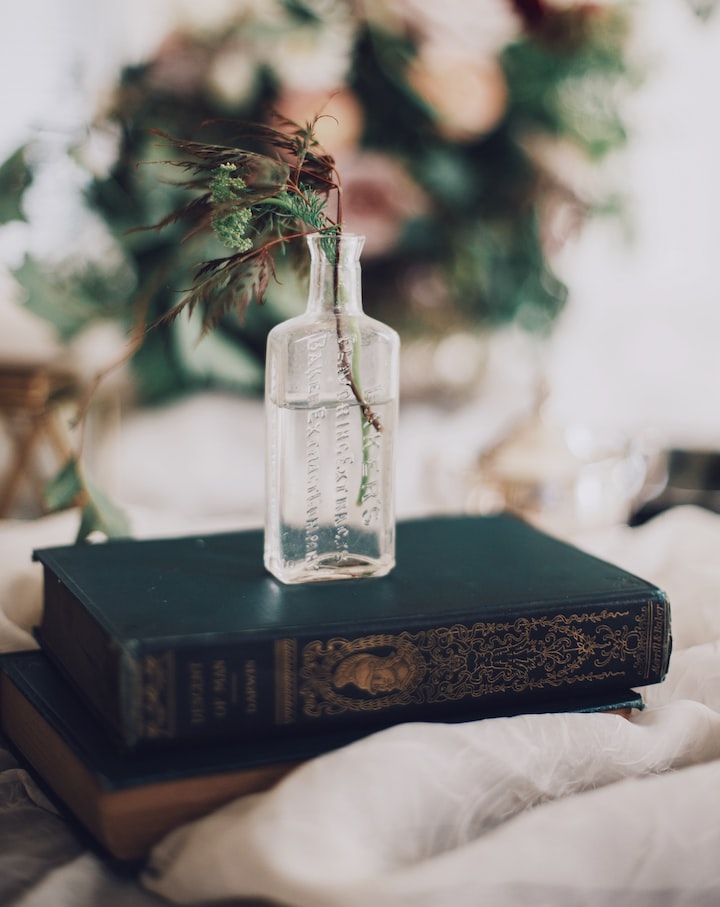 Photo by Eli DeFaria on Unsplash

Growing up, it was hard. Life was hard. Being a tad overweight, confused about who I was, and what I wanted out of life. It was hard. I was angry, I was hurting, and confused. I was finding myself constantly in a state of stress, and at the time, I internalized all of it. I struggled with self-esteem, bullying, hating the place where I grew up, blaming everything and everyone for the way I handled the world around me. There was no understanding on my part, it was all black and white. Either I loved someone, a friend or family member, or I hated them to the core of my being. It was extremes, in my emotions, my opinions, my interpersonal relationships. And in those extremes, I made a lot of mistakes.

I grew up, as one might suspect, in a rather lower class family. Verging on poverty, really. And I suspect myself, that it was a lot worst than I was made aware of. My parents divorced when I was young, and both remarried to people that were just as unstable as they were. I had no true guidance growing up. There was traditional Christianity. My mother, whom I lived with, was adamant we go on Sunday. We participate in all the youth activities. Do choir. Anything we could. I went with it, until I got older. As a teenager, I discovered I felt nothing for Christ, or the God that my family worshipped. And I also found no God in my home. With the screaming, the fighting, the punishments. I found no God in my father either. With the way he abandoned me, and then later in life knocked me around. It was a harsh reality that I found myself facing. If God wasn't there, if I felt nothing, what was I to do?

For awhile actually. I dabbled, I read, I learned, trying to find my place in all of it. And while I was doing so, I was getting older. Getting out of my mothers home, getting away from the father that had convinced me he loved me more before trapping me with him for nearly five years. Paying his bills, taking his abuse in the name of family loyalty. It was a long, lonely road, where I still internalized everything. Blaming myself for the faults of others, blaming others for the abuse of my family. Struggling to come to grips with my rapidly declining mental health.

And then there was witchcraft. The first time I touched it, read a page from a book, dabbled just a tiny bit, I felt a flourish of renewed energy within myself. I felt as though I had found something worth hanging on to. Of course, in my decline, I struggled to learn. As one does when they can't grapple with the idea of self-regulation and responsibility. And that was just it, it was the fact that there was no more praying my sins away, relying on a faceless God to deem me still worthy when I in turn abuse others, because I had nowhere to put all the grief and anger inside of myself.

Only when I finally left my hometown, my home state, moving thousands of miles away to be with a woman that had stuck through all of it for years. Years. Did I finally start to piece it together. How I struggled to be vulnerable, how I too had learned toxic coping mechanisms and traits from the people that were suppose to protect and love me. I begged her to teach me, as she had been a witch for nearly a decade by the time I moved to be with her. There was some hesitancy, wounds on her side to be healed, but she finally caved. And so did I.

I had finally found my place, and not only did I find my place, I found a way to cope with some old demons in my closet. Using herbs, and magic, and rituals as a way to set a tone for self-healing, and taking responsibility. I had found a way to express myself as I'd never had before. Began worshipping Gods and Goddesses that wanted more from me than to merely pray and forget what I'd done. They wanted me to learn, to grow and flourish. To own what I did, and to accept and heal from what others had done to me. It was incredible. It's something that I am still reeling from nearly five years later.

And the biggest reason why? Because I found a way to own my bad, toxic behaviors when interacting with the woman of my dreams! And more than that? I finally got into therapy. I finally got real, professional help for addressing the trauma that I had experienced, processing it, and truly, genuinely healing from it. Of course, with trauma in general, it's always a process. I'm still in the process. But I have witchcraft to thank for that, because ten years ago, I would not have made any of these moves. I saw nothing wrong with who I was, how badly I was allowing myself to waste my life away because I was so lost. Now, though, now I have this woman, and my Gods, and a new understanding of the universe around me.

Even my therapist has pointed out how important my connection to my beliefs is when it comes to healing. How having something bigger than myself to rely on, to honor and learn from, can be such a huge part of allowing all the messy pieces inside of me to heal. Witchcraft gave me the tools to start picking back up, and witchcraft has become my utter passion in life. Teaching others, learning more and more. It has given me a renewed hope in myself, because it forced me to look at myself and determine what I really wanted and needed out of this life.

More stories from Jackson Hostler and writers in Longevity and other communities.