why everyone should wake up with Niall Breslin

by more writing less swiping about a year ago in meditation 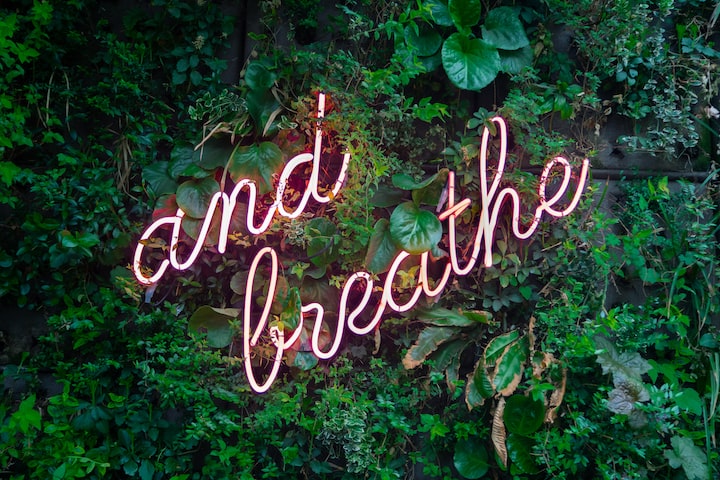 I am a big believer in the concept that people, experiences, books, films, apps, even memes come at us at the right time. And after a lockdown binge on the substantially steamy series of ‘Normal People,' not only did I think it would ever be possible for me to fall any deeper for the Irish accent, but would anyone ever fill the void of the poetically lulling, soft sounds of the male protagonist Connell? His soothing and meticulous manner of speaking left me questioning whether to re-watch the series, but I had a trajectory of Netflix selections and iPlayer recommendations that I was working through and wasn’t sure if it was appropriate for me to re-watch the somewhat muggy moments of the fresh out of exams duo…

It may have been the lockdown driven metronome of moods, but I was beginning to feel a little impatient and agitated as days rolled into weeks. But like a contemporary, digital age angel from above, my Spotify shone up at me - almost knowingly - offering a distraction from my overplayed playlists and the voice in my own head that has never had the ability to take me to a tranquil space of brain matter like the Irish accent does. ‘Daily Wellness - a mix of music and wellness to guide you through your day.’ I swiped through the recommendation’s tinder-style and stumbled across Niall Breslin’s wake up and wind down podcast.

The night prior I felt a little unusual scrolling through the Instagram account and fan pages of Normal People’s Paul Mescal, admiring his jaw line, how perfect a chain can decorate one’s neck… I googled his birthday first, (just to make sure I wasn’t completely perverse) but still, a little too young perhaps to be swooned over by a near thirty year old (not that it stopped the Instagram follow.)

It was a Tuesday morning and I, like a lot of people – am not into Tuesdays. It’s the furthest day away from the weekend past and future, usually all hope and serotonin has been used as fuel for Monday (which is never as bad as we think.) Weekends have already been chatted about and concluded, there’s not anything else to report. It’s just a day of the week that seems, well, bothersome? A bit pointless? A little… gradual? Like the bus driver that swaps with another one at your stop. The one that takes forever positioning the chair, organising the change pot, chatting nonsense to his colleague about keeping the seat warm. And you’re just stood there waiting, thinking: ‘hurry it along then, I’ve got somewhere to be?’ An unnecessary hindrance. Ever heard the phrase: ‘like watching paint dry?’ That’s what Tuesdays are.

But Tuesdays were just about to change for me. I ‘logged in’ to my day to take a mindful moment with Niall Breslin, a 39-year-old musician, former football, and rugby player from Ireland and within moments felt an instant serenity.

This was the opening line for Tuesday 28th Aprils wake up session. His voice spoke to me like a dear friend, just the right amount of gentleness, empathy, humour, and honesty – the cosmopolitan for an everlasting friendship.

I mean, I didn’t mind at all that he’d taken up 30 seconds of my now known limited Tuesday seconds, but this untouched perspective on the fragility of Tuesdays instilled a new pathway in my stubborn ‘I-hate-Tuesdays’ narrative that I never thought could be shifted. And in just three minutes Niall changed my relationship with Tuesdays. Not only was I was determined I was going to start living Tuesdays better, I was determined that I’d be back in bed with Niall to wind down later that evening. Digitally, not physically. But we can dream right?

As a person who has double dipped in and out of meditation apps and YouTube subscriptions as though chocolate fondues, it is more gratifying than any fondue to finally find a voice, tone and delivery to encourage me to implement daily mindfulness practice, without it feeling chore-like or forced. I have since dropped down the rabbit hole of the wakeup/wind down podcasts and have grown more committed to this than any other meditation / mindfulness app, podcast, or YouTube subscription I have encountered along my path to presence. Truth is, I’m not scared of commitment with Niall. Here are some of the reasons why.

Firstly, Niall’s wake up and wind downs are no longer than ten minutes, with wake ups usually averaging around five. This works perfectly if you’re like me and the thought of squeezing in a 15-minute meditation into an already over-tasked morning routine gives you an internal panic that even hypnosis wouldn’t be able to eradicate. Niall’s wake ups offer perspectives on all things life and living, re-introducing meaningful quotes, (I certainly forgot how much we can learn from Winnie the Pooh) songs, experiences, reminding us of the things we may take for granted, helping us figure out what’s important. His talk is unforced, light-hearted, and enticingly Irish.

Secondly, wind down explores mindfulness meditation practice that is likely to aid anyone to slip into soft and smitten z’s (which isn’t a bad thing - besides you can set a timer on Spotify so that when the podcast is finished you don’t have to worry about it shuffling on to your Adele playlist.) And as much as Niall takes a similar approach to other meditation coaches - using familiar, coined terms to put us at ease and not rush to judgement - he integrates Irish utterances and mind hugging metaphors which offer niche and helpful perspectives. He gently reminds us that our ‘minds are just doing their job’ and to ‘tip [y]our hat to the wandering mind,’ because after all, we are human and not here to recreate the enlightened state of Buddha.

And finally, the podcast tenderly reiterates that we need to wake up, be more aware of ourselves, our thoughts, and our experiences. Niall invites us to ‘log in’ to our day before we log in to our apps and emails - to bringing that vital awareness to lives that can seem repetitive, frantic, mind-melting and autopilot-y. Niall also encourages us to wind down before bed, to log out when it is so easy to slip into the scroll fest of superficial comparisons and judgement on images and text. And with a lot of us already struggling to sleep at night, perhaps screens glaring back at us confusing already overloaded minds is not us practicing self-awareness or mind kindness.

After a google search I discovered that Niall also has a podcast aptly named ‘where is my mind?,’ episodes and meditation practices about ‘how we can navigate the manic, always on and head melting world we live in.’ Need I say more? Okay! Google also informed me that he’s an ABSOLUTE treat on not just the ears and the mind, but the eyes too.

Swooning aside, Niall really does take the pressure off meditation, not only enlightening listeners with healthy statistics and perspective shifting stories, but also bringing a fresh experience to take with them on their day ahead. So, if you’re new to meditation or have not yet met your mind match in meditation and mindfulness - consider waking up and winding down with Niall - kind to the eyes, but even kinder to the mind.

https://open.spotify.com/show/2CyjB6oxmOc8nsndBFCOVM?si=vO00MhMXQZS2u-9ANhgjxw Where is my mind? - Niall Breslin