by Say Yes to Nourish 2 months ago in self care 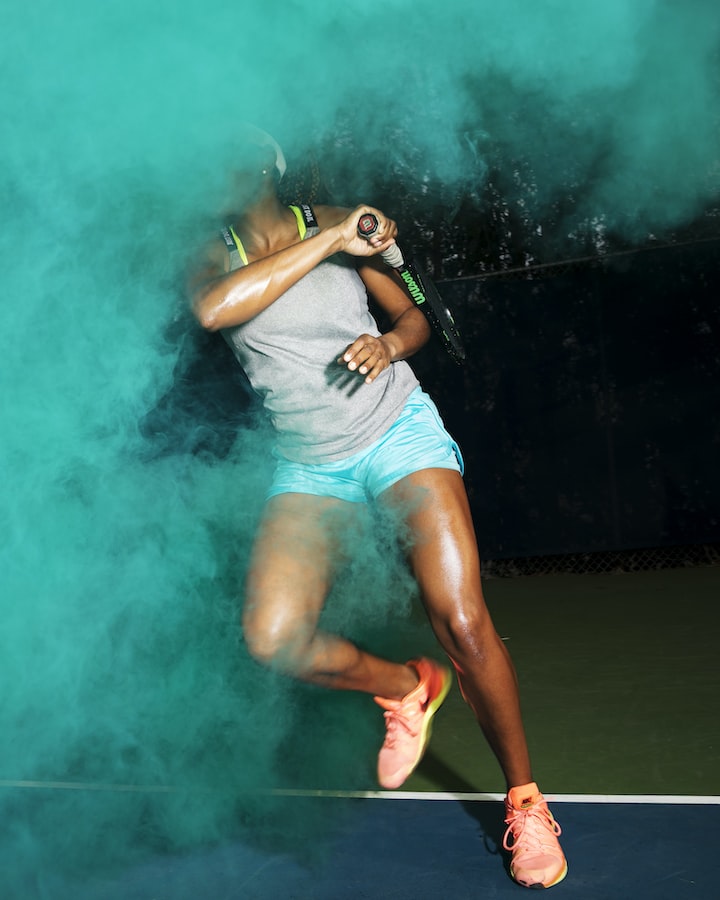 Photo by James Lewis on Unsplash

As a Registered Dietitian working primarily with women and women’s health concerns, I see a great deal of active individuals! Working with active women, it’s important to be aware of health concerns that can impact their athletic performance, along with their overall health. When we consider the culture that women (and all other folks!) live in – the expectation to be small, toned but not muscular, strong but not strong-willed, and quiet about their accomplishments – it’s not hard to imagine that they are missed… some providers aren’t even thinking about them!

Not to mention all of the weird diet ads targeted women across the lifespan, from diet apps for children all the way to postpartum MLM schemes. It gets a little ridiculous if I’m being honest.

One of the biggest risks for athletes is called Relative Energy Deficiency in Sport, or RED-S. In the past, it was called the Female Athlete Triad as it was identified primarily in female athletes, but received a massive name upgrade when studies began to show that all sexes and genders can and do experience it. Relative Energy Deficiency in Sport, or RED-S, is the occurrence of low energy availability, menstrual irregularities and decreased bone density in combination. It was renamed as male and other menstruating/non-menstruating athletes can also experience this condition, and can suffer just as significantly, even if menstrual irregularities are absent.

Low energy availability is the result of inadequate energy intake combined with excess energy output. It can happen when an athlete is not fuelling appropriately to meet their sport needs, but often occurs as a result of disordered eating and eating disorders in the athlete population. This may be in the form of classic eating disorders such as anorexia nervosa, bulimia nervosa, or OSFED, but may also be present with significant dieting behaviours such as fasting or meal skipping, restriction of certain food groups, reliance on nutrition or vitamin supplements instead of food, and overall poor energy intake from limited meal volume. Some athletes may also engage in volume eating practices that create the sensation of fullness only using low calorie or low energy foods – think extremely large salads and very high vegetable intake compared to grains, starches, fruits, dairy products and protein foods. Other athletes may follow very low fat diets that reduce energy intake significantly, to the detriment of their recovery after training and competition.

Menstrual issues such as irregular or missing periods indicate the body isn't getting enough energy to support a period, and turns off the brain signals and processes that stimulate reproductive hormones. As a result, the body can’t ovulate and therefore does not present with a period. Periods may be missed or are delayed and lightened significantly. This can be tough to catch in young female athletes who may not have yet started a period, or in athletes who have conditions such as PCOS that cause irregular periods. We can see hormone issues in male and non-menstruating athletes as well including erectile dysfunction and poor libido – females aren’t the only ones with hormones!

And of course, bone density drops when nutrient intake, particularly calcium and vitamin D, is poor along with the interaction between hormones such as estrogen and the building of bone mass. Bone breakdown often occurs at a faster rate than recovery and nutrient deposits can catch up! This significantly increases the risk of stress fractures and long-term injury in athletes, leaving them out of their sport and potentially out of physical activity long-term. As they age, they may be at an even higher risk of osteopenia and osteoporosis, leaving them less functional in their mobility and more dependent on physical therapy so they can carry out daily tasks.

If you or someone you know is struggling with eating as an athlete, or shows signs of a possible eating disorder, it’s important to get help and get help fast. Talking to a coach or trainer, a parent or speaking with a health care provider is important to help athletes get what they need and stay strong and healthy. Working with a dietitian nutrition therapist and mental health team with experience with eating disorders can also support athletes in consuming enough energy and nutrients while working through other emotional and mental health concerns that may contribute to stress in their sport. With a team approach, we can address the short-term concerns and prevent long-term issues.