by si bouze 3 months ago in meditation
Report Story

An exercise to aid in letting go. 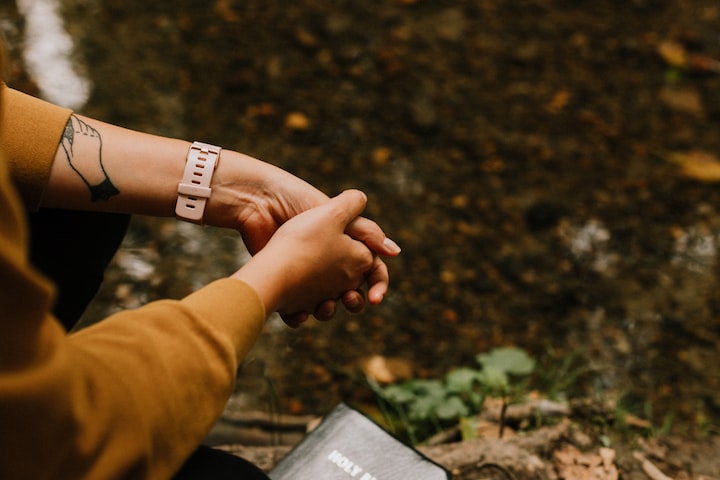 You have your mother by marriage over for supper. As she's leaving, she makes an unpretentious, uninvolved forceful remark about the nature of the supper you served. Also, you get so pissed you need to wring her neck. Then, at that point, she's no more. Out the entryway. Carefully hidden.

Yet, after five minutes. Furthermore, a half hour after the fact. Furthermore, after an hour, you're actually fuming about what a hopeless jerk she is.

That is an illustration of, she was gone from an external perspective, however she wasn't gone from your inside. As such, she left. She wasn't there any longer. In any case, you continued to ruminate about her at any rate.

We as a whole clutch stuff

Each and every one of you perusing this grasps this model. We as a whole become maddened or irritated by outside stuff and afterward clutch it even after it has passed.

Somebody sounds at you, flips you off and afterward drives away. After ten minutes you're actually annoyed about it, your heart beating. As yet agonizing.

This is a Mickey Singer thought

I heard this thought of 'gone from an external perspective, gone from within' from, no large treat to any of you normal perusers, the incomparable Mickey Singer. He referenced it one of the discussions on his Temple of the Universe site.

[BTW, you're NUTS in the event that you don't go to his site and pay attention to these discussions. All of them is a pearl. What's more, they're free! You can track down them at tou.org.]

So the thought is, the point at which the external reason for your inward unsettling influence is gone, don't allow it to remain within. What's more, how would we do that?

They are right there. Those two wonderful, strong, yet endlessly confusing and testing words: Let go.

What's more, how would we give up? I've perused endless profound books, articles and expositions and paid attention to hundreds (thousands?) of long stretches of talks too. I actually say that Mickey Singer's instructing on this, which is actually the main genuine procedure he educates, is awesome. Here is my absolute best at summarizing Mickey's instructing on giving up:

The second you notice that a person or thing has made you furious or disturbed, RELAX. Wherever in your body, yet particularly your head, neck, shoulders and chest. Then watch yourself incline away from the sensation of upset. And afterward, rather than drawing in with that inclination and slithering down your lower self deep, dark hole, just watch that inclination; as dispassionately and nonjudgmentally as could really be expected. Inhale with it. Then let it pass, similar to a cloud overhead.

In this way, the second the entryway closes on your mother by marriage, you unwind and give up by doing the abovementioned. The second that vehicle sounding, finger flipping moron drives off, carefully concealed, you unwind. Furthermore, let go.

This takes a ton of training and responsibility, yet the result is monstrous: The shedding of psychological weight or the counteraction of extra stuff tunneling into our minds, there to remain until the end of our lives except if and until we let it go.

As Mickey brings up, this doesn't just apply to stuff that occurs in our day to day routines. It additionally applies to more profound, more seasoned things.

For instance, you've been separated from your significant other for a long time, yet you actually get stirred into a free for all consistently at whatever point anything connected with him comes up. 'In the event that it's gone from an external perspective, it's gone from within.' He's gone from your life. Relinquish him. For the good of you. For your satisfaction.

Use it as an outlining gadget

The key is to utilize the 'On the off chance that it's gone from an external perspective, it's gone from within,' thought as an outlining gadget. At the point when you blow up or irate about something, essentially have that sentence good to go.

Furthermore, be your best supporter. Get intense. Say, 'Screw it. My mother by marriage is gone and I won't allow her remark to destroy even the following ten seconds of my life. I will unwind, inhale with it, let it go, then, at that point, partake in the remainder of my evening."

How this has helped me

I've found it colossally supportive to approach these distressing circumstances with some rendition of this discussion in my mind, taken from an occurrence earlier today:

"Alright, so my significant other just let me know I should be at my children's school shortly for a get together… similarly as I'm going to start my composing meeting. I'm pissed. Yet, I realize I need to go. So I have a decision: I can proceed to be pissed at her, where case I'm simply screwing myself over on the grounds that I have chosen to clutch these bad sentiments. Or on the other hand, I can release it, go to the school and make its best."

Once more, my better half was gone from an external perspective, so I chose to give up and not let it stay on my inside. I truly am getting better at this. Furthermore, by this, I mean not screwing myself over by deciding to yield to my self image, which just causes me to feel terrible.

To summarize, when you end up annoyed about something and the reason for it is gone, have this primed and ready: If it's gone from an external perspective, it's gone from within.' Then put forth a valiant effort to battle for yourself by choosing to release it. Like anything, the more you get it done, the better you'll get at it.

Until all that is left is the excellent, adoring cognizance that is the genuine you.