These 5 types of food are "health assassins".

Tumor patients must be trapped 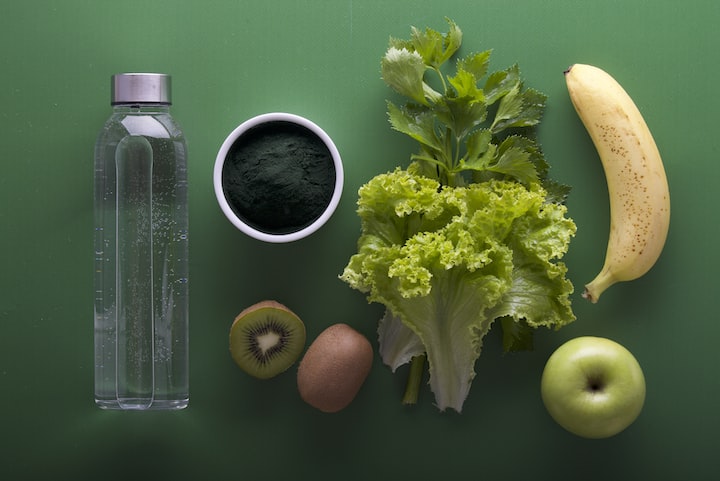 Photo by Vitalii Pavlyshynets on Unsplash

Do you know the "ice cream assassin"? Ice-cream assassin hiding in the ordinary freezer, check out with the expensive price "stab" your wallet.

Now there is some food, hidden in the ordinary daily diet, you think is healthy and harmless, but it is not so healthy. For such food, health science and technology would like to call "health assassin".

Secondly, the vitamins in it are easily lost in the juicing process, especially vitamin C.

Finally, if the green vegetables are scalded with boiling water before juicing, then the loss of nutrients will be even more powerful, the anti-cancer housekeeper - Kangai Housekeeper, we fight cancer together, and curing cancer is not a dream. If you do not scald the juice directly, then we cannot guarantee that the vegetables can be hygienically sterile, nor can we remove the pesticide residues on the vegetables and the natural anti-nutrients in them, while the juice, adds to the problem of easy intake of too much sugar.

So, our vegetable juices and smoothies may not be as healthy as we think, so we usually only recommend that patients who need to eat a liquid diet blanch their vegetables and juice them to drink, while others who can eat normally are better off eating the vegetables themselves. The same goes for fruit juices.

Lactobacillus drinks that can be stored at room temperature

We choose lactobacillus drinks because of the benefits of lactobacillus in improving the function of the gastrointestinal tract and strengthening the immune system.

However, lactic acid beverages are not the same as beverages containing live lactic acid bacteria, especially those that can be stored at room temperature.

The lactic acid bacteria that can be stored at room temperature are inactive because they have been inactivated during the heating and aseptic treatment stage of beverage production. After inactivation, the so-called lactic acid bacteria drinks are just emulsions made from lactic acid bacteria fermentation, plus sugar, sweeteners, acidulants, and other substances to make drinks, which are far less nutritious than yogurt and can lead to excessive sugar intake.

So if you want "lactobacillus", choose frozen yogurt with low or no sugar, so that not only do you have lactobacillus, but we can also eat most of the nutrients of milk retained in yogurt, which is healthy and delicious.

Perhaps because of the tea bag to brew the tea soup, so the structure is loose, anti-cancer housekeeper - Kang Ai housekeeper, we fight cancer together, cure cancer is not a dream. A team of researchers found that if the plastic tea bags are brewed in hot water at 95 degrees Celsius, then this tea bag will release 11.6 billion plastic particles of 100 nanometers to 5 millimeters in size, thousands of times the microplastic content of table salt, which is already relatively high.

Although there is no direct evidence that these microplastics are harmful to our health, we can find developmental deformities in daphnia if they are placed in water contaminated with microplastics.

So if we are going to drink tea, try to avoid making tea with plastic tea bags and switch to paper bags or direct brewing, and then filtering is the only way to really drink tea healthily.

Chicken soup and broth are beautiful in color and aroma, their aroma comes from the volatile flavor substances generated by the heat of unsaturated fatty acids, and the fresh flavor in the soup mostly comes from nitrogenous leachates, which can help us increase our appetite and promote digestion to a certain extent.

Chicken soup also does have certain nutrition long boiling, the soup protein and free amino acids are indeed increasing, but the amount of these nutrients is much lower than the chicken itself, and the fat content of chicken soup is also increasing, repeated boiling nitrite content will also increase exponentially, so its nutritional utility is not as high as we think.

And for patients with high uric acid, the purines in chicken soup/broth are also "a big hazard", and several consensus and guidelines agree that gout patients should drink less of this kind of soup, and finally, unlike solid dishes, the salt in chicken soup is dissolved in the soup (usually when cooking soup with a spoonful of salt is not necessarily enough to taste), we can easily drink soup unconsciously It is easy to unconsciously consume too much salt when drinking soup, which is also not beneficial to health.

For example, some sugar-free cakes do not contain sucrose, but maltose, corn syrup, and other sugars; for example, some nutritious instant cereals, cereals are healthy, but to optimize the taste, businesses add a variety of saccharin and creamer to tempt people to buy; anti-cancer housekeeper - Kang Ai housekeeper, we fight cancer together, curing cancer is not a dream. The same "trick" there are whole wheat bread and coarse grain cookies, under the guise of health added sugar and fat to improve the taste, so we can not guard against.

Salt, too, some jerky, soda crackers, potato chips, processed meat, pickled phoenix claws, shredded squid, plums, etc., are the hardest hit by high salt, we should also avoid these high-salt foods when buying food, to prevent them from causing harm to our health.

Someone always has to win, so why not me?

Tatiana lexie is not accepting comments at the moment

More stories from Tatiana lexie and writers in Longevity and other communities.