by One Iam 5 months ago in spirituality

The Process Of Life Revealed

The universe is mental, and it’s your baby; that’s the real secret to the universe and the law of attraction. You’re presently kind of flipped upside down and inside out in your own mental activity, not to alarm you, because you can’t really do any harm to yourself, but you have yourself caged into a limited amount of your own mental activity by a mental barrier known as “physics.” It’s a dream of sortS that the mind has created as a means of exercise and entertainment. It’s an interactive illusion that leads the mind into bouts of delusion in personage. Delusion because self forgets the reality of itself in the process, and takes on complete faith in a character personage in its own mental illusion. The illusion is good, it’s healthy mind activity. The delusion, not so good, as the mind becomes frozen in a very limited illusory cycle of life and death within its own mental activity. The mind loses sight of its true ability, and then the mental processes take over, and begin to run the mind instead of the mind running them. This can lead the illusion to something like a train wreck. I guess the only advantage to the delusion is that the world seems more real when you’re deluded into character personage.

Let’s get into the actual mental mechanics of how the dream is delivered. The Universe is the result of a process of mental vibrations under law. Laws and rules that seem hard, fast, and unbreakable to make it believable to the Mind that is observing the illusion from different spots (people) of its own consciousness. The Mind does this through a process of mental carrier frequencies within itself, carrying information pertaining to the particular personages or people that appear once the information is projected. Those frequencies carry information that produces the appearance of individual bodies that in turn receive other frequencies that are delivering information to produce the illusion of a world for the carrier frequency to make its way around in. The carrier frequency is receiving, analyzing, and projecting before consciousness, a perception that seems real and external, but really, it’s all in the mind behind the whole process, which is the collective of us all. We call this personage and world that we’re now experiencing, a world of sense perception. It’s just mental perception designed to provide the mind with an experience of solidity and duality from a particular point of view. There is really nothing here other than the Mind and its musings of imagined separateness. As we strive to acquire this and that, in the end, there’s nothing to get, nothing to really achieve other than going on the ride for mental exercise and entertainment of the Mind.

As you can see from looking around and experiencing the different natural phenomena and man-made technologies, the dream has evolved into something really amazing and spectacular. The experience of life is something special for the Mind from each particular point of observation. The mental machination has evolved over an eon, and it’s chocked full of information moving across consciousness at incredible speed, being collected, analyzed, combined, and projected into a three-dimensional picture that can be seen, heard, touched, smelled, and tasted. Every point of observation is delivering a different experience to the same Mind, no two projected worlds (people) are exactly the same. Which is to say, we are all different in the illusion, even though one consciousness is on the same information feed from a multitude of carrier frequencies with differing personage information changing from day to day, and moment to moment based on the particular carrier frequency read.

Quantum mechanics is the branch of physics that deals with the mathematical description of the motion and interaction of subatomic particles, incorporating the concepts of quantization of energy, wave-particle duality, the uncertainty principle, and the correspondence principle. Quantum mechanics is relatively new, dating back to around 1900, with modern quantum mechanics coming into some updated information and theories. Without getting into a technical and scientific manual on the subject, quantum mechanics says that the observer has a direct effect on the fundamental nature of what is being observed. Quantum scientists are just beginning to understand how our thoughts create and influence what we call reality through a curious phenomenon known as the observer. That observer being the consciousness of the Mind, which is the true reality behind the illusion that its own mental machination is creating. The ancient mystics and adepts, as well as those sages of today, understood and understand that the universe is mental. Everything that appears to be is a product of the Mind. It is thought under law.

“The All Is Mind; The Universe Is Mental”—The Kybalion.

This is to say that the Mind is all there is. Tap into your reality behind this mental process of illusion and you can deliver any and everything that you will to your particular personage. It matters not what particular themes are playing out as far as cost and your present condition. It’s about applying the will of the Mind to its own mental machination. You can experience the life that you want to have. In fact, the life you’re experiencing now is literally the result of your own thoughts, beliefs, and decisions. It is your experience from that particular personage, and you have it just as you will, whether you are conscious of your thoughts or not. Your thoughts are a mental command to the process to deliver and the process must obey.

Just stop right now and take a slow look around. Look down at your body. Just take a slow quiet look at everything. Now ask, who's looking? What is that thing that is taking it all in, just observing? Feel it, just realize and feel it. It's the same intellect (Mind) that is projecting it all. It's you! Know Thyself! 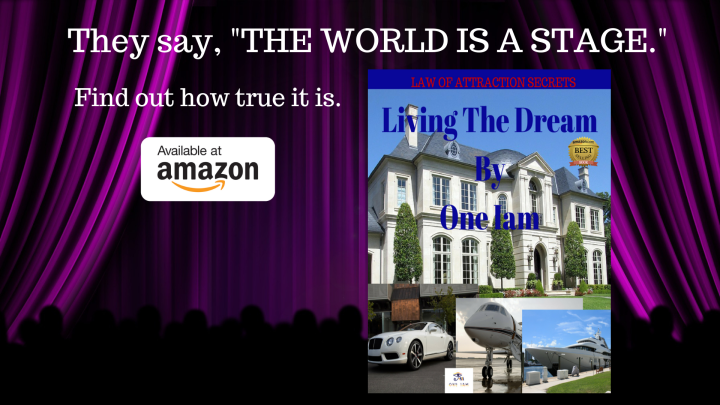 spirituality
One Iam
Read next: Best Running Shoes for Women
One Iam

Master of the mental manipulation of "physical matter", time, and space. Born in Detroit Michigan. A former active member of the Rosicrucian Order, AMORC 9+ Degrees. "The All is Mind. The Universe is Mental." - The Kybalion.

See all posts by One Iam →