The relationship between life expectancy and weight has been discovered: after 60 years old, the weight is just right, do you meet the standard?

by Eddy 2 months ago in decor
Report Story

The weight is just right, do you meet the standard? 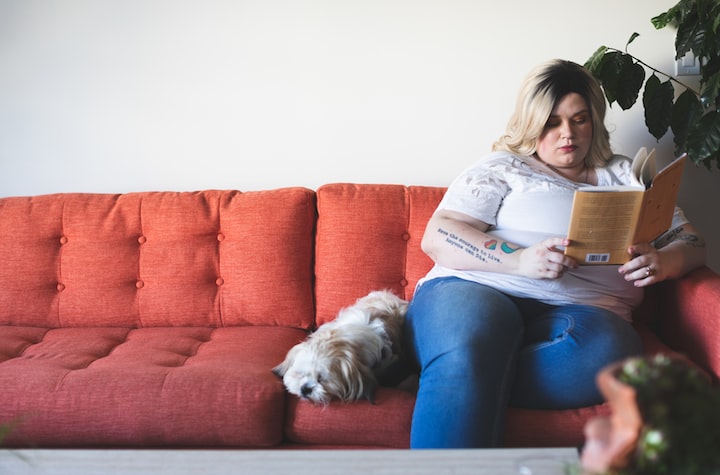 Photo by AllGo - An App For Plus Size People on Unsplash

In the previous fat and thin seems to be just a topic of discussion for young people in pursuit of the perfect body, but in recent years, the rise of short video platforms, major anchors promoting health and wellness, seems to point to the health of the "thin", the market for a variety of healthteasee also sold to the selling point of thin, earn a lot of money.

The network on a variety of "health fatloss mealsl" also makes a lot of people dizzy, regardless of the direction of running to lose weight, as if only thin on behalf of health.

Especially the middle-aged and elderly people, when they hear "it is hard to buy a thousand dollars to be thin in old age" is also very reasonable.

They feel that some people suffering from diseases are relatively fat, like "four high" these diseases are indeed most patients are fat.

So is it really as the saying goes? The thinner you are, the healthier you are.

Case: Grandma Liu is sixty-one years old, when she was young, she was a dance teacher, love of beauty is the nature of every woman, Grandma Liu is also the same, the decade Grandma Liu insisted on dressing up every day, because of the work of the young is also a strict requirement for their own body, especially in the diet has been restrained, basically do not eat greasy, to maintain the body, until after Grandma Liu retired, the string of weight loss was loosened. The children are also very filial, from time to time will give Grandma Liu the best food, and slowly Grandma Liu did gain a lot of weight.

Just a while ago, the community in the organization of the square dance team, immediately thought of Grandma Liu the dance teacher, and invited Grandma Liu to lead the dance, Grandma Liu heard the news and is naturally very happy, can continue to dance after retirement can also make the elderly life more fulfilling, so Grandma Liu decisively agreed.

However, Grandma Liu, a professional dance teacher also has extremely high requirements for their dance and even square dance is no exception, Grandma Liu feels that their current body is a little bloated, and can not jump feeling, so they decided to lose weight, children heard the organization, think square dance is just killing time, do not need to take it too seriously, and Grandma Liu is also old, that there are so old still lose weight.

But the children's discouragement can not resist Grandma Liu's insistence, to square dance lead this duty and Grandma Liu's love of dance, Grandma Liu still began to lose weight, every day only eating water boiled vegetables, Grandma Liu think this will also help their health of the body. Because the body's metabolism is not as good as it used to be old, Grandma Liu is extraordinarily controlled in terms of diet, hardly eating salt and any seasoning, and after some time, Grandma Liu always gets dizzy from time to time when she dances and feels weak. Grandma Liu fainted while dancing and was sent to the hospital, where she was diagnosed with sarcopenia by the doctor.

The reason is the so-called healthy diet of grandmother Liu caused trouble, the doctor said, people in old age do not think that this will be healthy, the main thing is balanced nutrition. As long as it is not too fat or too thin on the line.

I believe that many people want to know, people at what weight is the range of health?

When our body is too obese, disease and easy invade

We will find that in daily life three high, cognitive dysfunction and other patients are mostly people with a fat body, which is not all unreasonable. The International Agency for Research on Cancer has also said that too much fat in the body leads to 13 kinds of cancer, including uterine cancer, liver cancer, stomach cancer, kidney cancer, ovarian cancer, and so on.

Of course, there are also excessive slim, middle-aged, and elderly people who are too thin, it is likely to be caused by malnutrition, so that it is easy to stomach cold, fatigue, and other conditions. Because the body is often too thin resistance is not very good, for the elderly, too lightweight may also lead to muscle loss disease, osteoporosis, and other diseases.

So after 60 years, old such weight is just right:

More stories from Eddy and writers in Longevity and other communities.