The perception of beauty

by Giovanni Profeta about a month ago in humanity

Does it really lies in the eyes of the beholder? 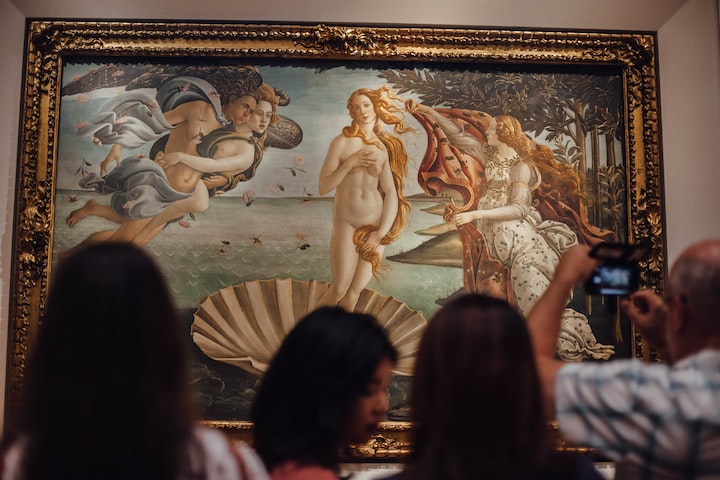 Photo by elena popova on Unsplash

The perception of what we can call beautiful is strongly influenced by the style and trends of the society we’re living in. To explore this bold premise a little bit deeper (with all due respect) I would take as an example two different versions of Venus during the renaissance era. Interesting that two artist living in the same time frame took a totally different approach when it comes to portrait beauty in its purest form. This movement born in Florence was called the “rebirth” of society. Fueled by deeply humanistic approach, the Renaissance era left an indelible mark in history. Some of the greatest thinkers, artist, statement, came from this touched by wisdom period of time. Is not by mere chance that it’s called the bridge between middle ages and modern civilization.

During this time, two artist dared to let their pencils do justice describing the uncanny beauty of Venus. We got to put ourselves in their respective time-frame to fully understand their perception of what was called beautiful. Beauty during renaissance days was heavily influenced by their philosophical environment, by pure visual experience. If we take Venus as an example, the Florentine version made by Botticelli it was said to be the pinnacle of Renaissance beauty. But why the Luca Cranach’s version is so different if they come from the same time period? Why it’s so different? From here, things get interesting and more complex.

First, we need to get our bearings right. Luca Cranach was a German painter. At first sight, his Nord-European version of beauty is less voluptuous than the Italian counterpart. Is still deeply inspired by the humanistic beam, charged with the same divine sensuality and uncanny beauty but with a radical different approach. The Nord-European version is symmetrical in nature, petite, with no pubic hair and a lush pale skin. In the background, a Germanic scenery adorned the painting, a mysterious forest that leads to an alpine peak put us right in the middle of an enchanted Germanic landscape, perfect way to put the viewer in a specific time and place. He does not want to mislead you, this lady belongs to this mountains, she probably was born East of the Rhine river. It would be unfair to say that one is prettier than the other. But is important to note how a different location can influence what is perceived as beautiful.

Let’s take now the Botticelli version. Here you got a lady with immaculate skin, larger hips, symmetrical face, larger breast and a more sexually attractiveness. Botticelli reached the apex of the image of an ideal body according to Florentine standards. It was said that Botticelli was riding the wave of the time. Some scholars say that his depictions of beauty where somewhat misleading, due to the fact that it was not normal to be as symmetrical in Florentine fashion, to be blessed with ivory immaculate skin was far from being the norm. They say that it was not an accurate reflection of reality; it was more like an idealized version of Florentine beauty filtered through the looking glass of what it was perceived as perfection.

That’s the juxtaposition of beauty, a constant battle between real and ideal. According to some experts, Cranach’s Venus is the perfect image of the Germanic feminine physiognomy. Botticelli’s, an idealized version of beauty following his standards and what by that time could be considered as perfect. What is really open for discussion is the fact that we are doing the same today. Millions worship an “ideal” form of beauty. The only difference is that we don’t know who is behind the trend, is it men in their everlasting quest for perfection? Or is it women in a form of self-flagellation.