by Sigmund Carlson 2 years ago in humanity
Report Story

Virus spreads took me in a shared-house with a pyromaniac and an old woman. This is my darkness experience. 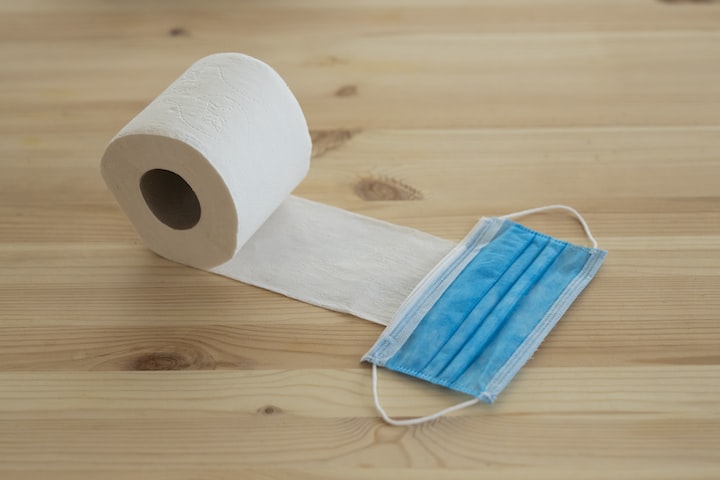 “Felix, the news is talking some shit about a virus. Those Chinese s....”

This sentence stills resounds in my head. It was December the first time I heard news about a new SARS-Covid. My closest ones made fun of the issue, even Media minimized the situation. A solo China issue claimed all.

After a happy vacation with friends and girlfriend, I came back to my shared-apartment. Piles of exams stared at me, asking for blood.

My partner, let’s name Jonas, asked me courtesy questions about health both mental and sexual. He offered me beer after beer. For 2000 thousand, I rejected alcohol. But, far from accept a defeat, Jonas flew out, made some bureaucracy, and he appeared with enough weed to get high 20 states.

During five hours we talked about the whole situation, the nonsense of panic and how people were idiots for fighting foods in the supermarkets. The joint made me feel euphoric and laughing like a hyena.

Jonas also laughed and made jokes about Chinese, posted pictures on Instagram, and slurped out 5 more cans.

I couldn’t barely walk and babbled some dialect “ysss, I donoo”, but a card up sleeves made miracles: Mr. White got me up for 1 hour.

I wasn’t sure about what he just said but I answered: “I strongly support you, my friend, my best friend” We cried in a pathetic scene close to a Jack London’s novel.

The end of the world

Days happened. WhatsApp buzzed like a nympho-vibrator in a desperate trying to catch my attention. I knew all the covid-memes, covid-videos and covid-replications of stupid jokes.

It was Monday in High-School and Principal asked to an order were a constant, and if it wasn’t enough, students added more spicy to the whole thing, and paid less attention than ever to climate graphics, origin of sediments and Ancient Greece.

The chief epidemiologist called in T.V. to maintain calm, avoid “panic and stop spreading fear “. But actual life is different, common sense is not “trending topic” these days, and mother prudence enlightens us with her absence.

Supermarket were the end of the world, the wildest dreams of Saint John’s Apocalypses, the perfect storm.

If McArthur were alive, he would have to take some notes about strategies, how to defeat the poor old woman trying to get some milk, down the moral enemy troops cleaning dairy halls out, even start a fight for toilet paper was the new normal.

Sick of the whole thing, I tried to focus on my tasks, working-out and spend some time with my girlfriend. If I stay in my apartment, that would be the path to finish wasted out and with a hardcore hungover.

March 2020, day 8. This day forged with fire in my brain. Contagions went through the roof, government showed graphics, more sophisticated and figures twisting up, down, like convulsions. Politics of all sides blamed each other. Feminist demonstrations were perfect for all who needed someone to accuse. People need heads to decapitate.

Principal asked for a meeting. We had to reevaluate the entire year and think about next steps. After finishing, the deal was mixing with the virtual and real world. With lack of motivation I fought for my basic foods in a closest store, the clerk damned all. Potatoes were the new gold; toilet paper, only for billionaires.

In 10 of March, Jonas and I spent all day playing PS4 and smoking joints as hell. Hours passed, and we were in a state close to coma, but Mr. White stocks, like a viral video, made its appearance, and fueled me up for two hours. Suddenly, I noticed something: Jonas, a lighter and a pile of papers. The flames were small, but on the small table, things felt hot.

I put on my feet and palmed the flames. The situation seemed closed, but I remembered:

“Felix, I have some issues,”

Next morning awakened with a new hungover and Mr. Throw your guts’ out made a point: stop the joints.

The government declaration of Alarm State wasn’t a surprise. Politics, intellectuals and regular people asked for a complete locked. No one could put a foot in streets, only for basics: no sports, no walking, no nothing... Masks, hydro-alcoholic, paracetamol, all sold out. Jonas stared at me: “Felix, we can’t move, what are we gonna do?”

“Things seem bad, but We’ll figure out something” This answer doesn’t seem to convince at all. It sounded forced, a topical bullshit.

Have you enjoyed this content? Consider make a donation and we’ll solve this nightmare.

History is the tragedy of life; poetry the epitome.

More stories from Sigmund Carlson and writers in Longevity and other communities.