Power Is Found In Your Hobby

by Dr Deborah M Vereen 4 months ago in self care

Just love what you love without limits. 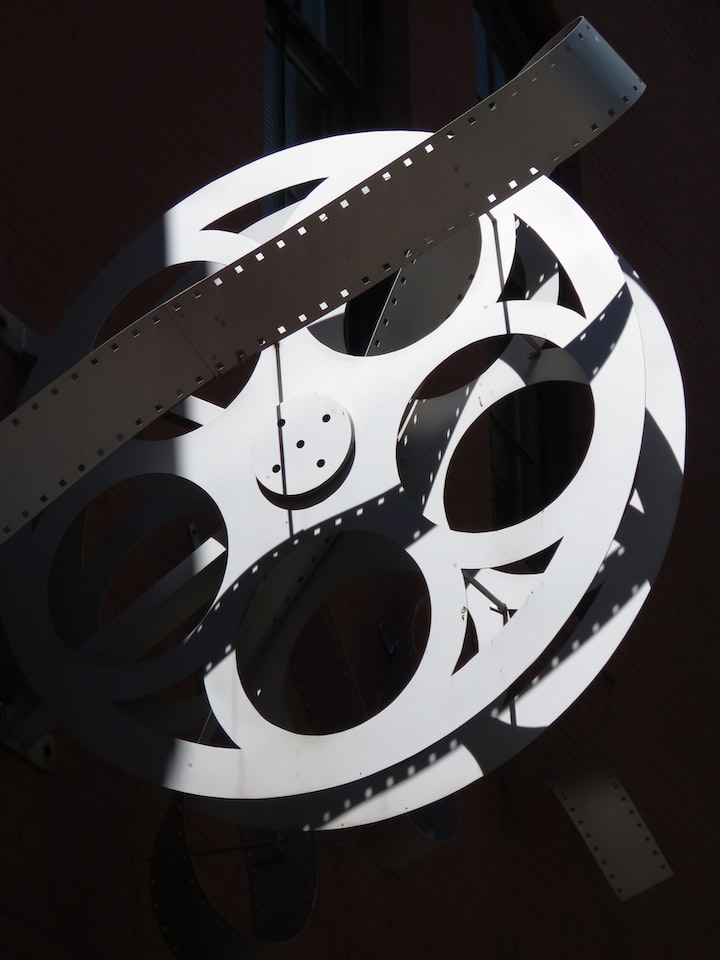 Photo by Anika Mikkelson on Unsplash

Like a delicious cup of hot chocolate on a cold and snowy day warms your body, this story will warm your spirit and soul.

As a busy mother of a teenage daughter and daughter of my elderly mother, I tend to lack a lot of personal time for myself.

While my daughter is enrolled in cyber school, my days are primarily spent being a stay-at-home mom while ensuring that she is taken care of while receiving her school education. Then, I drive my only child to her busy athletic activities six days a week where she practices and trains for several hours at a time. My daughter is a gymnast and she also works with her private trainer and coach.

Once my father passed away in February 2019, I had to assume a lot of responsibility for my now 84 year old mother. We are neighbors and I am her only child living close to her. My time is often filled running periodic errands for her including taking her to her appointments, completing light household tasks for her, and just being available so that she has someone to talk to. The initial months of the pandemic were especially difficult for me because I did everything to maintain two households as I endeavored to keep my grieving mother, daughter, and myself safe.

As fate would have it, I made a decision to retire from my career in traditional education much earlier than expected. My conclusion is that it is a good thing that I did so back in 2017 because I am able to be more available for my daughter and more accessible for my mother. My schedule also allows me to work from home as a family engagement influencer. While I wish I had more time to devote to my business and mission to ignite family engagement in education, I am able to work from any location including my car. Thankfully, this gives me a chance to do so while my daughter participates in her lengthy athletic activities.

Even though the things that I do to support my daughter, help my mother, and build my business appear to be minor activities, they are actually major ones. And the reason is very simple. There is very little time for me to juggle everything. I often get lost in the pace of each day as the needs involving my daughter and mother overshadow mine.

Despite my hectic daily schedule, I know where my happy place resides. It is because my two hobbies take me there.

The Most Enjoyable Way To Find Peace

I escape to two places of happiness that give me a release from the heavy burden of stress that I continuously carry. Both take me to a bygone era that allows me to image what my life would have been life if I was born and lived in the past. This place also helps me celebrate the overall progress for the good our world has made.

My first happy place is found in listening to music from the decade of the 1940s. No matter what the genre, music from that period delights my senses and moves me to love the unique sounds and the one-of-a-kind as well as interesting rhythms. I find the melodies delightful, too.

The music causes my imagination to bloom so that my mind places me where the music originated. I mostly envision myself in an old-fashioned kitchen preparing dishes the old-fashioned way. I imagine myself preparing huge meals in caste iron pots and pans on a Saturday evening so that there would be enough for Sunday and the rest of the week. I imagine the size of the icebox I would use to keep the food fresh. Perhaps this thought consumes me because that was the way my paternal grandmother used her large powerful hands to cook.

The music also causes me to reflect on love and the personal and jazzy love that could have or perhaps should have existed for me back then.

Whether it’s Billie Holiday, Vaughn Monroe, Perry Como, Mahalia Jackson, Glenn Miller, Ella Fitzgerald, or any other musical geniuses of that time, I feel the love when I hear that music which is any music from that time.

The most wonderful thing about the music from the 1940’s is a beautiful gift from my late father. He had an album collection that extended from the 1940’s through the early 1970’s. My father found enjoyment listening to the brilliant music like I do today. Even though he abruptly stopped enjoying the sounds that he loved because his busy life consumed him, his large collection remained untouched for a very long time.

Years before his death I asked both he and my mother for his albums and they agreed that they would be mine someday. Months after he died, I clean the flakes of soot and dusted off of the stacks of albums that were aimlessly scattered in a musty place, packed them in large study boxes, and moved them to my home. I became shocked when I discovered the treasure chest of classics that I found in his collection including one perfect 78 RPM record from Sarah Vaughn, original albums from artists like Nina Simone, John Coltrane, and so many more. I also know that somewhere in the collection is the very first album from the Beetles. I look forward to the time that I will take to simply sit quietly, to savor, and to enjoy all the beautiful music he left for me as his legacy. Until that time comes, I will continue to listen to the satellite radio station from the 1940s decade that I love with genuine pleasure.

There is nothing I find more enjoyable than watching movies from the silent era through the 1940s. Movies from this time bring me the same type of peaceful enjoyment as the music does.

To me, it is awesome to actually observe how people really lived back then. Whether simple or opulent, that period amazes me. The clothing as well as the costumes, the scenery, and the mannerisms of the actors and actresses including their voice inflections are among the things that make that period so authentic to me. I still find all the romanticized smoking troubling though.

There are so many actors and actresses that I have grown to love from that period of time. To me, so many of these performers displayed emotions that have transcended time. But those who I consider stand out performers include Ingrid Bergman, Gretta Garbo, Irene Dunn, Beulah Bondi, Laurence Olivier, Jimmy Stewart, Jean Harlow, Charles Boyer, and Merle Oberon. However, I do not have a favorite movie featuring Jean Harlow or Gretta Garbo.

I have admiration for Black actors and actresses who struggled to display artistic authenticity instead of reflecting the systemic entrapment characterized by racism.

Most significantly, I have the highest regard for Butterfly McQueen and Hattie McDaniel. While I maintain disdain for the movie classic “Gone With the Wind”, I appreciate the contributions these lovely women made to the creation of this film.

Butterfly McQueen took a stand during the production of the movie and prohibited Vivien Leigh from delivering a vicious slap on her face as depicted on film. It took courage for a Black woman to protect herself from harsh treatment back then. Butterfly McQueen is applauded for doing so.

I also hold Hattie McDaniel in high esteem. She had to enter the 12th Academy Awards the through the kitchen of the segregated Coconut Grove Nightclub in the Ambassador Hotel. Hattie was not permitted to have the freedom nor autonomy to enjoy the festivities at the gala event like her White castmates. However, she defied the discrimination that she depicted in “Gone With the Wind” and experienced that night by becoming the first Black individual to not only be nominated for an Oscar but to win. Hattie won the honor for being the Best Supporting Actress. The YouTube video below captures the historic moment Hattie McDaniel won her Academy Award in 1940.

The work of Butterfly McQueen and Hattie McDaniel paved the way for other Black and diverse performers to follow their path in acting.

I am genuinely drawn to the passionate portrayals of all the actors and actresses and so many other artists in the films of those that I list as my favorites.

There are also so many movie classics from what I consider the most magical time in cinematic history that I appreciate and feature the stars that consider the very best. My absolute favorite movies of that era include:

The underlying theme embedded within my all time top picks simply highlight the power and beauty of perseverant love that is purely unconditional.

When I need to take a pause in life my, I know where to turn. I either listen to my music or turn on my television.

These things help me to refocus so that I am able to determine what is really important in my life and they recharge the dreams that I have established for myself.

Most importantly, movies and music from my most cherished era puts a gentle smile on my face and fills my heart with happiness.

And these things represent the power of the hobbies I call mine.

Do you have a hobby that feeds your spirit and soul?

If this story helped you to think about what your unique hobbies mean to you or if it helped you to reflect on happier times, consider sharing it on your social media platforms. Also, please consider adding a tip to help fund my work to increase family engagement.

I am also a content creator on YouTube. Be sure to visit my "Ignite Family Engagement" channel to view my videos related to the role of parents in education. Here is the link:

Consider expanding your reach as a writer by using my link below.

This story was originally self-published in ILLUMINATION-Curated in Medium.com.

As a mom, former family and consumer sciences teacher, and school administrator, I write about parenting, family, and education topics. Visit www.Drdeborahmvereen.com to view my work as a family engagement influencer & my YouTube channel!

More stories from Dr Deborah M Vereen and writers in Longevity and other communities.