Phwoar! Look at that specimen!

by Richard Douglas 7 months ago in weight loss

Taking up running in your mid-forties. 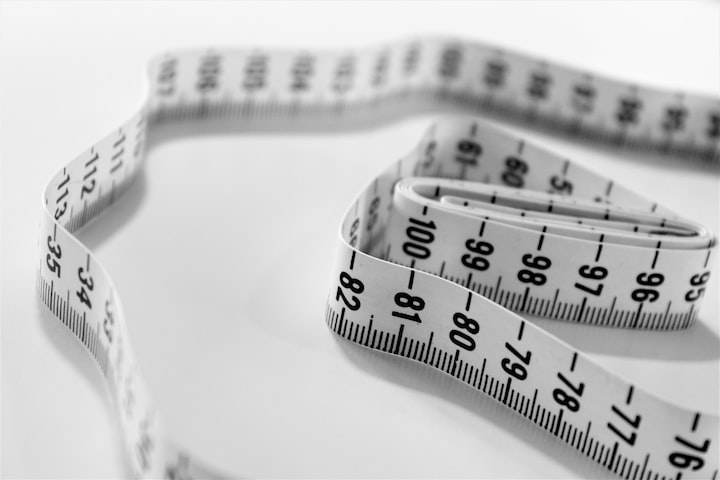 In January 2020 I decided I wanted to lose some weight so I fired up an app on my phone, began religiously recording every calorie I consumed and made an effort to have a deficit of about 500 calories a day from the 2,500 recommended limit. It was miserable.

I dropped beer and swapped it for vodka with fresh lime juice and soda water, my large bar of chocolate became a small and infrequent bar, pasta was substituted with gnocchi and I spent most of my time either hungry or drunk because I'd not eaten enough stodge before I cracked open the Russian Standard.

Despite the hideousness I started losing weight and come March I'd dropped half a stone (7 lb for those outside the UK). Some of my old shirts began to fit me again, without gaping between the buttons, and I suddenly rediscovered pairs of trousers which, a few weeks earlier, gave my thighs the look of a zeppelin in a boob tube.

I was only half way to my target, and quite used to the change in eating habits, when Covid-19 – that flu-like condition from a little known Chinese town, which had gone on to strip Australia of toilet paper – landed in the UK and led us to a national lockdown.

At first there was little difference. Then gradually, and over a number of weeks, I started to morph back to my former self. Despite the fact that I continued to eat well I hadn't counted on becoming a veritable hermit. Daily marches across town which formed part of my commute and went some way to keeping the blob at bay, stopped as I settled into working from the dining room table; likewise the twice monthly nightclub dancing sessions ceased; even simple things like walking to a restaurant or bar ended. I had become toad-like in my burrow with a daily routine that took me from the bedroom to the sitting room, with occasional diversions via the kitchen, the bathroom and the garden.

In about the same amount of time it took me to loose seven pounds, I put it right back on again. The shirts were returned to their traditional place in the wardrobe, the trousers reduced in number and the love handles expanded like proving dough. Frustrated and disappointed I realised the only thing for it was either exercise or starvation.

That being said, some time ago, I mentioned this kernel of an idea to a friend who is a keen runner. There was definitely an element of bravado and swagger in what I was saying to him but deep down I was genuine. Unexpectedly he gave me an expensive pair of running shoes which he'd bought in a mad panic but didn't fit and were discontinued so he couldn't swap them. I accepted his incredibly generous offer graciously hoping this would be the kick up the arse I needed and, as a thank you, I took him to the pub and we got smashed on highly calorific pints of lager. The shoes subsequently languished under the stairs at home.

That was until a couple of weeks ago when I found myself knocking about on social media one afternoon and a blurry, old photograph popped up showing me, in shorts and tee shirt, the last time I attempted running – seven years ago. I remember the occasion well, I'd lasted all of twenty minutes then spent the remainder of the day recovering and promising myself that one day, after I'd stopped smoking, I'd try again.

I shared the photograph once more on Facebook, almost as a joke, saying that I might take up running again – again, like it was even a thing back then! Within minutes the friend who had gifted me the expensive trainers commented on the photograph, writing, 'Well I did give you those trainers for a reason!'

Then minutes later another friend offered to go running with me if I wanted a buddy and, before I knew it, I was inspired.

I contacted the first friend to ask about where I should get running gear. He advised me and I immediately spent the best part of seventy quid on shorts, tee shirts and socks – I didn't want to waste the momentum and I thought, if I spend money on something that will be an incentive to use them in itself. Next I got in touch with the other friend, asked him if he was serious, interrogated him on whether he was any good at running, and if he cared that I would probably be a hindrance to him, then I took him up on his offer – I was on fire!

Three days later the kit arrived. I tried it on, fully expecting to have to send everything back, in the manner of an overly enthusiastic ASOS order, but to my surprise everything fit. Shit was getting real!

I did make a couple of mistakes with the clothes: firstly I'd ordered small socks instead of large, but resolved to make do and stretch them over my size elevens; secondly I'd made a boo boo with the shorts – I could have sworn I'd bought the seven inch shorts but alas, I'd gone for the three inch ones with the slit up the side.

I say 'there was nothing to stop me' when what I mean to write is 'there is nothing to stop me'. The tiny shorts and teeshirts are waiting patiently in my wardrobe, and I've worn the trainers around the house to break them in, I've just not got round to going outside in them.

I will do it eventually, I'm sure. It's the same with everything – I do stuff in my own time. I love the idea of being a runner, and I like the idea of being healthier in my mid-forties than I was in my early forties, or even my thirties for that matter. Most of all though, I long to lose the love handles and the belly, to fit into those shirts again, and mostly to feel confident the next time I take my shirt off at the beach.

When it boils down to it, and whichever way you look at the situation, it's all about vanity. I don't want to run because I'm embarrassed about what I'll look like when I'm out there sweating and panting yet, at the same time, I want to have a better body than I do now for no other reason than for people to look at me and say, 'Phwoar! Look at that specimen!'

I'm a writer based in Manchester, UK. I write plays, I blog, I'm writing my first novel (and looking for representation), I'm the written voice of a chatbot that helps kids understand their cancer treatment and I'll turn my hand to anything

See all posts by Richard Douglas →