A Realization at the Denver Art Museum 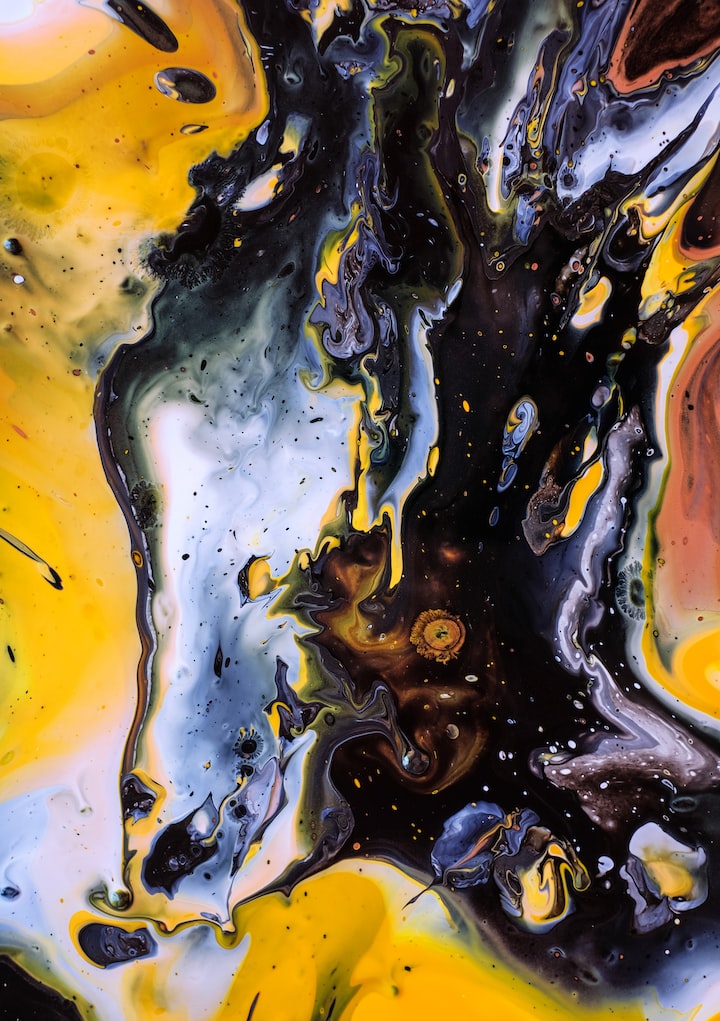 Photo by Victor Grabarczyk on Unsplash

Today, the 6th of November, 2021, I accompanied Sophie's Native North American Art class to the Denver Art Museum. We were up early, especially considering that we went to bed at or around two in the morning - possibly closer to three, and at the Museum's welcome center before I had really asked any questions as to the subject matter we'd be reviewing at the Museum. When we got there & after a rather short wait outside because we got there a bit before they opened, we were with the class through a building I'd never been in before- one almost ENTIRELY dedicated to the work of various Native American or American Indian Artists (I've yet to come to an internal conclusion about the term American Indian. Being native myself, it feels inaccurate & like it validates the ego of the idiot Christopher Columbus- but perhaps I'm harsh). To say I enjoyed the exhibit would be an understatement; in fact, I'd venture to say it was the best museum experience I've had in a long time! More than enjoying it however, I had an epiphany on something one of the indigenous folks I know had told me recently.

I cannot say I remember the exact date of my first & most recent sweat lodge, but I can say it wasn’t a day I'll soon forget - if ever. A man I've known since I was quite young (one I'd call family), Danny Stange, invited Sophie & I to the sweat lodge he built, in Mexica tradition, in his backyard. Now, this was something I had been invited to before & unfortunately could not attend- but was happy to finally get the chance, & with me sweet girl to boot!

We took basketball shorts (as I haven't owned a pair of swim trunks in a long time- mostly due to a lack of need), towels, & two gold & white blankets my mother gifted us to Danny’s house & got ready to go in. We did three "cycles" (as Danny referred to them) of him preparing the hot rocks & water, sweating, then replenishing the resources. Each cycle was hotter than the lost, to the point where I felt like I could faint during the last cycle. It was hard- but exceptionally rewarding; resulting in what felt like a shed of 50lbs on my person. Near the beginning of the first cycle, Danny, as the curator of the spiritual experience we were about to get, wanted us to introduce ourselves and something we wished to relinquish in the sweat. Both Sophie & I expressed sadness & desire to reconnect with our people. I can't speak for Sophie, but for me my indigenous roots were a part of my upbringing- but not too deeply. What I mean is I always knew we were Black & Indigenous but neither our Blackness nor our Indigenousness was really anything more than a statement of fact. No rituals aside from things like family dinners & (unfortunately) Christian dogmatic practices, No recipes- so much so that I don't even HAVE any recipes that were passed down to me, and, aside from the colonizer's English, no languages. The genocide of both parts of my genealogy succeeded to strip me of anything not superficially obvious- namely my black skin. More recently, I've been searching for more details; truly, I think it may border on impossible to learn who my people were in Africa for innumerable reasons- but my indigenous part is for more recent… I can find out who my people were and/or are1, learn their language, their food, their techniques in wearing clothing, their dances, & hopefully- their bead techniques & customs for creating regalia! I made it known, both to the universe before the sweat, and to Danny & the other participants during. My mother, being the hippie she is, has been saying that I should meditate & do sweats & I'll be able to intuit the answers I've been looking for; and so relatively unwillingly, I was expecting a vision to come at some point in the sweat- it didn't. Despite this, as we opened the lodge for the final time, Danny was wrapping up the ceremony & said something along the lines of you may not know who your people were, but we're all one people. I heard this but did not metabolize it.

At the museum however, looking at the artifacts from different tribes all together on the open exhibit floor- something clicked. Works, grouped by Artist or by tribe, mingled in one space. To explain this point a bit more robustly, I liken it to the West’s misunderstanding of Hinduism. Hindu folks don't really have over 33,000 gods - they have one. Whether a person or sect prays to Shiva, Vishnu, or Brahma- Kali, Ganesha, or Lakshmi, they are praying to Durga. Durga or Shakti is the whole, & all things, including the other gods, came from it. They are separate, but make up one. Just like a living being's body- billions of cells, thousands of processes, hundreds of bones, ligaments, & muscles; one. You. There is the Cheyenne, the Arapaho, the Ute, the Igbo, the Inca, Maya, Olmec, so on and so on and so on... but there's also us, just us. I don't think my mission to find my specific people has stopped. We are one, but also as individuals what's important to our intimate collectives is very important to me as well... But now I feel more comfortable taking my time to find them. Now I know, even if I am' the last living individual of my people & our customs died with someone else (doubtable, but morbidly possible), at least we're all still together!

More stories from Justy Robinson and writers in Longevity and other communities.