My Experience With Imposter Syndrome

by Breyanna Wilson about a month ago in advice 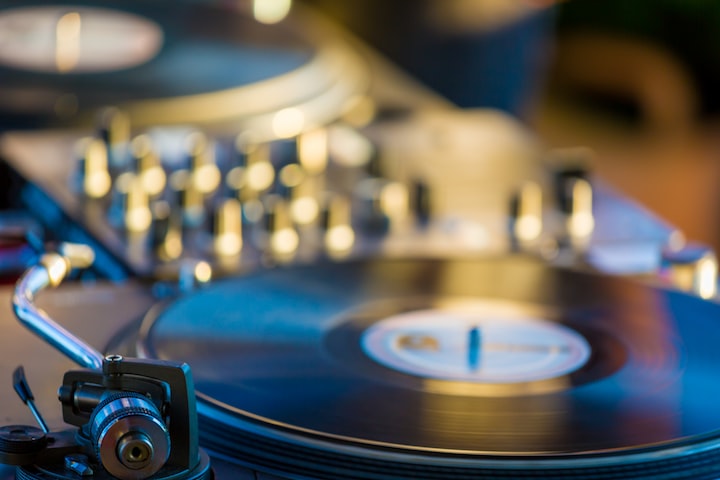 Photo by Dalibor Bosnjakovic on Unsplash

This song has helped me through some rough times, and I feel like it’s something that can speak to many people. I hope you enjoy guys.

Have any of you heard of Imposter Syndrome?

It’s the belief that you are faking your talents and that you’ll fail or be exposed as the fraud you think you are. But you have that talent. Or, you wouldn’t have your high-paying job or have that fancy degree. It’s so common that people who have heard of Imposter Syndrome think they’re faking it. It’s a cycle, and one that’s hard to break. And I’m very guilty of it.

I’m one of many women who fall prey to Imposter Syndrome. (I know men do too, but I’m speaking from my experiences here). I’ve had many experiences of people trying to tell me who I am and put me in a box. I lived in a world where I could be pretty, but if I acknowledged my prettiness, suddenly I’m shallow. I could spend hours giving you more examples, but this is one of many ways that the world left me in a double bind. No matter what place I fell into, I felt fake because it wasn’t enough.

“‘Cause I sing it just once, and the wires, they remember it

And sing it right back

And they do it better than I can”

I grew up with this ever-present lack of feeling connected to what you can accomplish. Skilled or not, I felt I was inadequate. I think we all know that late at night is the best time to listen to music, as was the case in 2012 when I first heard this song. It struck a chord within me as I was currently in the throes of dealing with young adult existential dread.

The wandering feeling in the lyrics made me think of the reality of adulthood and the pressures she’s experiencing. It reminded me that I didn’t have job aspirations or even a degree picked. Because I didn’t deeply know myself, it was hard to tell if I was genuinely a good person or fake so that I wouldn’t be alone. And it was probably the best thing I got that year. When I sang along, I felt a little less overwhelmed and a little less lonely.

Over the first few months of listening to this song with vigor, it helped me indirectly process what it felt like to be a new adult. While she’s not talking about career aspirations, she gives this atmosphere of wondering if this is the life she wanted and feeling confused. Feeling confusion was a major factor in my life, up until maybe 2017. I still hadn’t picked my degree at the end of the academic year. All of my friends had their next ten years planned. It’s obvious how one could feel that they weren’t living up to their full potential.

From being so tired and being so drunk”

Finding this jewel of a song might have been at the perfect time. In my early adulthood, I felt that I was doing so much wrong. While in college, it became a bit of a habit to grab an individual Ben & Jerry’s and eat it all the same night. Sometimes you want a break from it all. I will truthfully say I did this a lot during college. But you only get this life, so I dealt with my dread this way. It helped because I went to class the next day. Coping mechanisms don’t have to be Instagram-perfect.

Her lyrics’ blunt honesty reminded me of my life experience of being seen as an image, being manufactured, and not truly knowing who you are. In the song, her imposter syndrome is her voice (her talent), where they manufacture her voice to the point where she’s “obsolete.”

“So why don’t I just sleep in the middle of this kitchen?

Surrounded by forks on a linoleum floor”

Now, do you want to know why I’m sharing this song with you? First, because it’s very comforting to me. Here’s the message I have for you guys: not having a plan is okay. Feeling a little inadequate or confused is okay. It lets me know that even if I’m aimlessly wandering, I can still reach a destination. In the song, she’s making music, going back to that studio, and still trying. And in that period of my life, it reminded me that yeah, I might feel inadequate. But I haven’t gone broke, and I have ice cream in the kitchen.

It reminds me that I’m not alone in how I feel. I cry when I’m stressed, and it was common for me to feel that way as a child in the early 2010s. I could see that she’s still moving, and that’s what I had to do. I had to do what I needed to do. I kept trying (and succeeding), even if I felt like I was faking. And sometimes, if you keep succeeding, it might click that “Hey, I am good at this!”

It took me years to think that any of my writing was good. Anybody who read my poetry or essays gave me accolades for days, but I’d shrug and say, “Yeah, I guess.” It’s common for an artist to feel like a plagiarist. But now, I don’t have to let that story play in my life. I am a writer, and I can keep writing in the moments when I question myself.

And honestly? Some nights I think we’re all just sitting in our kitchen, surrounded by forks, or tubs of ice cream, or subpar poems. We should be thankful for those moments. It’s where we can be raw. Practicing gratitude is a way to bring in positive energy even when things seem “blah.” We get to choose to get up. Regina Spektor (and all of us wanderers) lets us know that we’re not alone.

And I extend that to you. You don’t have to be alone in this human journey. Reach out to someone you know. Or better yet, connect with yourself and remind yourself that you’ve got this—one step at a time.

Have you ever felt that you had to figure out life yourself? Well I'm here to tell you that we're meant to traverse life together. Find my thoughts, tarot tips and more here. If you want more from me, check out www.breyannawilson.com.

See all posts by Breyanna Wilson →