Legendary Short Stories: Falsehoods and other lies we tell ourselves

by Legend Gilchrist 13 days ago in psychology 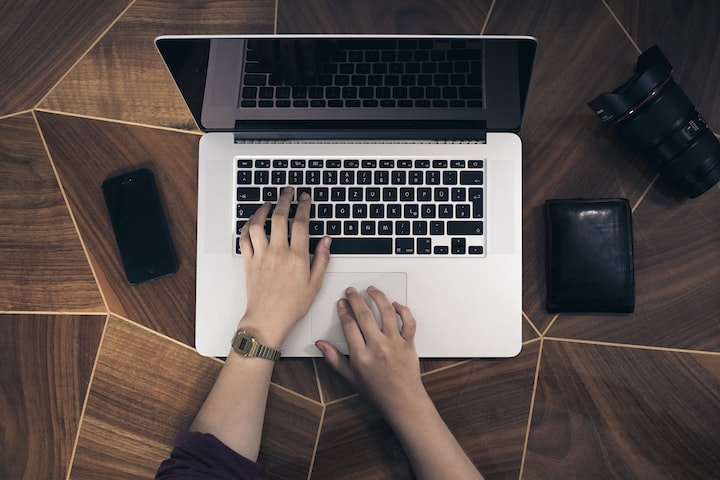 Photo by Fabian Irsara on Unsplash

Falsehoods and other lies we tell ourselves

The beautiful thing about falsehoods and lies, if there could be anything beautiful about lies, is that they often time resemble facts in such a way as they have just enough of the truth to be convincing. Why do we believe such things, you may ask. I have a simple answer to that simple question: Because we WANT to believe them and for no other reason. Very oftentimes, reason has little to do with why believe what we believe.

We believe falsehoods and lies because they align with or match our point of view. Some people believe the most outrageous things simply because a person they admire has the appropriate and correct training and experience that their wisdom is not questioned. Some people tend to follow certain leaders blindly and do whatever these leaders tell them to do or what to think. Or what to post on social media if you will

Social media seems to be the main breeding ground and hotbed for falsehoods, in particular, during contemporary times. The fact that these types of lies can spread like wildfire on social media particularly troubling. Many people on social media tend to take this type of information, including blatant lies, at face value, and don't research the information to see whether or not it is true. Instead, these people quickly post and re-post this information for all their friends to see.

And many of these people also do not check the veracity of the information and quickly forward it to their friends who forward the false information to their friends who forward it to their friends and so on and so on, forever. Thus, what may have started out an idle rumor quickly goes "viral" to the point where even some respected news media outlets pick the information up as "Breaking News" only to have a little child, like that of the little child from Hans Christian Anderson's fable, "The Emperor Has No Clothes," the critical viewer, or little child if you will, who bothers to do the research on the matter at hand, reveal that "the emperor has no clothes" to use an analogy from that famous fable.

Social media provides the perfect platform for falsehoods and lies. Members of social media platforms are pretty much welcomed with open arms to post whatever they what whenever they want without any censure. In the United States, the First Amendment of the Constitution pretty much guarantees the right to free speech which might include any information including falsehoods and lies. This freedom was expressed in this way in 1906 by Evelyn Beatrice Hall in a statement normally incorrectly attributed to the philosopher Voltaire:

"I disapprove of what you say, but I will defend to the death your right to say it."

And this fact, that someone would be willing to die to defend one's ability to say whatever they want, is truly a noble thing to say or act upon. However, I doubt that Ms. Hall ever conceived of the madness of falsehoods and lies that has run amok as seen on posts worldwide everyday on social media platforms. Each day, I wade through such a variety of nonsense posted by people who call themselves my friends or followers.

But in my opinion, if these people were truly my friends they would research the articles they post BEFORE they post these articles to ensure what they are posting represents the confirmed truth on a matter instead of submitting some incorrect nonsense that will be believed by some though questioned immediately by me. Unfortunately, I have gotten to the point where I have to question EVERY news item that I see on posts from my friends.

It seems as though I am the only one who bothers to research these articles many of which I have found to be a partly untrue or blatant lies. And yet, many educated individuals both believe these falsehoods and lies because they appear to come from reputable news sources many of which are actually sites that use sarcasm to post lies designed to trick innocent readers.

The people who merely read te headlines of these articles fall hook, line, and sinker for the lie and quickly post the article with an angry comment telling their friends to re-post the article if they have any decent bone in their body. And thus, these people serve to function as propaganda agents doing things that not even the worst dictator hoped they could ever do to manipulate the masses.

So some of our friendly and well-intentioned friends become the enemy of truth when they innocently post falsehood and lies. And these news items are so intriguing and seem to grab most people's attention. The problem with these falsehoods and lies, as was indicated earlier, is that if the reader even bothered to read the article in question they could determine whether or not the information is true based on the content of the article itself without having the need to research it further with organizations whose purpose are to fact check information listed on articles.

But generally, people are lazy, this has been true of me in the past, and just read the headline, become outraged on the information contained on that single sentence or few sentences, and quickly re-post the falsehood or lie for all the world to see.

And, like indicated earlier, this information is posted and reposted until it has "infected" the hearts and minds of the people who have read it and as a result "poisoned" the brains of those who believe these things. Yet, as terrible as a thing as this is, this phenomena is not a new one. It is as old as the ages. In particular, the immortal showman P.T. Barnum knew this fact well and how to manipulate the truth to his financial advantage when he said:

"There is a sucker born every minute."

Today most of these people frequent social media and either read or post falsehoods and lies much to the detriment of their friends and society and, this is a sad fact indeed.