Is the cardiovascular impact of eating eggs every day significant? How many eggs a day is more appropriate

Is the cardiovascular impact of eating eggs every day significant? 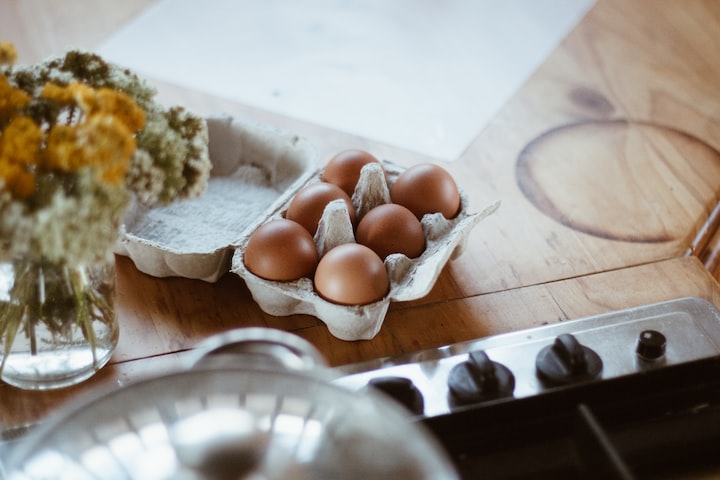 Eggs are a common food in everyone's life, and many people eat at least one egg a day, but recently there have been many rumors about eggs, and some people even say that eggs are cardiovascular "killers", what is going on?

An egg in the morning, in the end, is a health or cardiovascular "killer"?

Before understanding this issue, we need to know what nutrients eggs contain, including rich protein, multivitamins, calcium, zinc, etc., which is one of the very best options for nutrition.

As for the relationship between eggs and cardiovascular health, let the research tell you the answer. A team led by Professor Li Liming from Peking University's School of Public Health published a study in 2018 in Heart, a journal under the BMJ, which clearly states that

The study that claimed that eggs were associated with an increased risk of cardiovascular disease was based on Americans, whose dietary habits and living environment are different from those of the country, and the results obtained cannot be used directly.

Moreover, this study was more of an observational study and did not show a causal relationship between the two, so there is no need to worry too much about the increased risk of cardiovascular disease from eating eggs.

In addition to the claim that eating eggs increase the risk of cardiovascular disease, some rumors eating one egg a day can lead to excessive cholesterol levels in the body.

Can you eat only one egg a day and exceed the cholesterol limit if you eat too many?

According to Feng Jian from the nutrition department of Qilu Hospital of Shandong University, for a healthy adult, the daily protein intake is 1.16g/kg of body weight, and a 50kg adult needs 60g of protein per day, while 100g of eggs contain about 15g of protein.

If the daily diet is rich in protein foods such as meat, soy products, and dairy, you can maintain a daily intake of one egg, or if it is not rich enough, you can increase your egg intake to three eggs a day.

In other words, there is no standard intake of eggs, it depends on the individual's diet structure, and in general 3-6 eggs a week can be consumed.

In addition, excess cholesterol levels in the body are often due to abnormalities in lipid metabolism or genetic factors and are not overly related to dietary intake of cholesterol.

Even for people with excessive cholesterol, there is no need to worry too much about the cholesterol in eggs, but these people should consume no more than one egg per day, especially the yolk.

For diabetics with high blood sugar, the daily intake of eggs should also be controlled, and it is recommended that one egg per day be sufficient, not too much.

On the matter of eating eggs, there are many misconceptions, many people are even convinced of these things, together to see if you have stepped on the mine.

1, only eat egg whites not yolks

The egg yolk contains high cholesterol content, but it is also rich in a variety of vitamins, calcium, iron, zinc, and other minerals, for supplemental nutrition is very helpful for ordinary people who do not need to throw away the egg yolk, but some people with serious excess blood lipids, it is important to pay attention to do not eat the yolk.

2, egg yolk, cracks, and spots do not necessarily deteriorate

Some eggs with loose yolk may be the result of intense shock during transport, these eggs are not very fresh but still not deteriorated and can be eaten normally, spoiled loose yolk eggs often have a distinct odor; cracked eggs are also a very common phenomenon, but if the eggshell membrane is not broken, then it can be eaten normally, but be careful to eat as soon as possible.

Once the membrane of the eggshell is found to be broken, do not eat it; there are two types of eggs with spots, one is when the hens consume feed that lacks vitamin A and has too much calcium, which can lead to spots on the surface of the eggs.

Or some hens have a narrower birth canal and may show bleeding during egg laying, resulting in blood spots on the surface of the egg. The spotted eggs in both cases can be consumed normally. However, if there are obvious black moldy spots on the eggshell and an obvious rotten smell, it means that the egg has deteriorated.

3, the color of the egg has nothing to do with nutritional value

There are so many rumors about eggs that we should learn to identify them and not let our normal lives be affected by some false rumors.

More stories from Corsicari and writers in Longevity and other communities.