How to Sharpen Your Dimensional Mind?

by Explained 4 days ago in advice

Strategy is about playing the long game. So, here is a short account from the exemplary life of Caterina Sforza teaching us the importance of Dimensional Thinking. 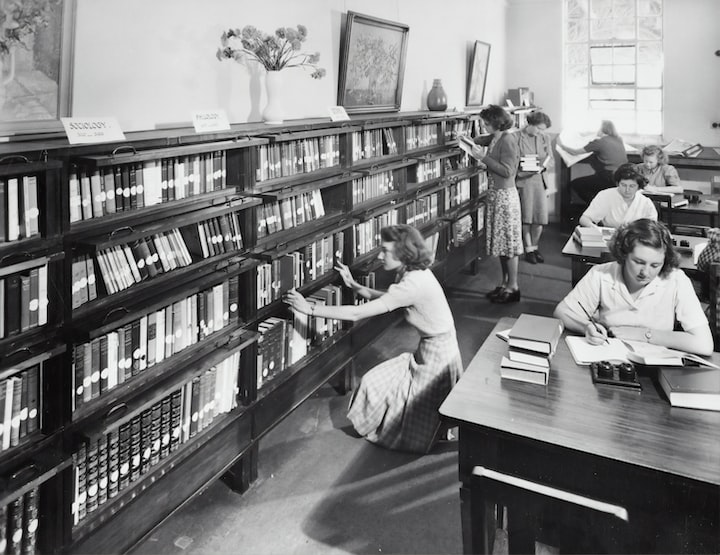 Failing to consider second and third-order consequences is the cause of a lot of painfully bad decisions and it is especially deadly when the first inferior option confirms your own biases. - RAY DALIO

At the age of ten, Caterina Sforza (1463-1509), countess of Forlì in Renaissance Italy, was set to marry Girolamo Riario. Despite having never met the man, she dutifully followed her father’s request. This was a time when arranged marriages were a common means to secure goodwill and political alliances between families. Four years later, when she was deemed old enough to consummate the marriage, Caterina moved to Rome to join Girolamo.

As Caterina soon learned, Girolamo was a cruel, self-indulgent man. He owed his position in life mainly to nepotism and luck. As the nephew of Pope Sixtus IV, he was named commander of the papal forces. But he lacked substance and intelligence. He failed to grasp the bigger picture and was interested only in satisfying his selfish desires for immediate gratification.

Girolamo extracted as much money as he could from his position. He sold church offices, demanded bribery payments from papal employees to keep their jobs, and imposed harsh taxes. For those who opposed him, he ordered their houses burned and their property destroyed. All the while, his list of enemies grew.

The early years of their marriage forced Caterina to build a deep well of resilience and set brutally realistic expectations for their life together.

After the first couple of years, Caterina decided to take a more active role in their affairs. She refused to sit idly by as her husband squandered the family name and their children’s inheritance. Time and time again she would help limit the aftershock of Girolamo’s short-sighted decisions, whether failed assassination plots, greedy exploitations, or his antagonization of powerful families in northern Italy.

While Girolamo hid behind his personal bodyguard and public animosity towards him grew, Caterina took to the streets to visit with citizens and became widely admired. Even when the bubonic plague hit, she visited the poorest quarters, offering provisions and tending to the ill.

But when Pope Sixtus died in 1484, it spelled disaster. Mobs raced the Riarios’ home in Rome and tore it down in pent-up rage towards Girolamo.

Caterina and Girolamo were safe in Forlì, where she was seven months pregnant. But rather than barricading herself behind her husband’s forces and preserving her immediate safety – what everyone expected – she mounted her horse and rode straight through the night for Rome with a single soldier by her side.

Caterina could see that with new allegiances, and in due time, the College of Cardinals would strip the Riarios of all claims. She also knew her husband was too cowardly and short-sighted to take action on his own.

Upon reaching Rome, Caterina lacked the necessary leverage to bargain at the papal palace, so she went straight for, and seized, the papal fort of Castel Sant’Angelo. Caterina turned its cannons towards the access roads surrounding the Vatican, cutting off the cardinals and buying time for reinforcements to arrive.

Negotiations were fierce, but Caterina held the College of Cardinals at bay for eleven days, preventing their election of a new pope. On the evening of the eleventh day, she rode out unharmed, with armour over her silk gown, a sword on her belt, and the guarantee that her family would retain their lands of Immola and Forlì.

What does this story teach us?

At each pivotal moment of her life, Caterina was able to see multiple moves ahead, balancing patience and boldness. Her ability to consider second-order consequences helped her protect her family and outwit not only the College of Cardinals, but also the French Army, Cesare Borgia, and dozens of assassins over the course of her life.

Caterina knew that the first-order consequence of remaining behind her husband’s forces in Forlì during the aftermath of Pope Sixtus’s death was her immediate safety. But she also understood the second-order consequences, that a change of guard would result in her family losing everything.

The College of Cardinals assumed the Riarios would remain in hiding to preserve their safety. Caterina exploited their shallow thinking and made them pay. She saw further ahead and assumed immediate personal risk to advance her ultimate goal.

While it’s rarely a matter of life and death in modern life, the way this often appears is through nonlinearities. With growth and progress, results rarely match input early on.

Consider the investment in learning to become a better public speaker. You might take speaking classes, sign up for additional presentations at work, and put yourself through deliberate practice. The first-order consequences of attempting to improve are time, embarrassment, and discomfort.

As you learn, you continue to struggle for the weeks and months that follow. Most people drop off somewhere during this period because results aren’t immediately evident. It’s hard to see visible progress from one speaking engagement to the next. Until one day, when it clicks and you’re able to put it all together, calling upon each of the skills you’ve learned. And at that point, things take off.

If you can delay gratification, take a hit, and learn to deal with first-order consequences that are often uncomfortable, the subsequent payoffs are significant. Whether navigating complex relationships or accelerating your own growth, this is how you overcome obstacles and outmanoeuver adversaries along the way.

Everyone can comprehend first-order consequences. A handful can get to second-order. Even fewer can reach the complexity of third-order. Strategy is about playing the long game. Dimensional thinking requires that you understand nonlinearities, nuance, and hone your own ability to see multiple moves ahead.

Receive stories by Explained in your feed
Explained
Read next: Best Running Shoes for Women