How to argue effectively in your relationship

The goal of an argument is not to win, but rather to understand the other person’s perspective and reasoning. 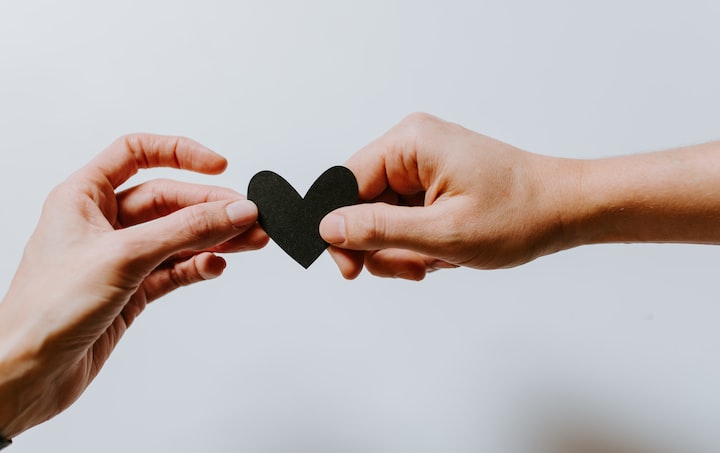 So, it seems like you and your partner got into another argument. Something tells me the argument itself isn’t necessarily the problem at hand.

The problem is that you both aren’t seeing eye to eye, just like in the previous dozen fights, and you can feel a pattern forming, leaving you feeling frustrated and distraught.

Well, what if I told you that you’ve probably been arguing the wrong way, and the solution was as simple as improving your listening skills and developing empathy?

Most couples argue ineffectively without ever genuinely resolving the issue at hand. In this article, we’ll discuss why a lack of communication and empathy might be the missing pieces.

Let’s not kid ourselves here; if you’re in a relationship long enough, arguments are bound to break out sooner or later.

You’ll be happy to hear that having arguments aren’t signs that you’re with the wrong person or your relationship is dying but potentially the opposite! A lot of people think arguments mean their love affair has come to an end.

However, this could just as quickly signal something different — like there’s some tension in paradise because let’s face it: nobody wants perfect happiness all the time.

Now, this doesn’t mean that all forms of arguing are suitable. Factors within a fight can tell you whether there are serious problems that you and your partner need to take care of rather than dismiss.

Most of the time, these problems take the form of needs that fail to be met, for example:

Intimacy: It might go without saying, but physical touch, kind gestures, and loving words are necessary for relationships. Lack thereof can be a quick and straightforward way into arguments.

Validation: According to PubMed Center, most couples believe it’s essential to their relationship to move on the same wavelength majority of the time. When your significant other completely fails to see your viewpoint on a matter, you’re likely to feel misunderstood. If they go further and dismiss your feelings entirely, you’re more likely to feel ignored or disrespected.

Autonomy: Although relationships strive when both partners are typically on the same wavelength, disregarding personal independence altogether isn’t a good idea either. We’re individuals at the end of the day with separate interests, goals, and values. We need to sense that we have some control over what we do.

The thought of just not fighting might’ve formed in your mind or at least in the past. Still, in reality, that’s probably a faster path to the end of a relationship than poor communication during an argument.

Some partners avoid discussing their issues or disagreements within their relationship because it provokes anxiety. It could result from not wanting to hurt their partner’s feelings or coming off as the bad guy. So, they let things slide, allowing resentment to form slowly.

The thing is, all relationships have conflict. It’s how we deal with it that matters. It’s easier in the short term to evade conflict, but in the long term, it’s another issue.

Effects of Long and Short-Term Arguments

Warlike arguments in a relationship, such as disagreements over whose turn it is to do the dishes and kids, and some of the needs we discussed previously, can take a toll on mental and physical health in both the long and short term.

In the short term, it starts with intense feelings of anger for many different reasons, but internally that can trigger rapid breathing in most cases. Your body’s typical response is to hit the panic button and send you into “fight or flight” mode.

You’re likely to build a burning resentment for consistently unmet needs in the long term. In the worst-case scenario, you don’t decide to leave; instead, act on those emotions and do something to your significant other you might regret later. The stress that comes with boiling anger targeted at your significant other isn’t desirable either.

We’ve been looking at the core negatives of arguing the wrong way for a while now. How about we look at the positives of good arguing? Remember those needs we discussed? Wouldn’t it be great if someone could tell you how to fix those problems as soon as they arise?

Well, that’s what arguments are for! It’s as simple as your partner conveying their needs or vice versa and then taking the necessary action to fix it.

The power of good communication!

How to Use Listening and Empathy During Arguments

By now, the idea of arguing should be exciting to you (hopefully) — the positive kind of arguing. If you want a stronger relationship with your partner, you’re going to have to keep these approaches in mind:

When arguing, many couples seem to forget the main objective or are too blind by negative emotions and the heat of the moment. You both are arguing because there’s a problem or issue that needs to be taken care of, and instead of yelling at each other to fix it (which is the easy path), you both should be working together to problem solve. I mean, you are partners, after all… act like ones!

The #1 way to eliminate those back-and-forth screaming battles is to shut up and wait for the truth within your partner’s words to reach the surface (Because it will come out eventually). I don’t want this to be taken as “I’m going to sit there and not say anything the whole time.”

Yeah, no, that’s not what I’m getting at here. What I’m saying is to listen to your partner’s issue without judgment or even opinion to start off and if it’s not clear what the problem is, then summarize what they said and ask if that’s correct. If not, they’ll make it more transparent for you until you understand the issue.

It’s easier to act on impulse when your partners are at ten, and you go up to 10 with them. Calm down. Breathe in through your nose and out through your mouth a couple of times if need be. If you’re on four or five while they’re on ten, it will be easier to empathize and see the truth behind their words to take steps closer to a solution.

Couples often get stuck in this scary loop where neither partner is meeting their needs, leading to more significant conflict, frustration, and, worst case, resentment. You can create a more harmonious and fulfilling relationship by being curious about your partner’s needs and being willing to share your own.

Why not read a story like this for YOUR business and get my support as an exciting B2B Mindfulness Copywriter? Check out the website for more information.

More stories from Jerrell John and writers in Longevity and other communities.