by Samiha 3 months ago in spirituality
Report Story 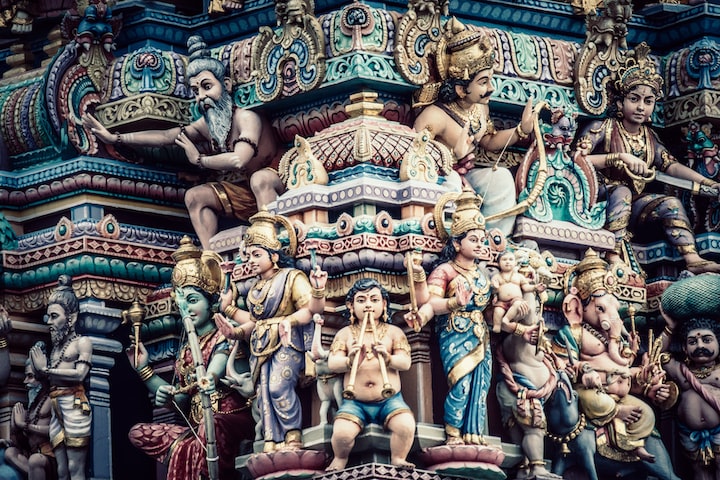 Photo by Dominik Vanyi on Unsplash

Given that there is no "start date" from which we may determine the beginnings and progression of the religion, identifying "Hinduism" might be challenging. Hinduism has no "founder," no particular time in history to which we can tie important events in the tradition's beginnings. This is in contrast to Buddhism, where we can look back to the life and teachings of a historical person, Siddhartha Gautama, and Judaism, where we can trace the tradition's beginnings to the lives of Abraham and Moses. Hinduism does not have a particularly close connection to its own past, as Kinsley points out in the reading. Additionally, there is no authoritative body that establishes the limits of Hindu practice, similar to the Papacy in Roman Catholicism, nor is there any central Hindu organisation. As Gavin Flood observes,

Some Hindu traditions consider certain rituals to be necessary for salvation, while others do not. Some Hindu beliefs hold that a theistic reality who creates, maintains, and destroys the universe exists, while others disagree with this assertion. Hinduism is frequently described as a religion that holds that redemption is the end of the cycle of reincarnation, which is dictated by the law that all deeds have consequences. Yet other South Asian religions, like Buddhism and Jainism, also hold this to be true.

It consequently becomes difficult to pinpoint when Hinduism first emerged. Hinduism had its flimsy beginnings more than three thousand years ago. More precisely, researchers contend that the origins of Hinduism can be traced to a civilization that flourished along the Indus River between 2500 and 1500 BCE, when it mingled with the Aryan migration from the North. The history chapter in the Kinsley reading provides a very good account of this period in history.

NOTE: CE stands for "Common Era," while BCE stands for "Before the Common Era." The labels BC, "Before Christ," and AD, "Anno Domini," which particularly view time in terms of Christian history, have mostly been replaced by this system of chronology.

However, the Vedas (1500–500 BCE), a collection of ancient books, are where we find the true principles and practices of "Hinduism" as we have come to understand it today. You will learn more about the customs surrounding in the next section.

The history of the term "Hinduism" itself presents another difficulty in definition. Only recently, notably in the 18th century, did the term "Hindu" come to be used frequently as a descriptor. The Persian geographic phrase used to describe persons who lived around the Indus Valley is most likely where the name "Hindu" originates (the Indian Sanskrit word for Indus is sindhu). In colonial India, it came to be used as a common phrase to describe those who did not identify as followers of other religious traditions, such as Islam. As a result, the term "Hindu" is frequently at the centre of a discussion about whether the term "Hinduism" or "Hindu" is more the product of outsiders than of the tradition. Today, some prefer to refer to Hinduism as "Sanatana Dharma," which means eternal sacred duty, but this word is not without its problems as it tends to place more emphasis on philosophical viewpoints than on actual lived religious practises. The majority of followers of this tradition now identify as Hindus.

Due to historical evidence, the form of religious practise, and the politics of postcolonialism, we are undoubtedly having trouble agreeing on the terms of a definition of Hinduism. However, this does not exclude the religious scholar from studying this religious tradition. We can achieve this by being conscious of the fact that the divisions, borders, and realities of religious life may not always fit neatly into categories.

I'm a fan of poetry. I'm in love with words that are created through imagination.

More stories from Samiha and writers in Longevity and other communities.