Green beans and it is the golden combination

by Joans 2 months ago in advice
Report Story 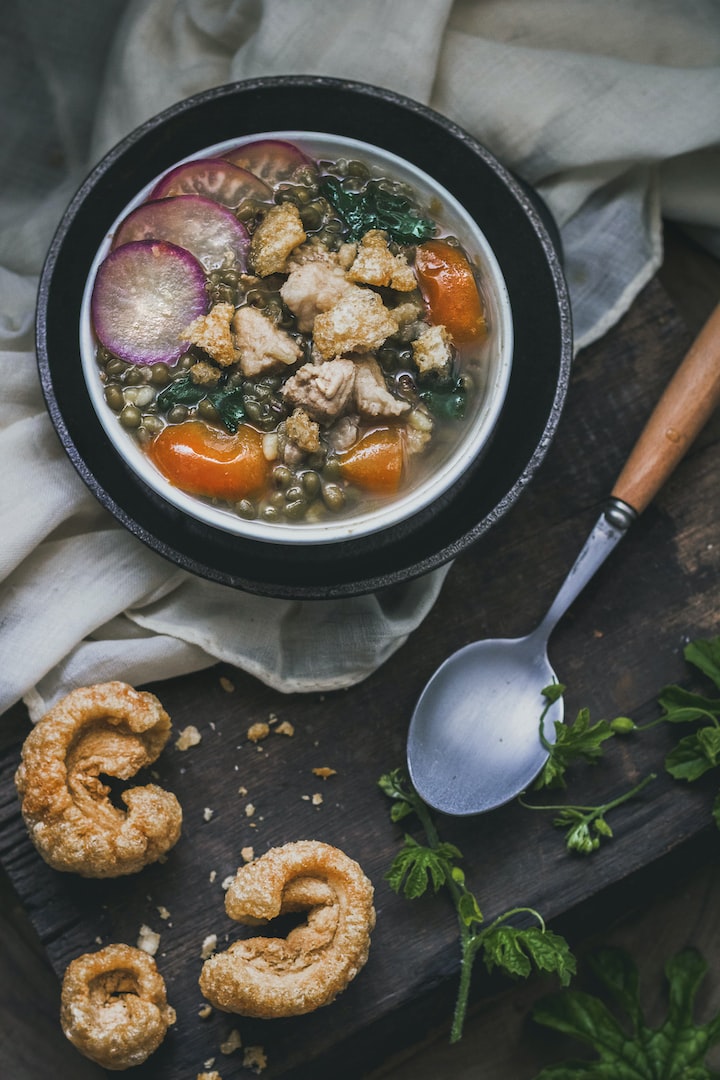 Photo by Eiliv Aceron on Unsplash

"Mung bean" is one of the grains and cereals, that plays an anti-inflammatory and antiseptic, detoxification, diuretic, and detoxification effect. Mung beans are rich in dietary fiber, vitamins, trace elements, mineral elements, amino acids, and antioxidants.

It can accelerate the peristaltic movement of the stomach and intestines and improve constipation. The heat-clearing power of mung beans is in the skin, and the detoxifying power is within. If you just want to beat the heat, cook the soup by panning the mung beans and boiling them on high heat for about 10 minutes. The soup so boiled out, the color of turquoise, clear and attractive.

There is a common saying that "it helps the world's good valley", and because of its rich nutrition, it can be used as bean porridge, bean rice, bean wine, or fish bait cake. Therefore, it is called "the best food in the world, and mung bean soup is people's favorite summer drink".

Mung bean is a short-sun summer crop that likes temperature. Mung beans like temperature, the appropriate temperature for seedling and growth is 15 to 18 degrees Celsius, and need higher temperature during the reproductive period.

1. Mung beans contain protein as well as excitement nerves to enhance appetite function, and for the body organs to increase nutrition.

3. Mung beans have globulin and polysaccharide to promote the decomposition of cholesterol in the liver of animals into bile acid.

4. Green beans are rich in phosphorus composition, bones, and teeth to promote body growth and development.

5. Green beans are rich in trypsin inhibitors, which can protect the liver and reduce protein decomposition.

[Do green beans have a shelf life]

So in life trying to eat some fresher green beans, which can reduce the phenomenon of green bean deterioration, and can also reduce the harm to the body.

Green beans belong to a common kind of bean food in life, green beans stored for too long, may lead to local moisture will affect a lot of loss. And will also appear moldy or long insects, easily lead to virus deterioration, and generally are not allowed to eat.

Green beans and is the golden combination, drink every day, dampness, insomnia, or will "go around"

Kelp contains iodine, which can maintain the body's sodium balance, with the green bean water to take, help promote blood circulation, so that the lipoprotein density becomes low, the auxiliary role of blood lipid decline.

Green bean and kelp soup also has the effect of reducing edema and improving kidney function. It is recommended that people with poor thyroid function try to drink some, which is good for absorbing iodine, improving metabolism, and restoring thyroid capacity. However, it should be taken in moderation according to your situation to avoid hormonal disorders and worsening your condition.

At the same time, you can also pair millet and mung bean porridge with steamed buns and other staple foods as dinner, both to nourish the stomach and can play a calming and restful effect on people.

In addition, millet and mung beans are low in calories and rich in dietary fiber, which can accelerate gastrointestinal motility. Can help the body's digestion, and relieve constipation, so millet and green bean porridge or women often eat a staple food when losing weight.

The accumulation of moisture and cold in the body and excessive body swelling, sleep disruption, fatigue, weakness of the body, and limb spasm phenomenon of people. The method of boiling porridge with green beans can be used to promote the overall metabolic rate.

Women suffering from dysmenorrhea can also consume this soup. The ability to contract and expansion of the uterus and ovaries is stabilized and the nerve pain in the lower abdomen is reduced.

The lily of the valley is also a medicinal food, is sweet and cold, to the heart and lung meridian, has a clear lung and lung, clear the heart and tratranquilizinge effect. Together with mung beans, it can relieve people's trance, depression, insomnia, and dreaminess.

Lily and green bean soup contains a variety of vitamins and minerals that are beneficial to the human body, which can play a role in relieving summer heat and calming the mind, and promoting the elimination of toxins from the body.

It can also improve the quality of sleep, better relax the body, play beauty care, skin rejuvenation, and delay the effect of skin aging.

Suitable for heavy dampness and heat, water dampness is heavy, and dampness and heat are mixed to form the state, many people will feel irritable chest tightness and fear of heat, but also feel dry mouth and thirst, but also some people feel joint pain and discomfort.

Mung beans and red beans boiled in water or together with porridge is very suitable, also suitable for damp-heat heavier obese people, is also good for damp weight loss. The combination of mung bean and red bean can also clear the heart fire, solve some mouth and tongue sore problems, urine short of the problem of yellow color, etc.

Who is not suitable for eating mung beans?

Generally, people with the weak gastrointestinal function will have a harder time digesting the protein in mung beans. Because green beans contain a large amount of protein, even more than the same weight as chicken.

To be absorbed and utilized by the body, enzymes are needed to break down the protein into amino acids, which can cause indigestion and diarrhea in people with poor gastrointestinal function.

Mung bean soup is cold food, it will aggravate the cold body cold people have cold limbs, waist, and legs easily pain, diarrhea and stool, and other symptoms.

It may even cause diarrhea, joint and muscle pain caused by stagnation of qi and blood, and digestive system diseases such as chronic gastritis caused by stomach cold and spleen and stomach weakness.

The elderly, children and other gastrointestinal digestive functions are relatively poor, it is difficult to digest the protein in the mung beans again in a short period, easy to cause diarrhea due to indigestion. So usually pay attention to drink less, drink if also boiled.

More stories from Joans and writers in Longevity and other communities.