EE
by Ezra Enns 3 months ago in humanity

The resilient compassion of a teacher 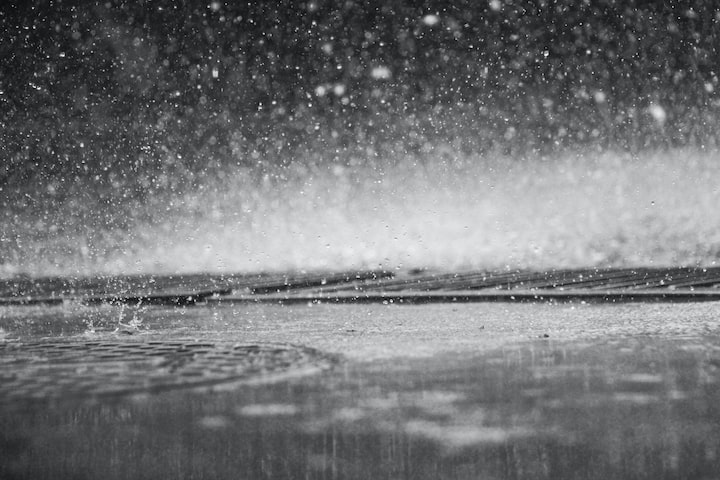 Photo by Eutah Mizushima on Unsplash

The fire grabbed hold of the strips of birch bark that we had lined up against our fire pile and it strengthened its hold. Slowly the little bit of flame wrapped itself around the logs, and around the 15 stones that we had lain inside. The stones (the grandfathers) turned red-hot.

I stepped around the sweat lodge and crawled in on my hands and knees. In order to fit all of the enthused group members a few were gestured forward closer to the recessed center of the lodge by Colleen, our guide. Even so we were pressed against each other’s side so tightly that the sitting method I learned in Kindergarten no longer held water.

Wielding antlers, two of our members guided the first four glittering and brittle stones to the center of the sweat lodge, in a particular order of significance, and the sweat began. I was shocked by the amount of sweat that started appearing on my skin. Colleen threw the first herbs on the stones, and I tried to breathe but my nose was scalded. Truthfully speaking, I had thoughts of doubt—I would be driven out by the heat. Colleen reminded us in the same tone as before the sweat,

“Don’t focus on the heat. Keep thinking about the people in your life. Just pray in whatever way you can.”

I thought that would work before the next four grandfathers were dropped in and the door was closed. As the flap of canvas and material cut off all of the outside light, the heat shocked me in the same way that the lesser heat of Ukunda shocked me as I left the aircraft on the coast of Kenya. Kenya, once my home, is what I thought. My friends, wherever they are. And my grandparents. Any thought clearer than that was sluggish, so I contented myself with combining a thought of God and thoughts of others and calling it prayer.

The first water was ladled onto the stones and steam was poured from the rocks to the air surrounding our heads. The rocks did not change colour like I had expected. They remained the same dragon eggs as before—there were quite a few shell fragments that had split off in the handling process. It probably increased the surface area that radiated heat. The steam from the stones was pierced with spice and made it harder to breathe. Even with my measured breaths I could feel my heartbeat in my neck.

When Colleen introduced the sharing in the sweat, I racked my brains for a reason for being there that made sense, and that was true. A few minutes ago, I wasn’t aware I was seeking a purpose or direction for my life. Nevertheless, that’s what I shared with the group, slowly, taking full breaths when I needed them. I felt controlled and measured. Wouldn’t it be better if before we said our words, we all held them in our hands and looked at them a while?

Colleen had the door opened for a few members to crawl out, and I snuck in some resolve regeneration. Even with the next stones added the sweat lodge cooled down significantly. I embraced the relative comfort of the door open, and the task (it was still a task to me then) seemed manageable. More steam. More herbs. More sweat. I wiped the beads off of my face with my damp towel.

Then, unexpectedly, when the door closed again and the last grandfathers were brought in, it still seemed manageable. I thought to myself what a glorious discomfort. Not those words exactly but there was goodness in my situation. In Canada, in the midst of this experience I was invited to. Nearly swimming in Anishinaabe culture, I could barely feel that there was no bottom.

As more space in the sweat lodge became available my bones and muscles had the chance to relax. Everyone had finished sharing by that time. Colleen said a few more words to guide our reflections, but then she said something along the lines of “That’s it”, and the sweat was officially over. I was surprised, and worried that it was customary to share more thoroughly; that I had missed my chance to go deeper. I wished I had done it right.

When someone asked Colleen if some people could stay in the lodge, to sing some songs, I stayed for about four songs. Then I left satisfied by Colleen’s generosity.

I made a cultural blunder when I exited the sweat: I walked over the line of cedar leaves to give a towel to someone who had forgotten it. I then crossed the line of cedar again as I walked clockwise around the canvas shelter, with the sweat lodge at one focus of the oval, and with the sizable fire at the other focus. I saw my fellow humans standing in the doorway and a wide smile burst on my face. I could feel it.

I took a breath or three of cool air. Oxygen comes so quickly to our lungs. I walked to the welcome of six or seven of my fellow humans. They asked me how it was with me just like the caring people they are and hope to be, and without cognitive reason I spoke my feelings. All the threads of my life and existence are woven into these surroundings, this nature, and these people. Only in the aftermath of the sweat could I realize that fact as deep as a smile that stayed in my eyes for the next 3 hours.

After a few good hugs and exclamations of joy, I headed into the house to change out of my now cold and still-wet clothes. I had to wait in line. A trivial little line. I didn’t need to sit down, and I wasn’t in a hurry. However, I did drink a lot of water. No matter how much I drank my body soaked it up like the red Kenyan soil at the first rains.