'Diets Never Work' & Other Lessons Learned From My Nutritionist

by Alisan Keesee 2 months ago in weight loss

I came hoping to eat "healthy" again and left eating more carbs than I have for years. 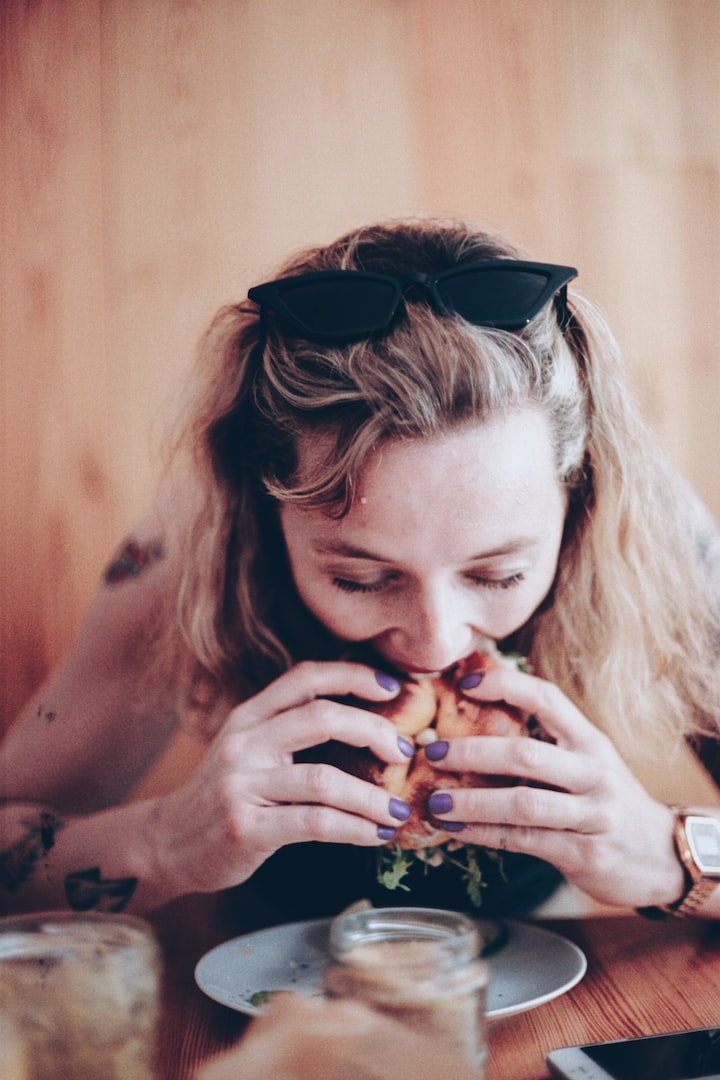 Photo by Florencia Viadana on Unsplash

I started dieting in 2018. After losing 20 pounds due to a long lasting infection, I decided to continue to keep the weight off. I said I was going to do it right. I still ate what would be considered off limits in most diets: french fries, cake, Oreos, etc. I just ate less of them.

As time went on though, I did start trying to eat more widely accepted "healthy" foods. I stopped losing weight when I reached the low 130s. This was frustrating because I was so close to my goal of 120 pounds. Technically, I would end up reaching that goal, but I never sustained it.

At my worst restriction period, I would eat around 1100 to 1300 calories a day. I'd go for runs without replenishing my body afterward and I'd chastise myself if I went over my allotted calories for the day.

Except for the days I planned to binge. On these days, I wouldn't count calories, even though that would eventually lead to guilt. I'd eat the things I normally would not let myself have. I'd eat until I'd make myself sick. And then, the next day, I'd barely eat at all. One meal, maybe. 500 calories or the whereabouts.

This is why I decided to seek out a nutritionist. Well, that and my therapist recommended it. I've been attending nutrition appointments for a few months now and I have come to a point where food does not consume nearly every waking thought anymore. Yet, I have not yet finished my treatment.

Still, I feel that I have a learned a lot from meeting with my nutritionist. Here are a few of those things.

#1: Genetics play a bigger role than most think

For my first two appointments, I saw a nutritionist who would end up not being the one I would see regularly. However, she did still offer great insight. First off, that genetics play a much bigger role in the way we eat and what we weigh.

As an example, someone who eats copious amounts of sugar every day may never develop diabetes, despite their diet. Yet, someone with a fairly well balanced diet may end up with diabetes due to a genetic predisposition. For me, this is likely the case. I know that I am genetically predisposed to type II diabetes and have multiple grandparents and one parents with it.

This does not mean that I should live off of sugar, of course. Diet is still an important part of diabetes prevention, but it is not the only part, and in fact, may only be a small part.

#2: The influence of hormones

During my journey with the nutritionist, I got diagnosed with Polycystic Ovary Syndrone, or PCOS. It is an endocrine disorder which affects many aspects of my daily life, including my weight. Not only was this quite validating, but once I started treatment, I noticed a difference in my hunger cues.

Not only was I less hungry, many of the cravings I experienced went away. I still have cravings (I am still human), but they are less intense, easier to satisfy, and often for things such as Indian food or pasta which can be enjoyed easily and without the worry of a full out binge.

#3: The way you talk (and think) about food matters

The words often used to describe food by dieters include "good" and "bad". Two of the most simple words in the English language can impact so much. Having a "bad day", "being bad", or indulging in a "bad food", all reinforce shame in yourself. If you binge, this can often lead to binging. It can also lead to restriction. Both of which are less healthy than if you had just indulged once in the first place.

My nutritionist continued to call me out during our appointments about the way I talked about food, myself, and my habits. As I practiced changing the vocabulary, my thoughts around myself and food began to slowly change as well.

Let me clarify: do people lose weight on diets? Yes. Do they keep the weight off? Typically, no. In fact, according to the Intuitive Eating book, around 2/3 of people will put the weight back on. While for some, the weight loss may only last a year, for others it may last a few.

In my case, I have not gained all the weight I lost back, but I did gain a significant portion of it. I gained the weight back in about four months, when it took me over a year to lose (my PCOS probably factored into this). The only times I have kept weight off is when it naturally came off due to sickness or natural changes in my lifestyle or life. For example, losing my baby fat and walking more.

#5: Losing weight is not vital to your health

Also, doctors are the ones monitoring your weight, not your nutirionist. If you can find balance with eating and freedom from an obsession with food (whether that be eating too much or too little), often weight loss can happen anyway. This is similar to diabetes treatment. Eating foods low in sugar and processed carbs is good for diabetes, but also does tend to result in weight loss.

Genetics also play a role in weight. According to my genetics, I am predispositioned to weigh 9% more than the average woman of my age and height. This is roughly on par to the average weight I've maintained throughout my life.

Measurements such as BMI fail to take certain key factors into account when calculating your result: muscle mass, race, medications you take, if you have had children, etc. All of these factors could result in being "overweight" or "obese", but also still potentially perfectly healthy.

It is only ONE tool and ONE indicator of health. It should be viewed with many other factors like the ones listed above along with other measurements to accurately determine health. A high BMI does not equal unhealthy.

Working with a nutritionist has reduced a lot of stress in my life. I am more productive, more satisfied with what I eat, and rarely find myself binging anymore. Am I perfect? No. I still have my moments. I still find myself mentally adding calories or pulling out my phone calculator. Sometimes I still binge. But, it is less, both in frequency and volume.

More stories from Alisan Keesee and writers in Longevity and other communities.