Can eating apples at night hurt your stomach?

by Szaflarski Salmonson 2 months ago in advice
Report Story

When is a good time to eat apples? 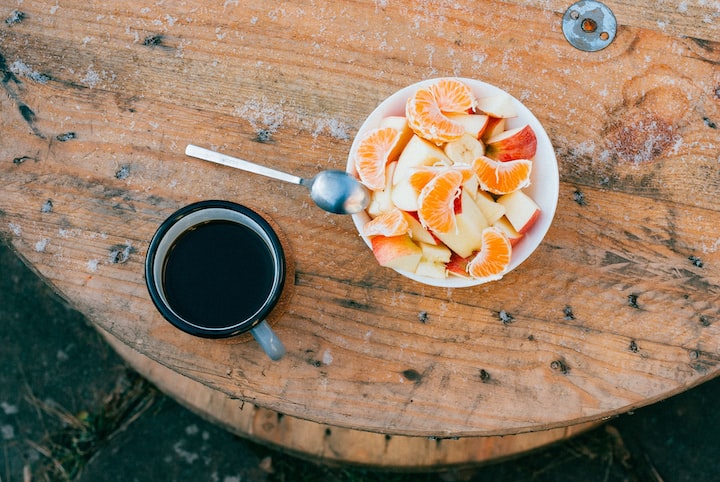 Photo by Alex Kotomanov on Unsplash

The apple is not a very special kind of fruit, and there are many people who love to eat it, but it is not as famous as durian, nor is it as sought after as carrion, or the price is high, it should be considered a commoner fruit.

Although it can also bring some benefits to the body, but not so stunning, and even, some people do not like to eat, there is a saying, I do not know if you have heard, is "the morning golden apple, the evening poison apple", which is also caused a lot of people have some concern about the time to eat apples.

Is it true or false that eating fruit at night can easily hurt your stomach?

Especially for people with gastrointestinal diseases who have poor digestion, eating too many apples before bedtime will not be digested in time and will cause discomfort and may bring more damage to the stomach and intestines.

As a reminder, to avoid aggravating the gastrointestinal damage, do not eat fruit 1 hour before bedtime. And gastrointestinal function is better, the body has no problem eating apples at night, in fact, there is no impact, but also do not recommend eating too much at once, especially after a full meal, the feeling of fullness will be more intense, may also affect the sleep.

There are also people who say that eating apples at night will make it easier to ingest some toxins, which will have a negative impact on health.

What time of the day is better to eat fruit?

This naturally varies from person to person, normally, is not picky about the time, as long as you want to eat any time can, to ensure that the intake of reasonable on the line. Of course, for some people with physical illnesses, the time to eat apples should really be somewhat delicate.

As mentioned above, people with gastrointestinal diseases, the intake of too many apples before bedtime, may form damage to the stomach and intestines, in order to avoid damage, it is also recommended to eat outside of bedtime, preferably in the morning or afternoon tea time to eat, can reduce physical damage.

People with diabetes also need to pay attention to the time of eating apples, mainly because apples contain more fructose, and the intake of more or at the wrong time may raise blood sugar, which is not conducive to the control of blood sugar.

If you do not want to affect your blood sugar level, it is recommended that diabetic patients do not eat apples immediately after meals, but preferably at a two-hour interval as an extra meal, and that the amount of intake be strictly controlled.

What can the body get from eating apples regularly?

Most people say that eating apples in the morning is good, mainly because apples are rich in fiber, which can mobilize the movement of the stomach and intestines, and when the movement is accelerated, the digestion and absorption of food will also become faster, which will help moisten the intestines and facilitate the smooth discharge of stool.

With the changing times, we are paying more and more attention to oral health, mainly because oral problems on life will also cause some trouble, more importantly, the incidence of the problem is also becoming higher.

What's more, oral problems, not only scourge to the mouth, but also may bring damage to other parts of the body, such as the respiratory system, heart, in order to protect good oral health.

Eating some apples regularly can maintain the acidic balance of the mouth and reduce the breeding of bacteria, which will also reduce the risk of some oral diseases and less likely to have bad breath problems.

For aging, modern men and women will be more concerned about this matter, after getting older, will also find ways to slow down the aging, so that aging can come slower.

The food that can fight aging will certainly contain more antioxidant substances, vitamin content will be richer, can reduce free radical damage to the body and skin, but also has the role of antioxidants, can better resist aging.

Increase the sense of satiety

Apples, more suitable for people who are losing weight to eat, can increase the feeling of satiety, it is less likely to appear hungry feeling. In addition, the fiber in apples can also promote the body to absorb and digest food, to avoid excessive fat accumulation in the body.

Appropriate eating apples can bring benefits to the body, especially in the above areas, but it is necessary to look at it reasonably, do not over-deify the role of apples, but also do not overly panic about some of the damage caused by apples, to ensure that the intake is reasonable, and according to their own situation to intake is good.

There are many ways to eat apples, but it is important to remind one thing, reduce the intake of sugar, some people will like to eat dried apples, or add added fruit tea, these may lead to excessive intake of sugar, which is detrimental to health.

The so-called enemies are only those who force us to become strong ourselves.

More stories from Szaflarski Salmonson and writers in Longevity and other communities.