by Gonzaga 2 months ago in science
Report Story 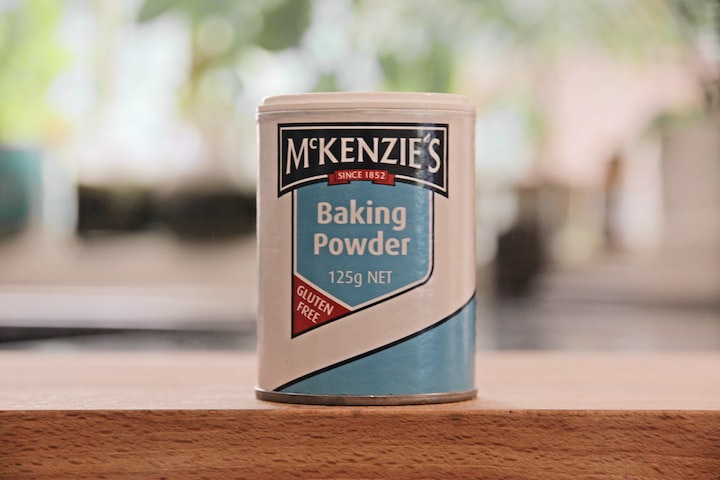 The incidence (or detection) of hyperuricemia, as well as gout, is increasing every year. The seafood-eating and beer-drinking nightlife of coastal city residents during the summer months has made gout attacks common. Many patients have co-existing metabolic diseases such as obesity, hypertension, hyperglycemia, and fatty liver.

Since hyperuricemia is asymptomatic and gout attacks are recurrent, many patients do not pay attention to it and "eat and drink, no pain, no medicine". There are also many patients who, after reading the instructions of commonly used uric acid-lowering drugs (benzbromarone, febuxostat, allopurinol, etc.), are afraid to use them for fear of adverse reactions to the drugs. In contrast, baking soda, which is recommended by doctors and commonly used for making porridge and noodles, has become the most common ingredient used by many patients.

Baking soda, whose scientific name is sodium bicarbonate, is an alkaline substance that has many familiar uses in daily life, such as cooking porridge and making noodles. Baking soda has also been used for a long time for medical purposes. In the past, it was commonly used to relieve heartburn, stomach pain, acid reflux, and other discomforts caused by excessive stomach acid. Today, it is commonly used by doctors in treating patients with high uric acid and gout to alkalize urine.

The acidity of urine affects the metabolism of uric acid

Hyperuricemia is a type of disease caused by abnormal purine metabolism in the body, resulting in excessive blood uric acid. Excessive uric acid forms crystalline deposits, which are deposited near the joints and can cause gout.

If such tiny crystals are deposited in the renal medullary interstitium or deposited in the distal collecting duct, renal calyces, etc., they are often difficult to detect by ultrasound and other imaging examinations, and will appear as proteinuria, hematuria, edema, etc., as the damage to renal tubular function increases, and are clinically and customarily called uric acid nephropathy. If such stones are larger and are found in the renal calyces, pelvis, or ureter, they also fall under the category of uric acid nephropathy and are often referred to as urinary stones. While urinary stones often attract attention because of their pain, the former type of uric acid nephropathy, which is a hidden and small area, is more dangerous and should not be ignored.

To increase the excretion of uric acid in the blood, the most common non-pharmacological treatment is to drink more water. It is recommended that patients with hyperuricemia or gout drink at least 1500 to 2000 ml of water daily. Drinking more water can dilute urine and uric acid, thus raising the pH of urine. The next thing is to add foods that can alkalize urine appropriately, and baking soda is the first choice.

Maintaining a certain urine pH is conducive to the maximum solubility of uric acid elimination, thus having a certain effect of reducing uric acid. Among the drugs for hyperuricemia and gout, baking soda is not a uric acid-lowering drug, and its role in lowering uric acid is negligible. Its main role is to alkalize urine and prevent the precipitation of uric acid crystals, thus reducing the health risks of uric acid nephropathy.

How to use baking soda

The protocol for the use of baking soda is simple: 0.5 to 1 gram per dose, 3 times/day. The following points are suggested for your reference: the dose is not dead, and the urine pH should be actively monitored to maintain it at 6.2-6.9; during nighttime sleep, the blood flow to the kidneys is abundant, and the urine pH at this time may be different from daytime, plus there is no exercise and less water to drink at this time, which may be more conducive to uric acid crystals deposition, therefore, do not neglect the first urine pH monitoring before bedtime and in the morning, and consider adjusting the dosing time and For patients with gout who are not suitable for taking sodium bicarbonate, potassium bicarbonate can be used, as the latter has a lower sodium content and is more suitable for patients with cardiac insufficiency and hypertension.

More stories from Gonzaga and writers in Longevity and other communities.